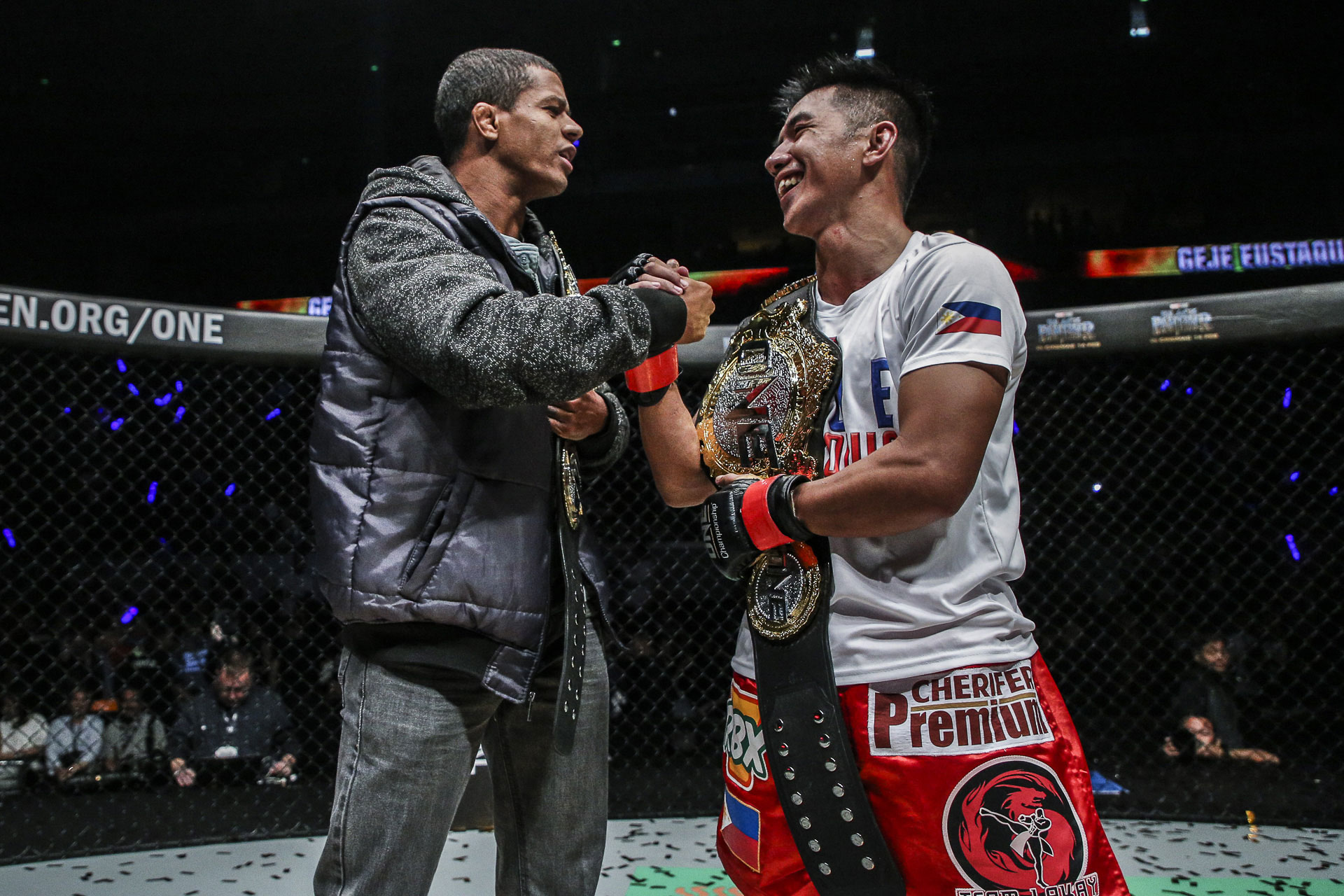 After months of wait, the ONE Flyweight Championship is set to be unified.

Interim champion Geje Eustaquio of the famed Team Lakay camp will have another crack at reigning Flyweight champion Adriano Moraes, when they face each other on June 16 in the main event of ONE Championship: Pinnacle of Power in Bejing, China.

The two fighters first met back in 2014 for the vacant world title, where Moraes won in the second round via submission.

Since then, a lot has changed in the career tracks of the two.

Eustaquio, who owns a 10-6 record, was able to put a decisive end to his rivalry with Kairat Akhmetov last January to win the interim crown.

Moraes, on the other hand, was able to regain the crown after defeating Akhmetov back in 2017. The two-time champion succeeded in his first title defense last November, with a masterful first round submission win over Danny Kingad.

Can Eustaquio finally land the big one, or will Moraes continue his mastery over Team Lakay?