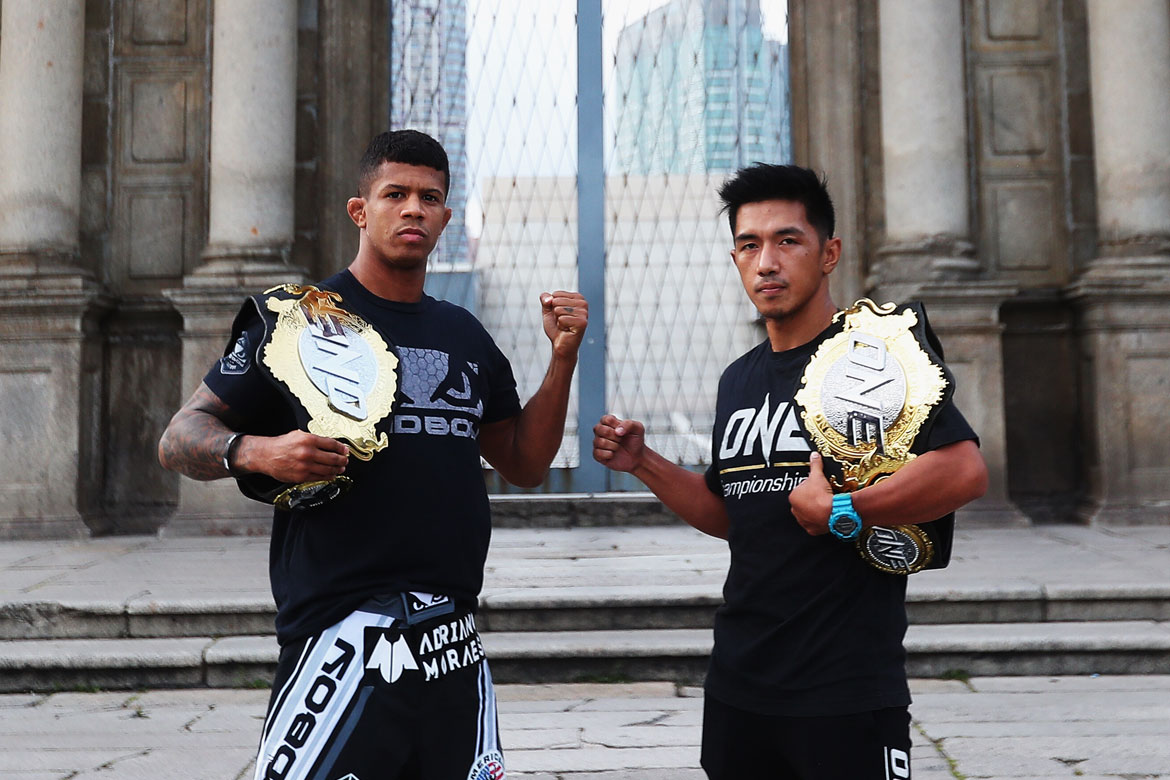 The face-off happened at the sacred grounds of the Ruínas da Antiga Catedral de São Paulo in Macau, China.

A master of rematches, Eustaquio is looking to avenge his loss to Moraes back in 2014.

“I am proud to be recognized as one of the best flyweights in the world, but there can only be one ONE Flyweight World Champion, and by the end of the night, I am confident my hand will be raised in victory,” vowed Eustaquio, who has won four of his last six fights.

“This belt is important to me because it symbolizes all the hard work I have put in over the years to get to this point — all the sacrifices we have made as a team, all the progression. This belt is not mine, but ours,” he added.

“I have so much respect for Adriano Moraes as a martial artist, but it is my time now. I will leave the arena the undisputed ONE Flyweight World Champion.”

But Moraes has been unstoppable in ONE Championship.

A Brazilian jiu-jitsu black belt, the 29-year-old Brazilian has only lost twice in the promotion and is on a four-fight winning steak – all but one coming by stoppages.

READ  Will Danny Kingad be Team Lakay's next World Champion?

And he is not looking far ahead to create a legacy.

“The most important thing in this sport is what we can give back to it. It is a learning journey, and I want to pass my knowledge forward for the future,” he said. “If I can do this by inspiring fans with my performances, then I am happy. It is all about balance.

“This Saturday night, I am facing a great warrior in Geje Eustaquio, a man whom I respect as a person and as a competitor in this sport. He is coming with his best, and it is only proper to give him my best performance as well,” he pointed out.

“This is going to be a showdown between two top-level martial artists. May the best man win.”

Also in the card for ONE: Pinnacle of Power on Saturday, June 23 are Team Lakay’s Edward Kelly and Danny Kingad, who will take on Narantungalag Jadambaa and Ma Hao Bin respectively. Compatriot Rodian Menchavez takes on Kai Wen Li in the undercard as well.