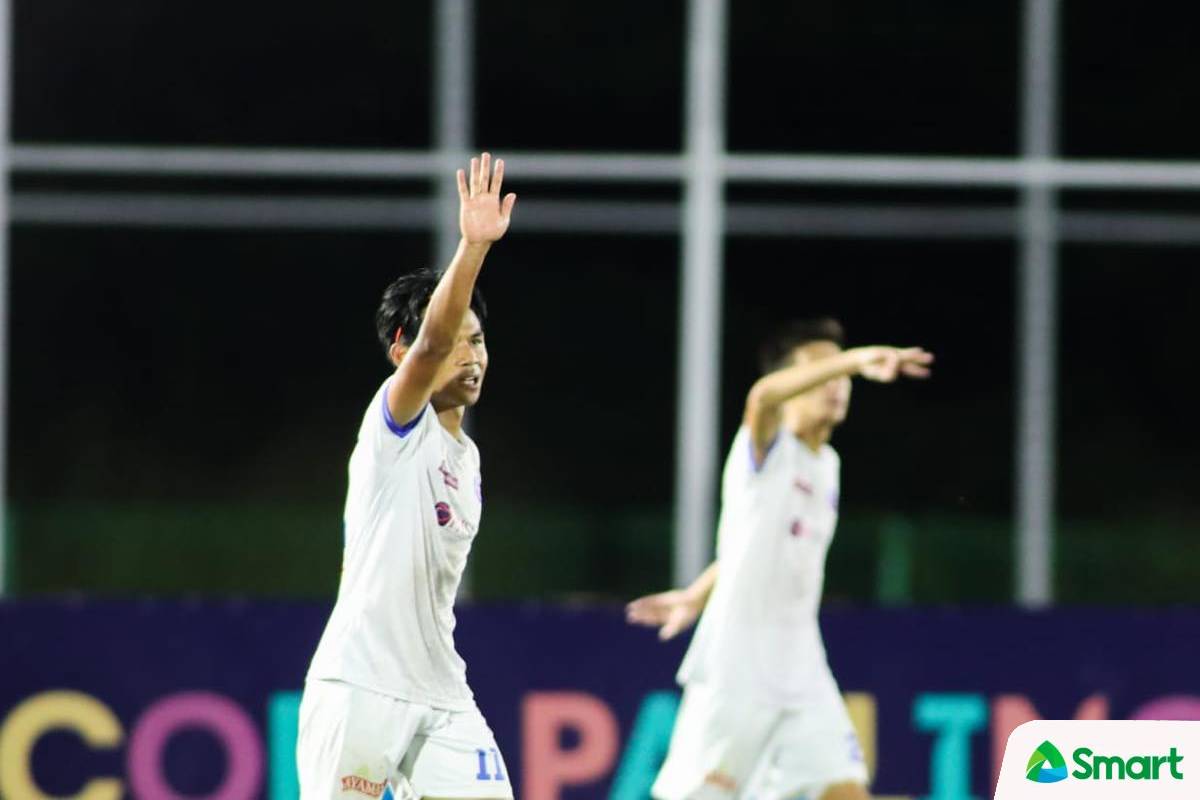 Yrick Gallantes was the hero for the Azkals Development Team as his late goal propelled his side towards the 2021 Copa Paulino Alcantara final with a memorable 2-1 victory over Stallion Laguna in extra time, Wednesday evening at the PFF National Training Center in Carmona, Cavite.

The 20-year-old Gallantes headed home the cross of winger Oliver Bias in the 116th minute to win the semi-final fixture for the ADT. It was a climactic finish to the game for the ADT as goalie Quincy Kammeraad produced some fine saves against Finn McDaniel and Nate Alquiros to protect his team’s goal.

Beforehand, perhaps the biggest blow, though, for ADT came at the 86th minute. Star player and captain Jarvey Gayoso subbed out for Ivan Ouano following an apparent hamstring injury.

“We were always in the game,” said Gallantes. “Jarvey, after his injury, we had more motivation to win the game and we did.”

Following a goalless first half, both sides were able to put the ball at the back of the net in the second period. Stallion defender Abraham Placito drew first blood with a header off a corner in the 53rd minute. Conversely, ADT skipper Gayoso converted Dennis Chung’s cross with a header of his own in the 67th minute.

The ADT shall contest the final scheduled this November 19, 2021, Friday, with kickoff at 8:15 PM. On the other hand, Stallion Laguna will play in the third-place playoff at 4:00 PM.