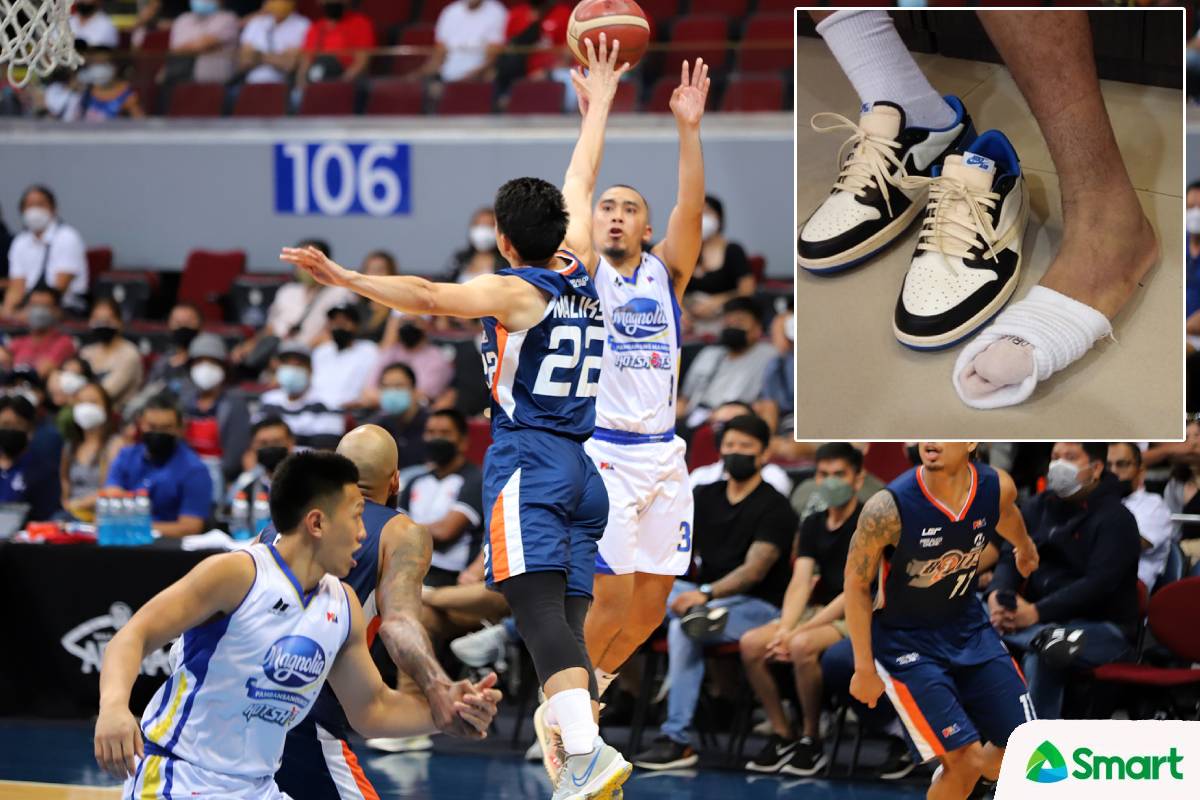 Paul Lee is not one to make any excuses, but he bared that a left ankle injury has been bothering him in the 2021-22 PBA Governors’ Cup semis.

The Magnolia star disclosed as much shortly after scoring just a lowly five points in their 95-101 defeat to Meralco in Game Three Sunday evening. The loss has put the Hotshots in a precarious position in the best-of-five series.

“I’ve been battling (through) my sprained ankle. I don’t wanna make that an excuse, but it keeps bothering me.”

Lee said that he suffered the injury during a light team practice a day before the semis, while working out by his lonesome. And all that he has done since then, he added, was to make the pain subside through ice and therapy.

More than the sprain itself, however, the fact that he got hurt again during the playoffs is what makes it so painful for the champion guard.

He also played through a banged-up shoulder in the 2021 Philippine Cup playoffs – the reason why he was far from his ‘Leethal Weapon’ form, especially in the Finals. There, they lost to TNT in five.

“It’s just hard for me. It’s in the playoffs again,” lamented the Tondo native, who averaged 11.5 points in the first two games of the semis.

Lee was really aching to bounce back this conference. But the injury bug just couldn’t leave him alone, thus the immense frustration on his part.

“Very frustrating,” he said. “All throughout, I’m fine. Walang iniinda after the quarterfinals, and then the day before ng semis, an accident happened.

Lee, though, isn’t quitting whatsoever. He’s neither throwing in the towel despite his Magnolia now down 1-2 in the race-to-three affair.

“Next game mentality. Bad game, let’s go back on the drawing board, and be ready for the next game,” said the 10-year vet out of UE.

“At least we got two days of preparation going to Game Four. We still have a chance naman e. We’re down, pero we’re still not out. May another game pa. Make sure lang na we have the proper mindset going into Game Four.”