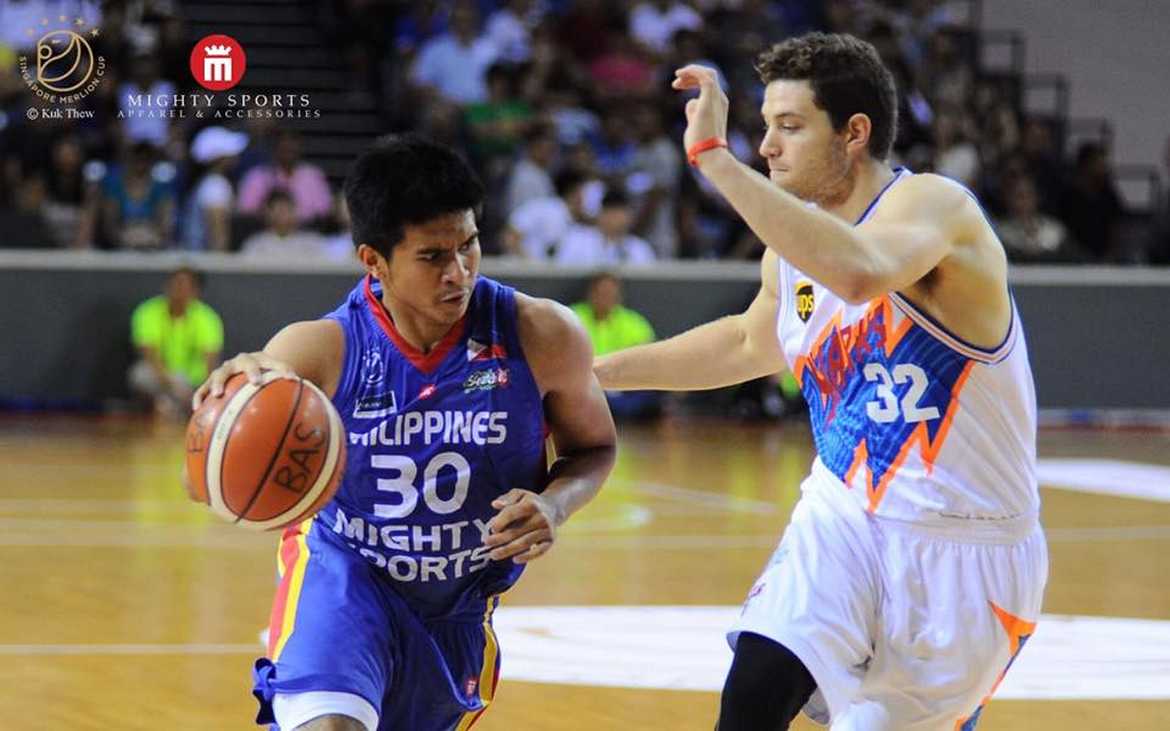 Mighty Sports is undefeated no more as they bowed to the China-based club team Shanghai Sharks through late-game charities by Jimmer Fredette, 78-77, and settle for a runner-up finish in the Merlion CUp 2016 Final at the OCBC Arena in Singapore.

Lagging behind by 8-0 at the early part of the opening period, Mighty Sports, behind Kiefer Ravena, Matthew Wright, and Al Thornton, came back and took the lead, 10-8, midway. However, Fredette waxed hot for the Sharks, hitting basket after basket to lift Shanghai with an eight-point lead at the end of the first, 25-18. Fredette scored 17 in the frame alone.

Mighty Sports brought the fight to the Yao Ming-owned Chinese club team in the second frame. With Thornton’s offensive outburst in which he scored 15 in the period, the Filipinos crawled from a wide 29-19 lag early to snatch the upper hand, 38-37, approaching the two-minute mark. A Sharks trey put them ahead, 40-38, but Wright sank his own trey to close the first half in Mighty Sports favor, 41-40.

The Philippines displayed their dominant form in the third chapter, bursting to their first double-digit lead at 52-42 early behind an 11-2 run led by Thornton. Shanghai, meanwhile, were led by Fredette once more to keep pace with Mighty Sports, 54-50. They could not get any closer though, as Thornton and Ravena paced Mighty Sports to a 61-53 lead at the end pf the third.

Mighty Sports’ lead went to as much as 14, 69-55, in welcoming the final quarter. However, the foreign tandem of Fredette and Guerschon Yabusele lifted Shanghai and sent the frame to a 73-all deadlock. The Filipinos received a huge lift from Ravena after a four-point conversion of his that sen them up, 77-73, late in the quarter.

The Sharks closed in by two, 77-75, after a Zhang Zhaoxu basket. Mighty Sports had chances to secure the victory, but a costly turnover by Spencer made things bleak for the Filipinos. Shanghai failed to score on their first try with less than ten seconds left, but come the second try in which Fredette was the designated scorer, he pulled up for a triple, as time expired.

However, right as the final buzzer was tapped, a shooting foul was called on Mighty Sports. After a review, Fredette was sent to the line for three foul shots. The Brigham Young University standout calmly sank all his charities, thus sending down the Philippine side with a one-point victory for the gold medal.

The loss serves as the first defeat of Mighty Sports as a franchise. Prior to the final against the CBA team, Mighty Sports were 11-0, with their unblemished record in the 38th William Jones Cup counted in.