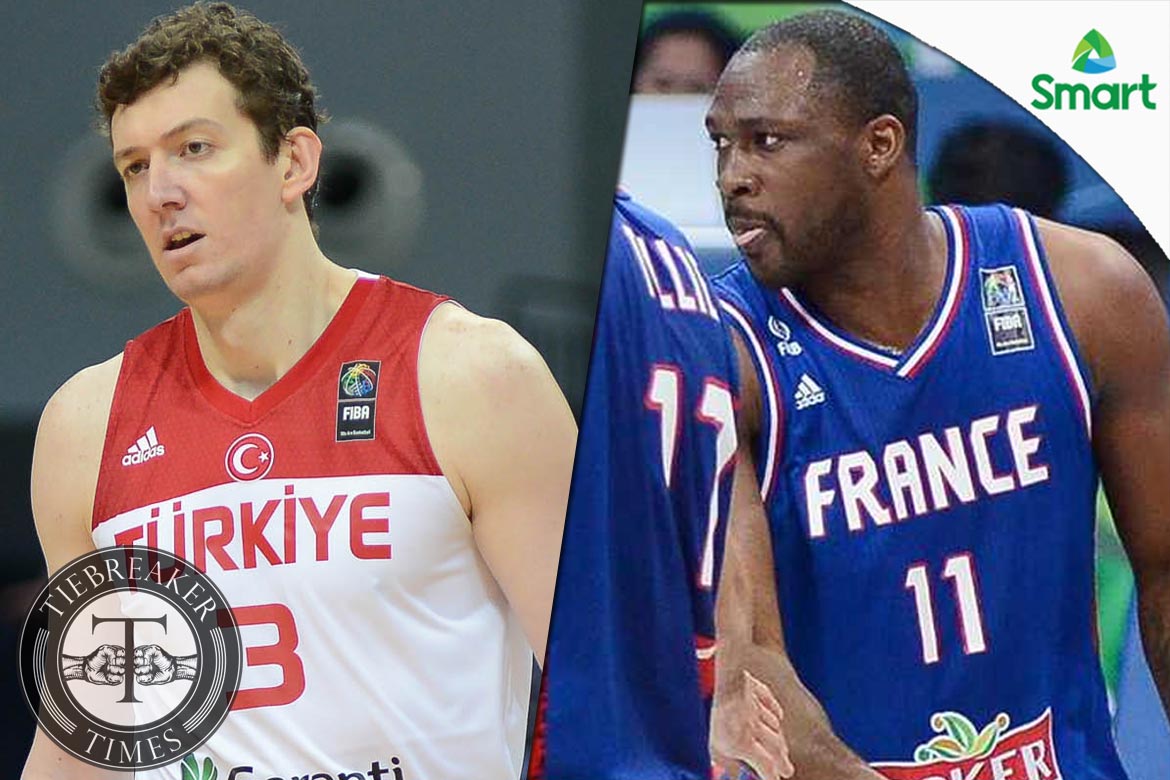 Although favored to win against Turkey in the semifinals of the 2016 FIBA Olympic Qualifying Tournament in Manila, Philippines, France expect a difficult duel against their opponents.

France advanced to the semi-finals as the higher-seeded team in Group B, after beating both Gilas Pilipinas and New Zealand. Turkey had to overcome Senegal, 68-62, to qualify in the knock-out stages.

Still, France head coach Vincent Collet does not want his team to underestimate their semis opponents.

That’s a team we know very well, know us very well. We used to play against each other almost each international competition,” Collet said.

“I know Turkey is a very experienced team, they have size, with (Semih) Erden and (Omer) Asik. They have talent behind Bobby Dixon (Ali Muhammed) and (Sinan) Guler.”

“For sure it will be a tough game. Both teams was to go to Rio and this is the first step to do that,” Collet added.

France hold a 13-3 overall head-to-head record against Turkey in official FIBA tournaments. In their last meeting, France defeated Turkey, 76-53, in the 2015 FIBA EuroBasket Round of 16.

But for Collet, a lot has changed since that point. Though Turkey won’t have leading scorer Ersan Ilyasova from that game, Collet stressed that France will also be without rim protector Rudy Gobert.

“It’s always a problem for your team when you don’t have your best players. But they don’t have IIyasova, we don’t have Rudy Gobert, it’s also important,” Collet said, adding that Turkey’s size could make difference in the battle.

“The inside game from Turkey, they bring the ball a lot to the low post, we have to control the rebounds. Our performance (against New Zealand) worried me a little bit,” Collet said of France’s game against New Zealand where they were out-rebounded by the Tall Blacks, 47-36.

“We got crushed by New Zealand,” he shared. “We have to do better against Turkey. If we let them grab rebounds like we did against New Zealand, it will be difficult for us to win the game.”

“They’re tall, they’re long, they play very good basketball. We have to be careful. We should start that game better,” Mickael Gelabale added.

France trailed by as many as 13 points against New Zealand before managing to launch a fourth quarter run which gave them the win.

“We know this team. This team is going to give it their all. They have good players. They are taller than us. We have to fight,” Gelabale said.

“It’s going to be a big game. There is only one team going to the Olympics. We expect a big game. We beat them last year but it doesn’t matter,” Florent Pietrus added.

“Next game will be different from last year. We have to be ready. If we want to go to the next round, play in the final, and have a chance to go to the Olympics, we have to think about defense first.”

Steve Nash on the birth of the NBA ‘Super Teams’