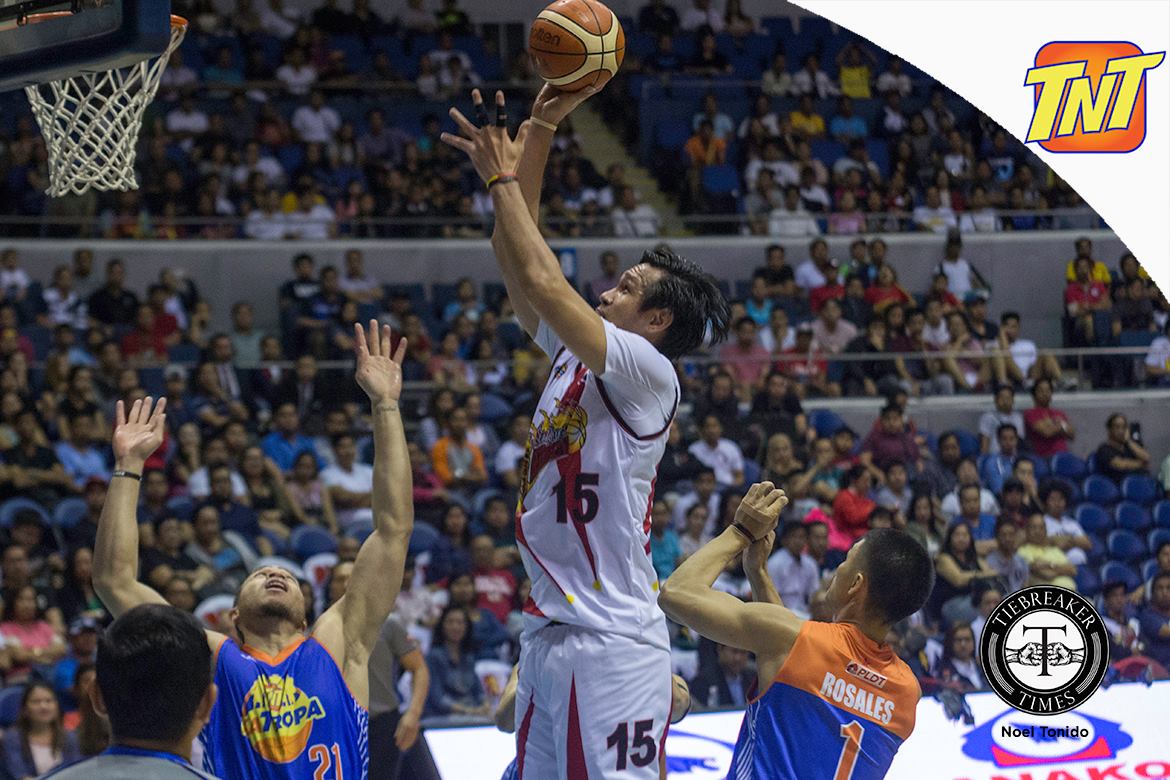 Sunday night proved to be a frustrating one for the San Miguel Beermen and June Mar Fajardo. Aside from the fact that they lost 98-92 and are now down 1-2 in the semifinal series, Game Three saw the reigning MVP struggle to keep himself on the floor.

As a result of his five personal fouls — his fifth coming with just five minutes left in the game, the 6-foot-9 Cebuano was limited to 16 points and nine rebounds and was just on the floor for 30 minutes, an instance where TNT greatly capitalized.

Those fouls called on Fajardo were a far cry from the fouls he was called on during their past two games. In Game 1, Fajardo only had three, and on Game 2, he was only whistled once in the whole 40 minutes he played.

For Fajardo, however, it was TNT’s tough defense on him that truly made a mark on his limited production.

Even teammates Marcio Lassiter and Chris Ross dished out their two cents on the three-time MVP’s foul-plagued outing that night, pointing out that Fajardo did not deserve to be whistled that much.

“I can’t really comment on the calls that were made,” said Lassiter.

“He’s our big man. He should be able to get calls at the end, but it just didn’t happen. He wasn’t able to get any calls.”

“I feel like the three-time MVP should get a little more respect. I don’t think he’s getting the respect that he deserves. They’re calling a lot of touch fouls on him,” lamented Ross.

“On the other side, they’re banging and grabbing and holding on him and he’s not getting any calls so I would think that a three-time MVP would have a little more respect.”

However, Ross is confident that Fajardo will be able to redeem himself the next game.

“June Mar will adjust. He’s not a three-time MVP for no reason,” the defensive specialist added.

And the 27-year-old center also believes he and the whole Beermen will still be able to get the monkey off their backs despite the 1-2 deficit.