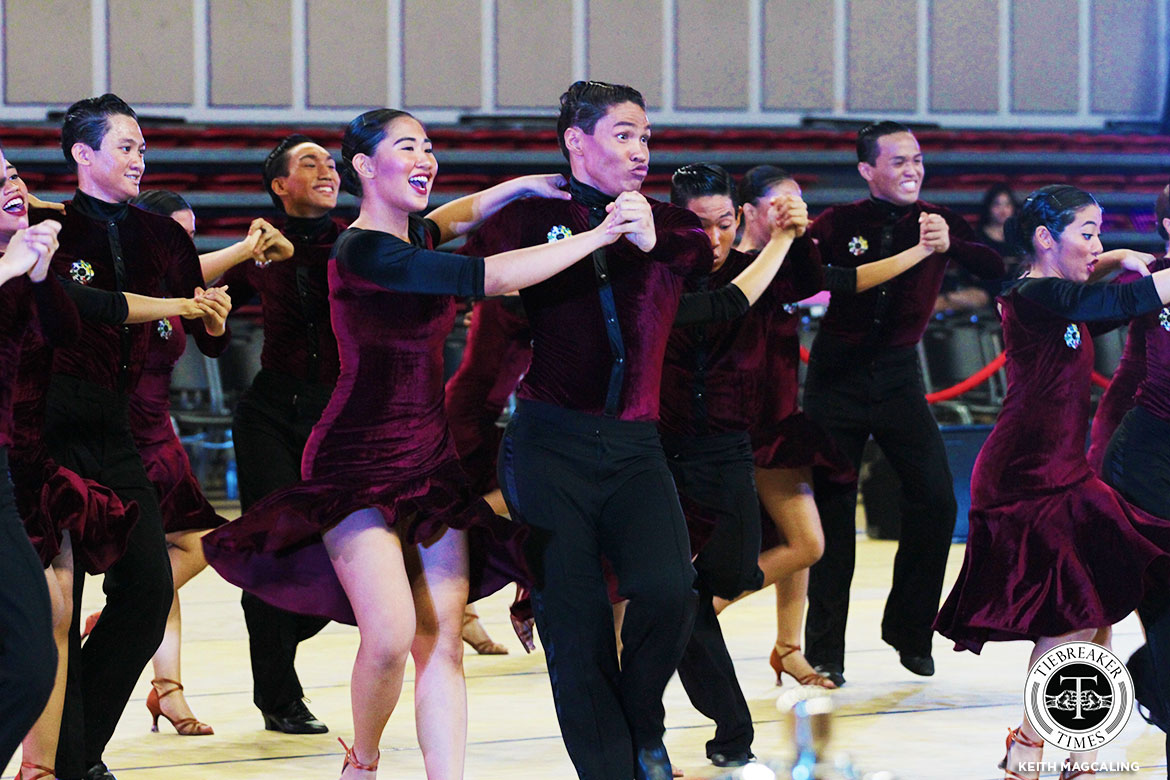 Back after a one-year hiatus, the UAAP Ballroom Formation tournament saw Cheerdance powerhouses dispute the two titles at stake.

The University of the Philippines Ballroom Formation Team pocketed their second straight Latin championship; while the University of Santo Tomas Sinag bagged their first title in the competition, Friday afternoon at the UST Quadricentennial Pavilion.

UP took home back-to-back honors after ending with a raw score of 92.1 – the day’s highest – and a final score of 89.1 after deducted penalties. UST reclaimed silver with 84.8, while FEU finished in third with 74.4.

UST were not to be outdone after securing the Standard gold, this time with 89.1 – just 0.9 points ahead of UP’s raw score of 88.2. State U incurred a three-point penalty, finishing with 85.2.

Similar to the inaugural season, teams competed in two categories of Latin, consisting of chachacha, rhumba, and jive; and Standard, which includes waltz, tango, and quickstep.

Aside from UP and UST, the Far Eastern University Dance Group participated for the first time in this side event, but for the Latin category only.

All five groups drew lots for the order of performance, irrespective of category, and UST’s Latin group started the competition rocking to the hits of Bon Jovi. 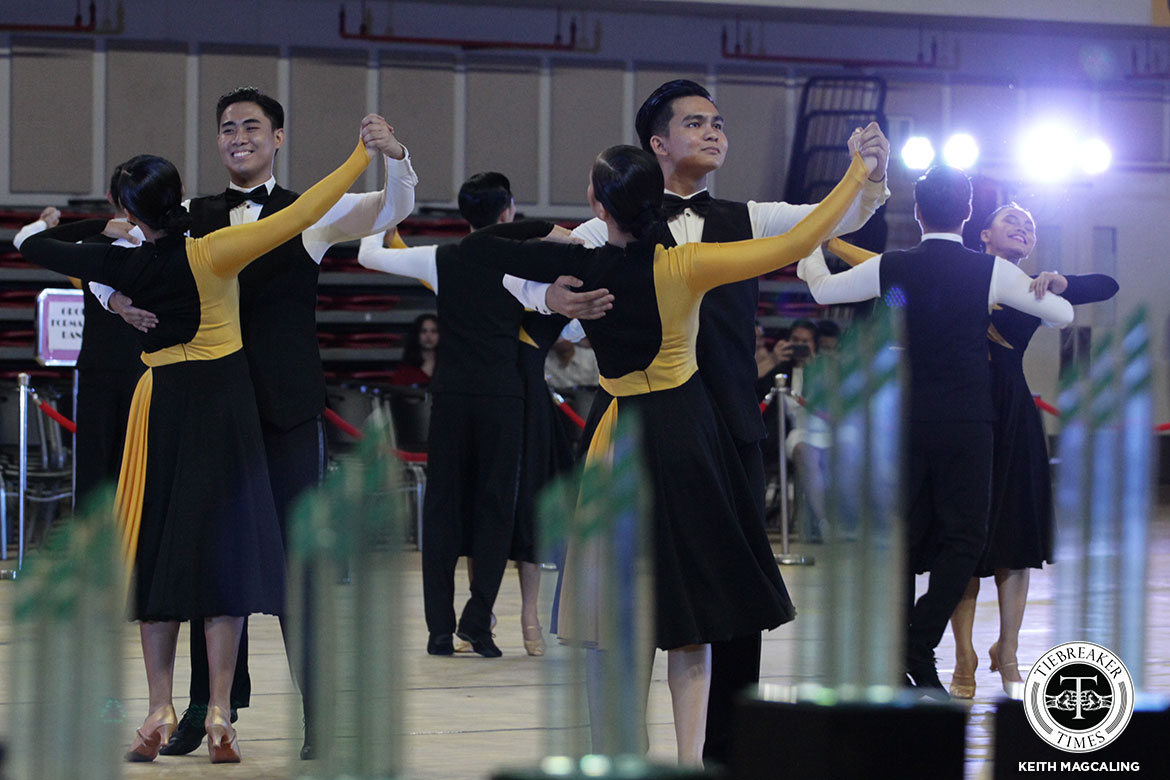 UP’s Standard followed with the revived versions of APO Hiking Society songs. FEU then took the floor to the beat of Michael Jackson medley.

The battle heated up as the hosts’ Standard section danced to an emotional breakup playlist of Without You by Joey Albert, Without You by David Guetta, and Sorry by Justin Bieber.

In the end, the last two performing groups pocketed the titles in Standard and Latin.