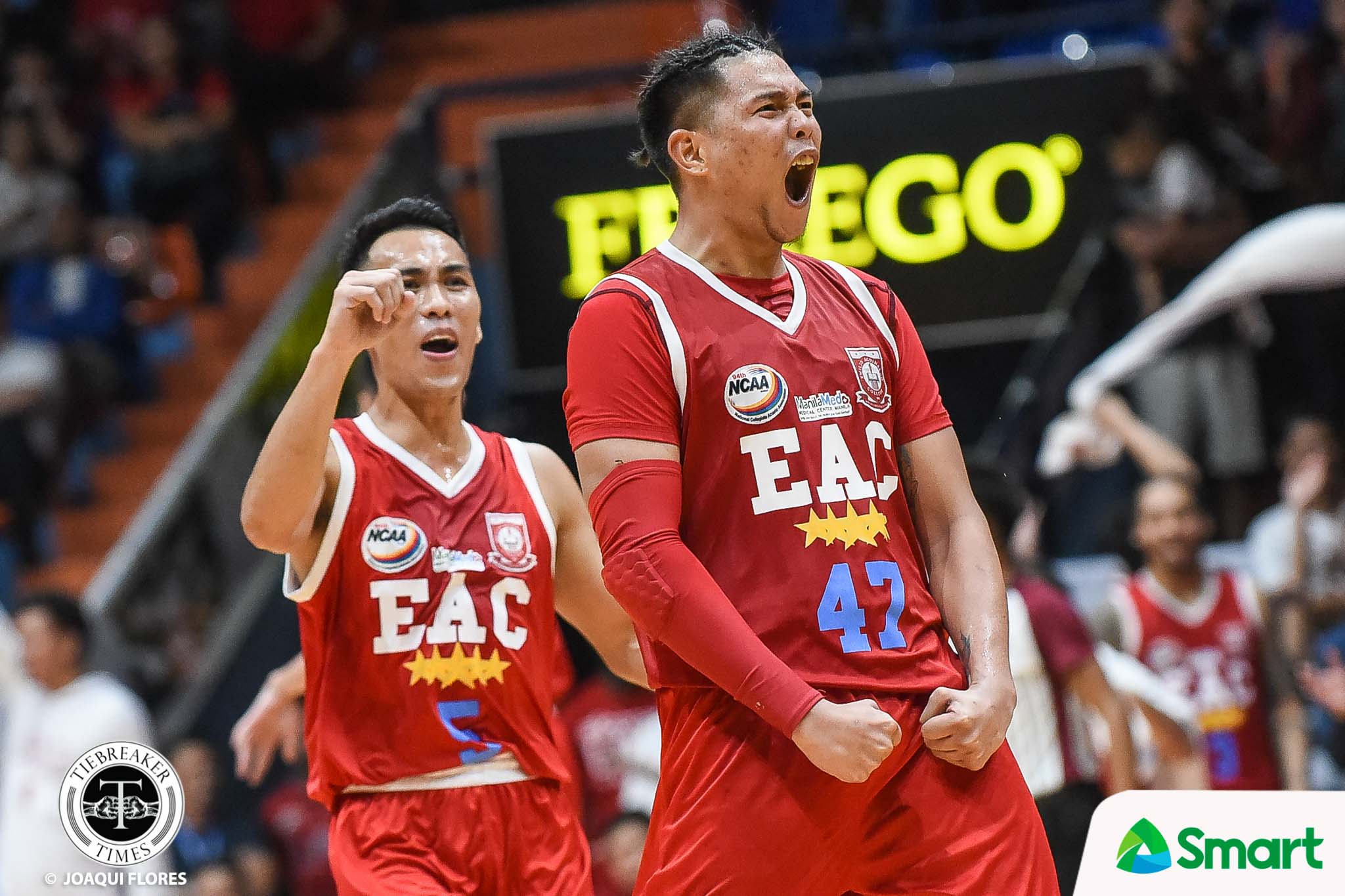 This is EAC’s second straight win to go to 4-12. Moreover, the Generals dragged down the Chiefs to 4-11 to end their Final Four hopes.

Ian Alban and Levi dela Cruz though did not go down easily. The two slowly sliced the deficit down to as low as six points, 66-72. It did not help that the Generals committed turnovers, settled for the outside shot, and missed free throws.

Garcia did not allow a meltdown to happen, knocking down a cold-blooded triple with 1:31 left to buck the Chiefs.

Garcia led EAC with 25 points with six rebounds, five assists, a steal, and a block. Magullano finished with 15 points on 7-for-10 shooting and 10 rebounds while Hamadou Laminou tallied 14 points, seven rebounds, and three blocks.

Dela Cruz and Ablan finished with 15 and 14 points respectively.

EAC looks to make it three in a row when it faces the Mapua Cardinals on Friday, October 5 while Arellano takes on the JRU Heavy Bombers on the same day.