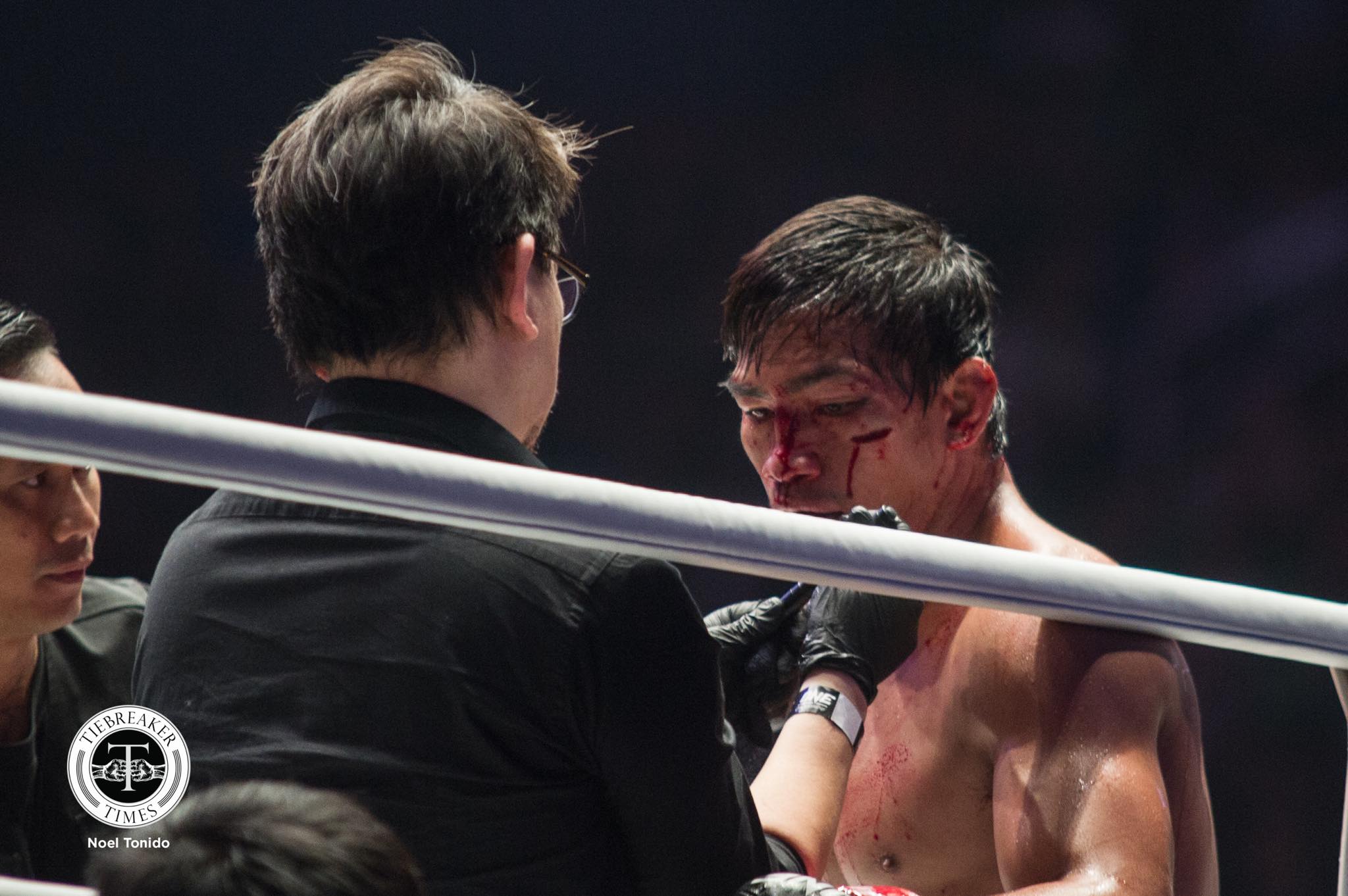 Though it was not the victory he wanted, it was still a clear victory for Eduard Folayang.

The former two-time ONE Lightweight World Champion took a technical decision win over Mongolian foe Tsogookhuu Amarsanaa, Friday evening during ONE: Masters of Fate held at the SM Mall of Asia Arena.

Folayang put on a masterful display in striking for the first two rounds. However, he was derailed by an “accidental” headbutt by Amarsanaa with 2:29 left in the second stanza.

It caused a huge gash under his left eye.

After ONE’s medical staff deemed that the Filipino icon could no longer continue, the bout went to the judges’ scorecards.

Fortunately, everyone saw the bout in favor of Folayang.

Folayang, who is coming off a two-fight skid at the hands of Shinya Aoki and Eddie Alvarez, rose to 22–8.