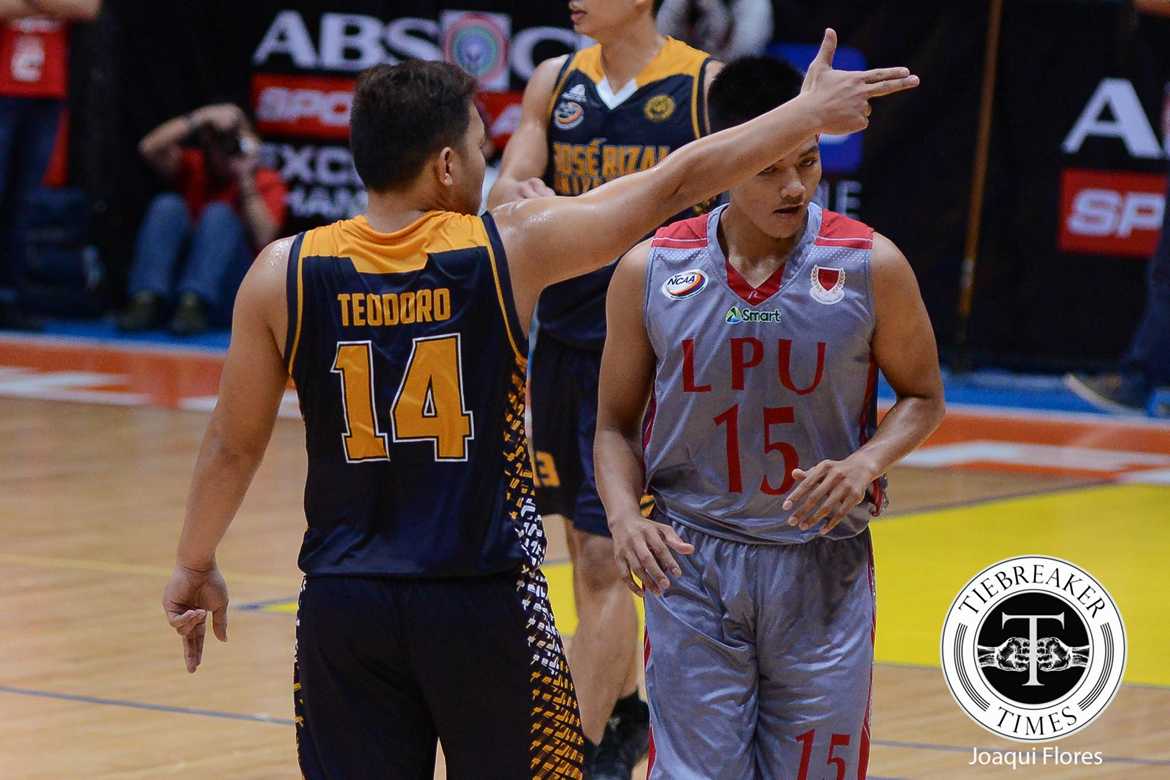 Just like that the Jose Rizal University Heavy Bombers are back in the Final Four race.

Teytey Teodoro and Abdoul Poutouochi combined for 19 fourth quarter points to life the Heavy Bombers past the Lyceum of the Philippines University Pirates, 68-58, Friday afternoon at the Filoil Flying V Centre in San Juan City.

The third year gunslinger scored 21 points on 8-of-19 shooting, knocking down three triples in the process. Foreign student-athlete Abdoul Poutouochi continued his stellar play in the second round with 14 markers and seven rebounds.

Going into the game, JRU head coach Vergel Meneses admitted that he and his team have vengeance on their mind after dropping their encounter in the first round against Lyceum.

The Pirates relied on Ian Alban in the final frame as the rookie scored 11 of the last 13 Lyceum points. Free throws by Alban with 1:03 left cut JRU’s lead to just four, 62-58.

Poutouochi, challenged by his match-up against Mike Nzeusseu, was able to connect on a fadeaway jumper. A miss by Nzeusseu then led to a dagger triple by Teodoro over the outstretched arms of Shaq Alanes to secure the victory.

Ervin Grospe added 15 points for the Heavy Bombers, 13 coming in the first half, while Abdulwahad Abdulrazak scored 11 points and grabbed nine huge boards.

It was a two-man show for Topex Robinson’s squad as Alban scored 27 points while Nzeusseu added 10 points and 17 rebounds. The rest of the Pirates scored a grand total of just 21 points.