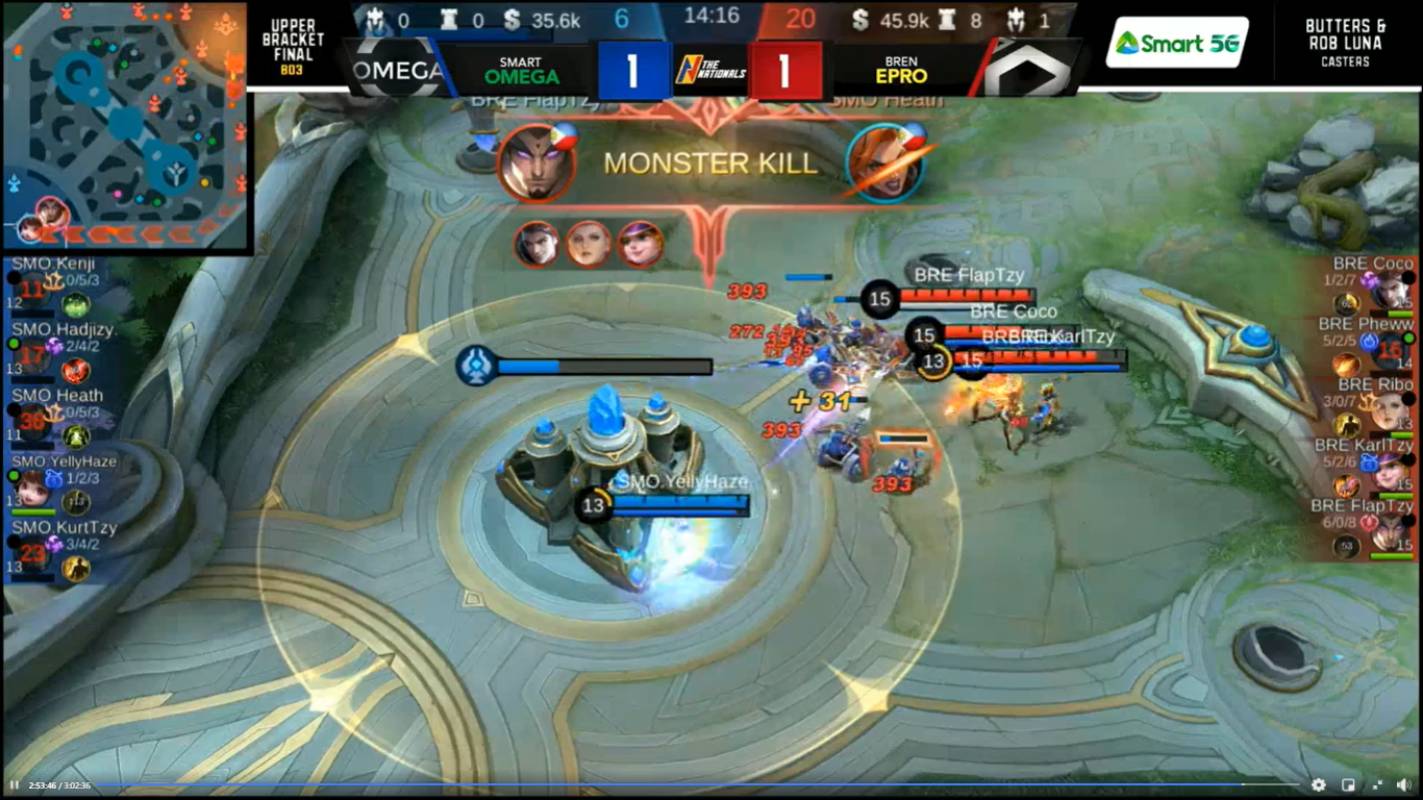 The 16-year-old offlaner put up a clean 8-0-8 kill-death-assist tally with his Yu Zhong in Game Three. He also led a late-game wipe out which allowed BREN Epro to secure the victory and send their rivals to the lower bracket.

It was a rough outing for the Omega side, who only tallied six kills compared to BREN Epro’s 21.

The match lasted for 14 minutes and 26 seconds.

KurTzy (Lapu Lapu) was the lone bright spot for the SMART-backed squad in Game Three with three kills, four deaths, and two assists.

BREN Epro brought out something new in Game One, lording over Smart Omega through KarlTzy’s Harley and Coco’s Claude. Smart Omega, though, was able to escape BREN Epro’s late rally in Game Two to even the game.

Smart Omega will be facing the winner between the STI E-Olympians and the Laus Auto Group Playbook Eagles for the last finals seat of the tournament tomorrow at 3:00 p.m.