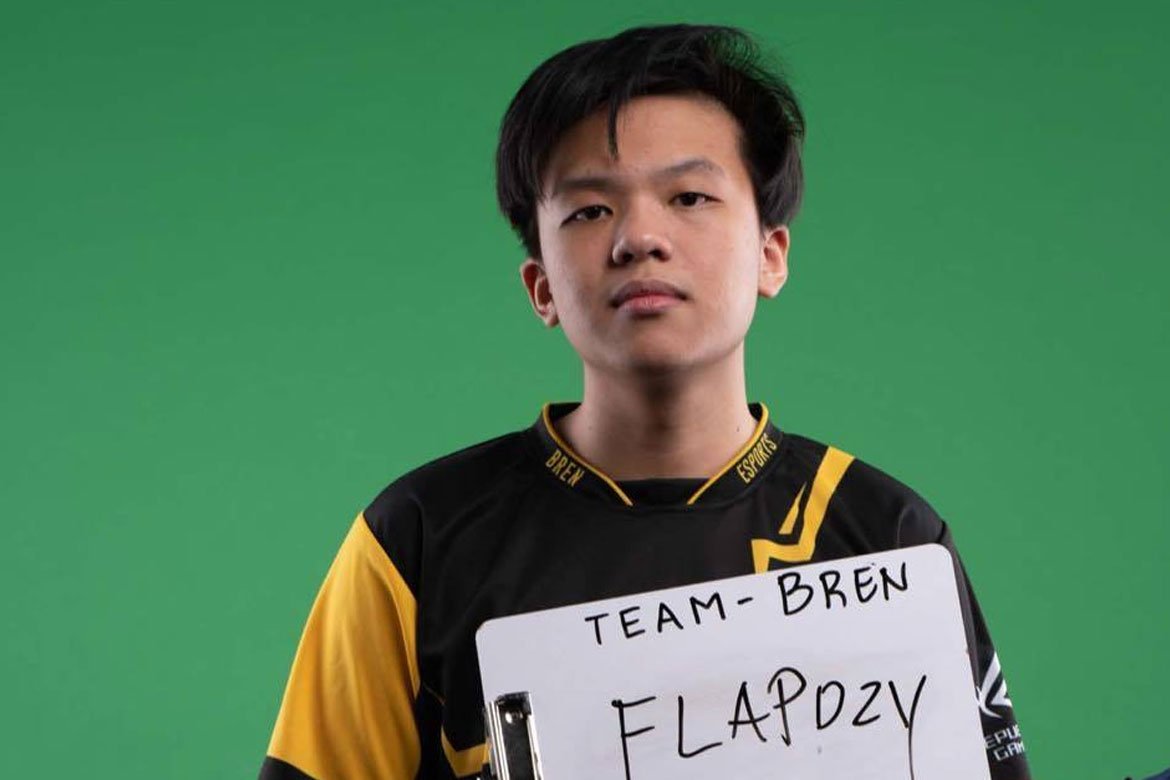 For every aspiring Mobile Legends: Bang Bang player in the country, making it to the professional scene has always been the number one goal.

And that dream finally turned to reality for David Charles ‘FlapTzy’ Canon when he finally made his long-awaited debut for BREN Esports in the opening day of the MPL-PH Season Six.

But FlapTzy had to go through a grueling process before reaching the ultimate goal.

The 16-year-old gamer started at the bottom of the food chain, playing in pub games just like any other player and honing his game through ranked games. That, until some professional players at the time finally took notice of his game.

His first break came when former MPL-PH champion Cignal Ultra recruited him to replace Yakou in the roster for the second conference of The Nationals. But it did not last long for FlapTzy, as Cignal made a surprising decision to revamp its whole roster, leaving him with no squad.

Left unsigned, FlapTzy started out his streaming career last March. He resumed grinding it out in pub games with the hopes of landing a spot in any of the MPL teams. His name boomed when he once streamed a game for 12 hours straight.

But it was in Season 16 of the game when he finally cemented his place as one of the country’s top players. Playing without an official squad, FlapTzy turned heads when he ranked number one in the Philippines — fourth in the whole world to be exact, in total points, with 5,792.

Just to give people an idea of how hard it is to reach the feat, the top three players — who all came from Indonesia — all had ‘jockey players’, which meant that they had three to six players playing in their accounts.

That FlapTzy placed fourth globally without the presence of a legitimate team is just mind-blowing.

After his phenomenal season, BREN Esports head coach Francis Glindro — who had been eyeing FlapTzy to fill the spot left by long-time BREN offlaner Mico ‘Coco’ Sampang — finally made the call and recruited the young prodigy.

“I have been watching his streams for quite some time before I recruited him.

“I really liked how he played. I thought he would be a good fit considering he is the same age bracket as Karl. I thought he will get along with him just fine,” he shared.

The rest is history.

Then just last Friday, FlapTzy finally stepped foot in the country’s premier MLBB league. And he did not disappoint.

In his first-ever game in the professional scene, FlapTzy posted a KDA of four kills, a death, and five assists, using Yu Zhong to help BREN Esports take a 1-0 lead over the powerhouse ONIC PH. Though BREN wasn’t able to close out in Game Two, he once again proved that he deserves his spot with a stat-line of six kills, three deaths, and two assists while playing Khaleed.

BREN was able to fend off the Season Four and Five runners-up in Game Three, giving the rookie his first win the MPL-PH stage.

With his debut now in the books, FlapTzy looks to repay the organization that trusted him with the elusive championship.

Zamboanga siblings out to make PH proud at ONE: A New Breed