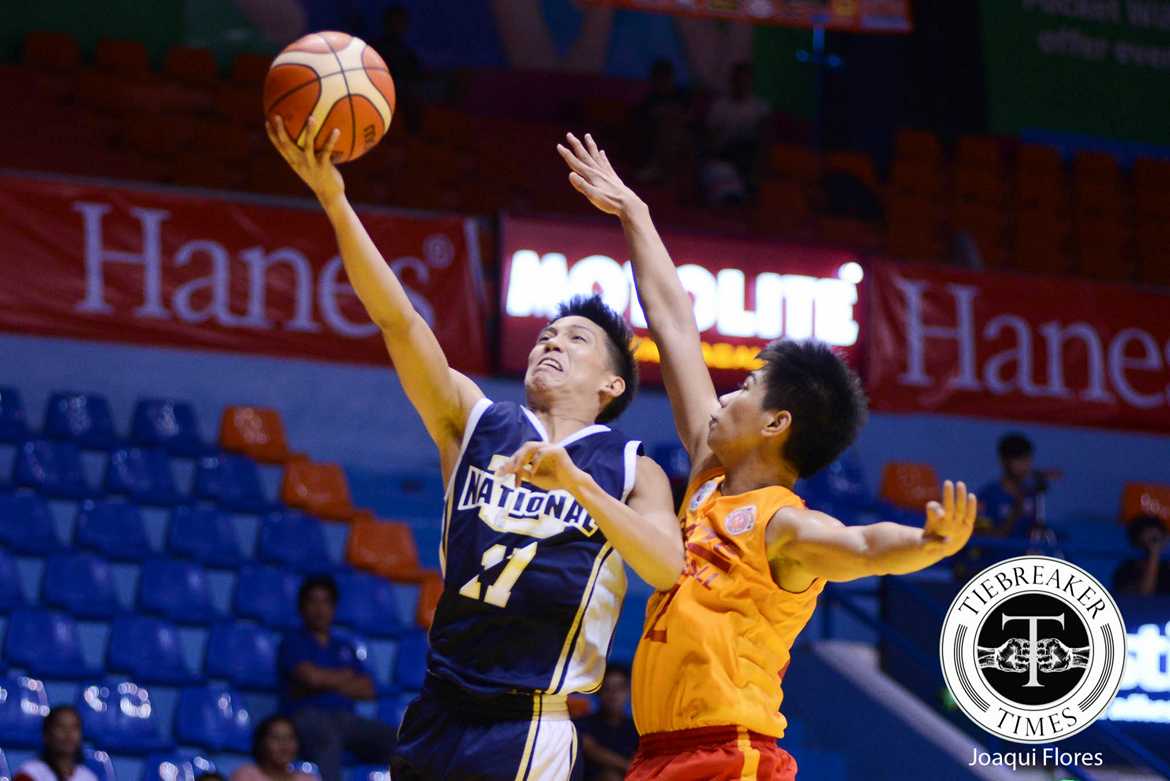 After blowing out a double-digit lead, rookie JV Gallego and transferee Matthew Aquino delivered in the clutch as the injury-riddled National University Bulldogs escape the San Sebastian College-Recoletos Golden Stags, 70-65, to return to the winning column in the 2016 FilOil Flying V Premier Cup Wednesday afternoon.

The Bulldogs played without Alfred Aroga (groin injury) and JJay Alejandro (dislocated left finger) in the game. In addition, rookie Kris Go was out for the game after an undisclosed injury he suffered in their last game against Perpetual.

The loss of National U’s two marquee players did not show in the first half as their patented defense locked down on their opponents in the second quarter. The Bulldogs were able to limit San Sebastian to just 11 second quarter points, majority coming from Michael Calisaan, to gain a 41-26 lead by halftime.

However, turnovers plagued the Bulldogs in the third frame as the Stags were able to rally back in the third frame to slowly cut the NU lead. Jerick Fabian and Alvin Capobres led the charge for San Sebastian to cut the deficit to just five, 48-53, entering the final frame.

The Stags were able to continue the momentum they gained up until the midway point of the final quarter as they were able to gain their first lead of the ball game, 61-59, after a Jason David three. Salim was able to knot things up but was answered right back by a Capobres jumper that called for an NU timeout.

After the timeout, a well-drawn play resulted to a Matthew Aquino three. A split on the stripe by Gallego and another conversion by Salim with 20 ticks left gave the Bulldogs a 67-63 lead. Fabian was able to cut the lead to just two and resulted to the Stags playing the foul game. Gallego split his free throws but was able to rebound his own miss and eventually convert the next two free throws to seal the win for the Bulldogs.

“I was very happy with the boys. I put in rookies JV (Gallego), Matthew (Aquino), and Chino (Mosqueda) and they were able to show a lot of character,” Altamirano said.

Michael Calisaan led all scorers with 19 points in 27 minutes of game time. Capobres and Fabian scored 15 and 12 points respectively.