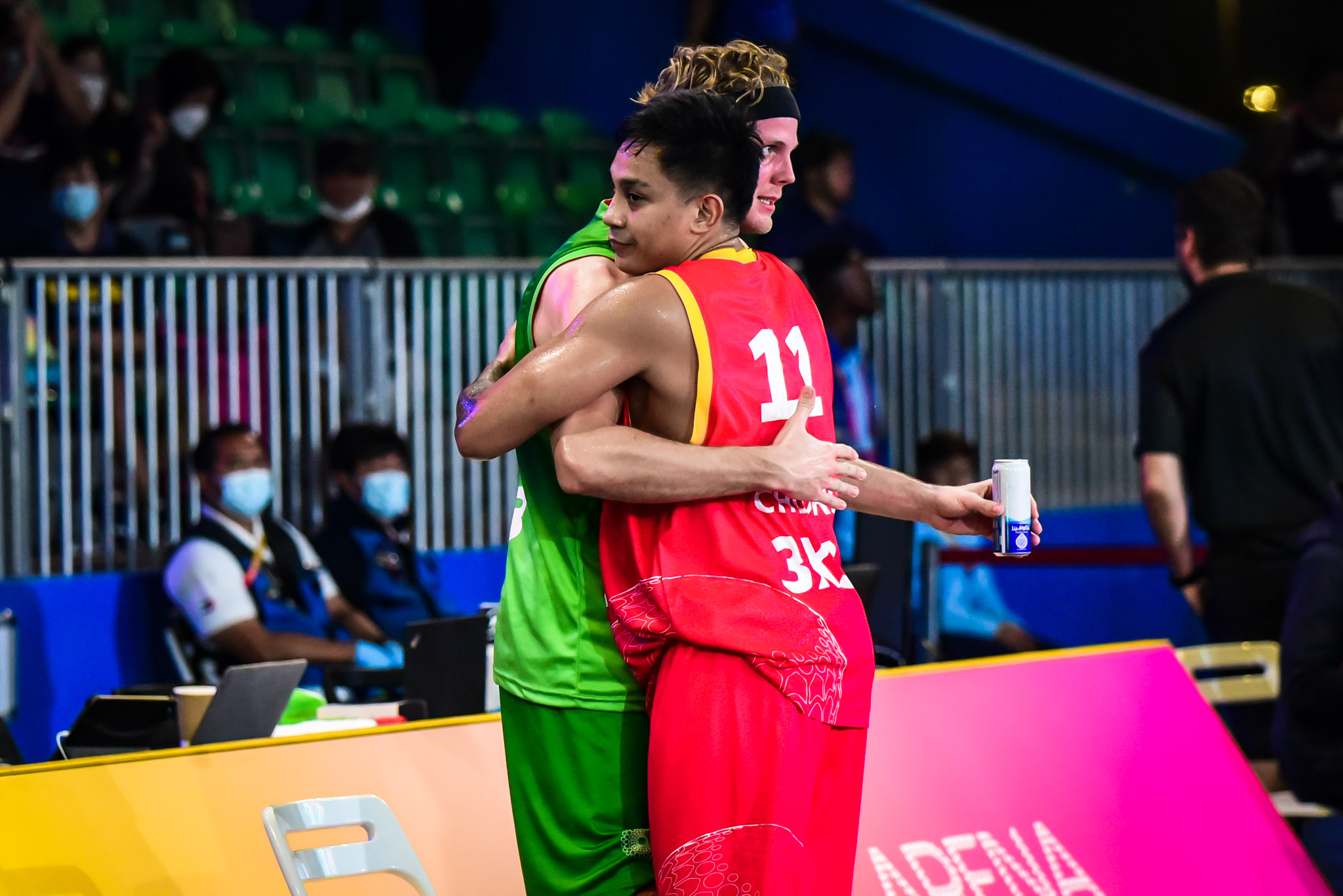 Cebu Chooks could not sustain the momentum it got from its win against Chicago, bowing to world no. 2 Antwerp, 19-12, to end their campaign in the 2022 FIBA 3×3 Dubai Expo Super Quest, Wednesday evening at the Expo Sports Arena in Dubai.

The Belgians’ inside game proved to be a problem for Cebu Chooks all game long as 6-foot-8 Caspar Augustijnen threw down an array of dunks early to give Antwerp the early 10-4 lead.

The trio of Brandon Ramirez, Zach Huang, and Mike Nzeusseu were able to cut the lead down to four, 11-7, with 2:27 left but world no. 5 player Thibaut Vervoort caught fire from deep.

Vervoort fired three deuces in a 7-2 assault to give Antwerp the lead for good. Late buckets by Mac Tallo, Ramirez, and Huang gave the Filipinos a respectable scoreline to close out its trip to Dubai.

Vervoort ended up with seven points while Augustijnen got six to lead Antwerp to the semis. Joining the Belgians to the next round of the level eight FIBA 3×3 tournament is Latvia’s Riga (3-0).

Nzeusseu, Tallo, Huang, and Ramirez all had three points each in the loss.

Cebu Chooks, meanwhile, ended up with a 1-2 record in Pool B while Chicago ended with a 0-3 record.

The Filipinos ended the tournament in sixth place with Switzerland’s Lausanne (A, 0-3) and Chicago (B, 0-3) finishing in the last two places.

San Juan ended up as the fifth place team after going 2-1 in Pool A while Liman and Warsaw Lotto also advanced to the semis.