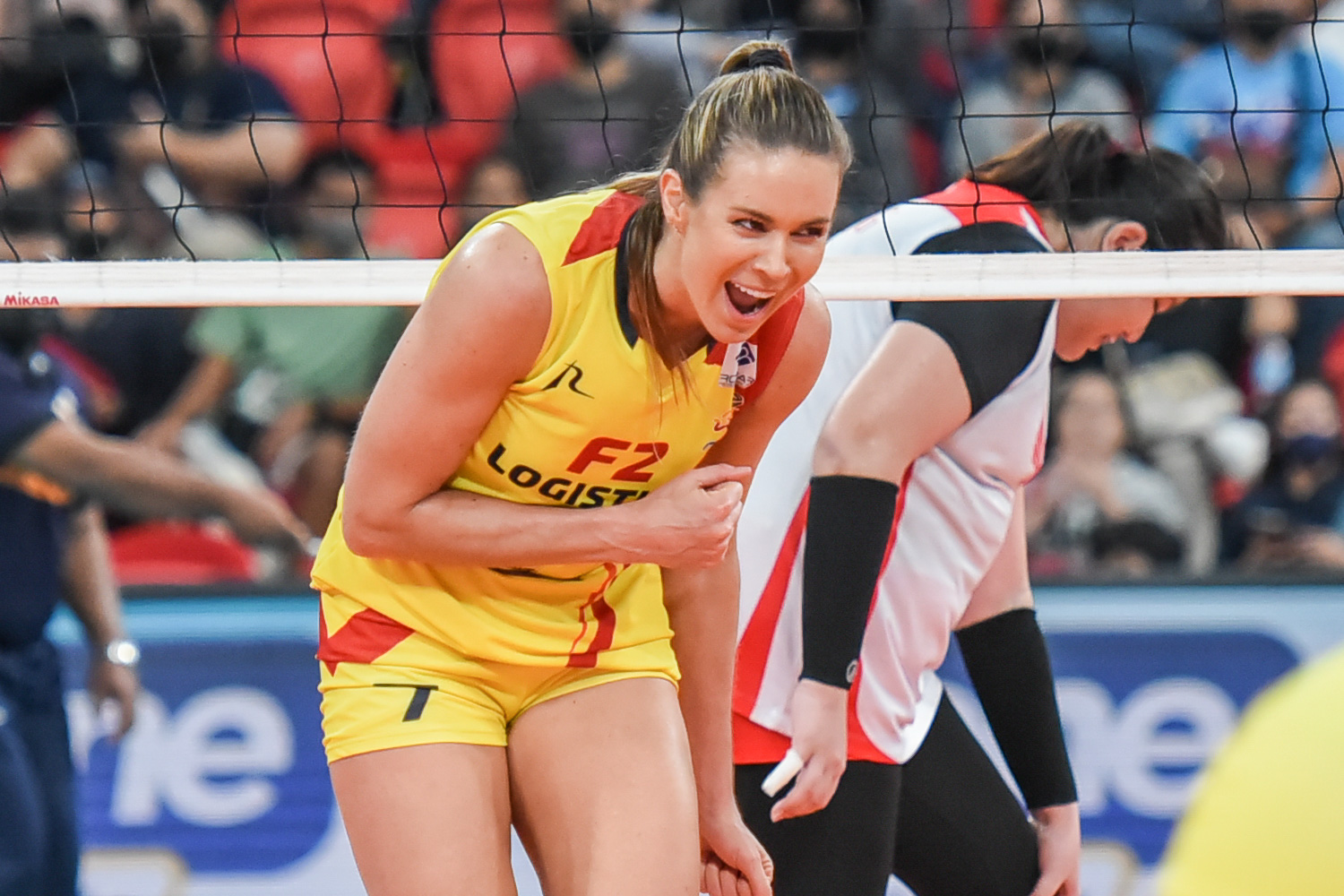 A legacy of excellence.

That is what Lindsey Stalzer wanted to leave to the local volleyball community after playing in what could be her final game in the Philippines on Tuesday night.

“I want to leave a legacy of just excellence.

“I want to be known as the import that can always get to the final, she lifts up her team and helps them get to the final. She’s dependable, she’s a team player, and she works super hard and just really has embraced everything about the Philippines,” said Stalzer as she mulls retirement after leading F2 Logistics to a dominant win over the semis-bound Petro Gazz.

Stalzer steered the Cargo Movers to a dominant 25-16, 25-22, 27-25 victory over the Angels at the Philsports Arena on Tuesday night. She tallied 22 points on 19 attacks, two blocks, and an ace to go along with seven excellent digs and six excellent receptions to help her team end the tournament on a winning note.

Indeed, it has been a disappointing campaign for F2 Logistics – who was considered as one of the heavy favorites to win the 2022 Premier Volleyball League Reinforced Conference title aside from the grand slam-seeking Creamline.

Unfortunately, the team failed to live up to expectations after battling multiple injuries on its star players throughout the conference. Still, the Cargo Movers had the chance to secure one of the last two semis spots but fell to Akari in a shocking loss that dimmed their chances before eventually getting booted out. 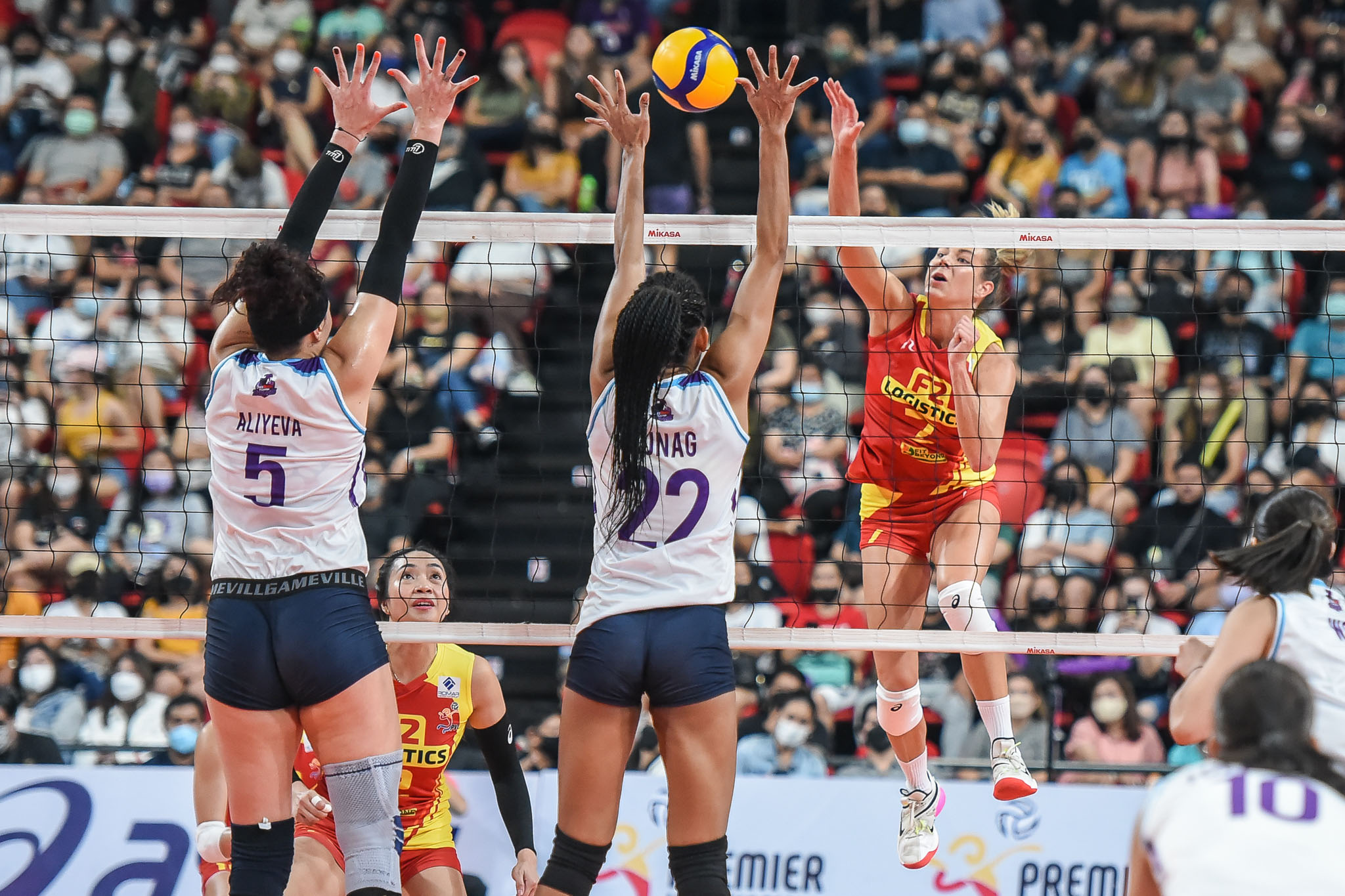 “Yeah, it’s a mystery to me what unraveled this season, really. I know there were a lot of challenges that we faced, I thought that we could overcome them and we had a lot of just tough breaks like with the schedule being changed and this and that, this and that. A lot of things that were out of our control and yeah, it’s sayang. A big, big sayang,” Stalzer said.

Stalzer, who has been in the playoffs for the entirety of her eight-year stint here in the country, broke down when asked about missing the postseason for the first time.

“My very first season there were only (six) teams and I think we finished fourth but yeah we didn’t win the championship that year but every other year I know,” Stalzer recalled. “Thanks for pouring salt on the wound,” she added in jest.

The Bradley University standout said that she remained professional all throughout the Cargo Movers’ roller coaster ride that saw them finish the conference with a 4-4 win-loss record good for fifth place. 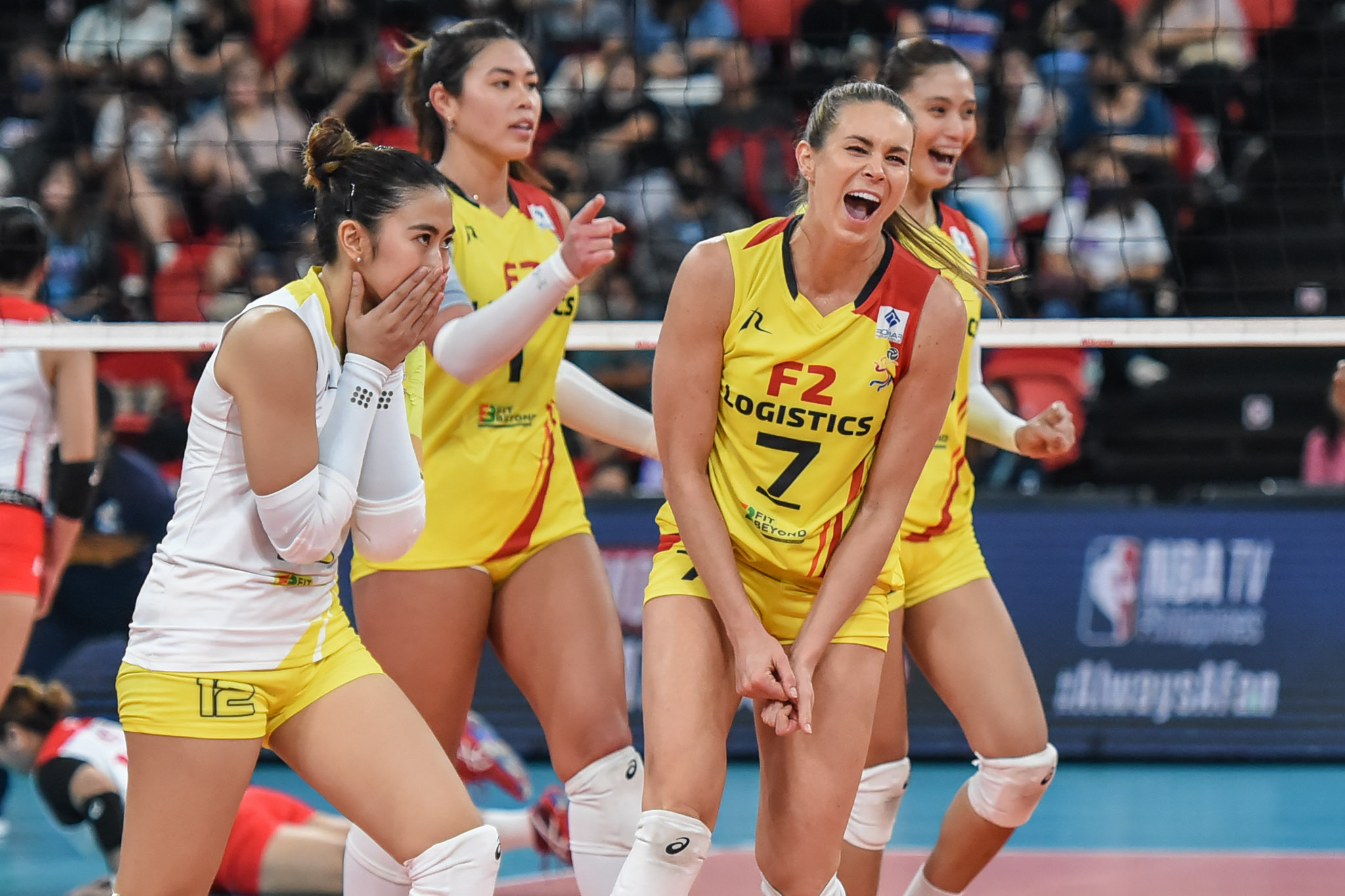 “This past week has been kind of very, very difficult for me and I probably have not been that much fun to be around, to be honest. Tonight, we plan to just have fun and I changed my mindset the past couple of days but the past week has been super hard to accept the fact that I did everything I could but it wasn’t enough this year.”

As for the Cargo Movers, Stalzer – who has yet to decide on her future – said that they have all the tools to contend for a title but they need to work out a few things to get back to their winning ways.

“I think they need to really like break it down and figure some things out. This team has a lot of great tools and they just need to be utilized in the right way so I think they could have a really good comeback but they need to put in the focus and thoughtfulness and a plan on how to do that but I think they’re really capable,” Stalzer bared.

But if this was indeed the last time that Stalzer played on Philippine soil, she hopes that she has left a small bright spot not just in her teammates’ and coaches’ hearts but in the fans’ as well. 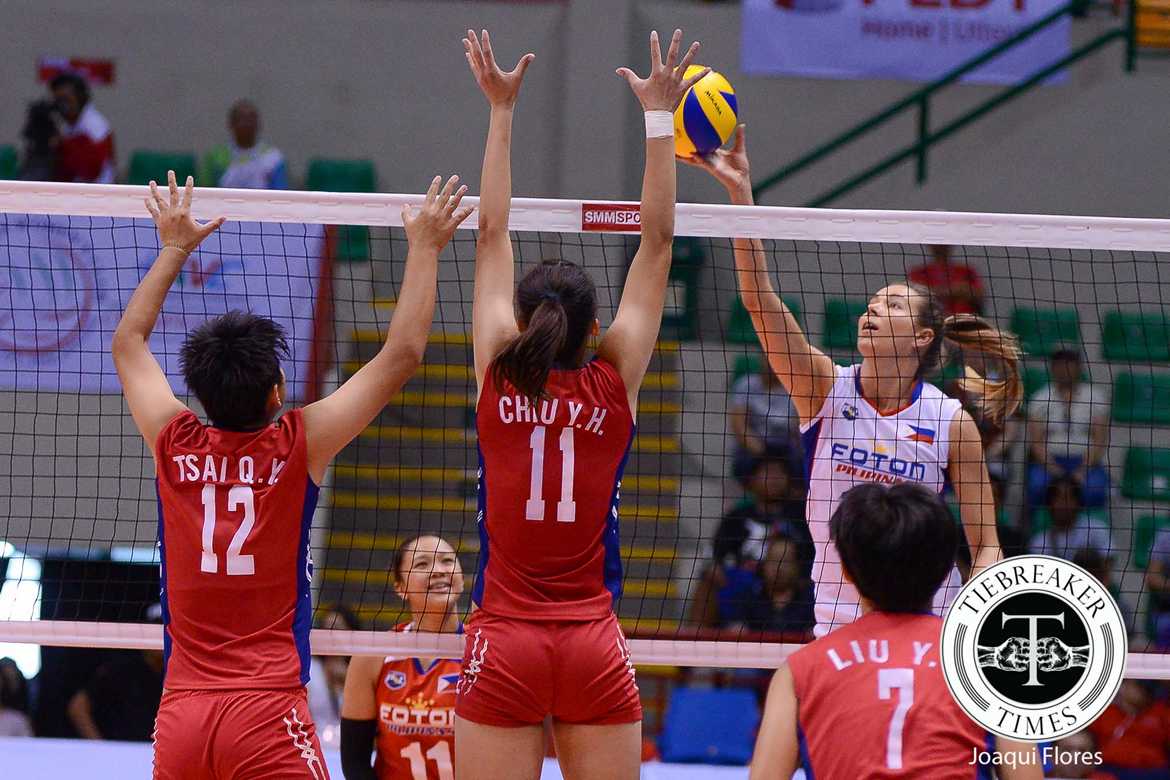 “The fans have been amazing to me, that’s a big reason why I keep coming back. So yeah, I hope I leave a small bright spot in the fans’ hearts and all the people I’ve played with and played under.”