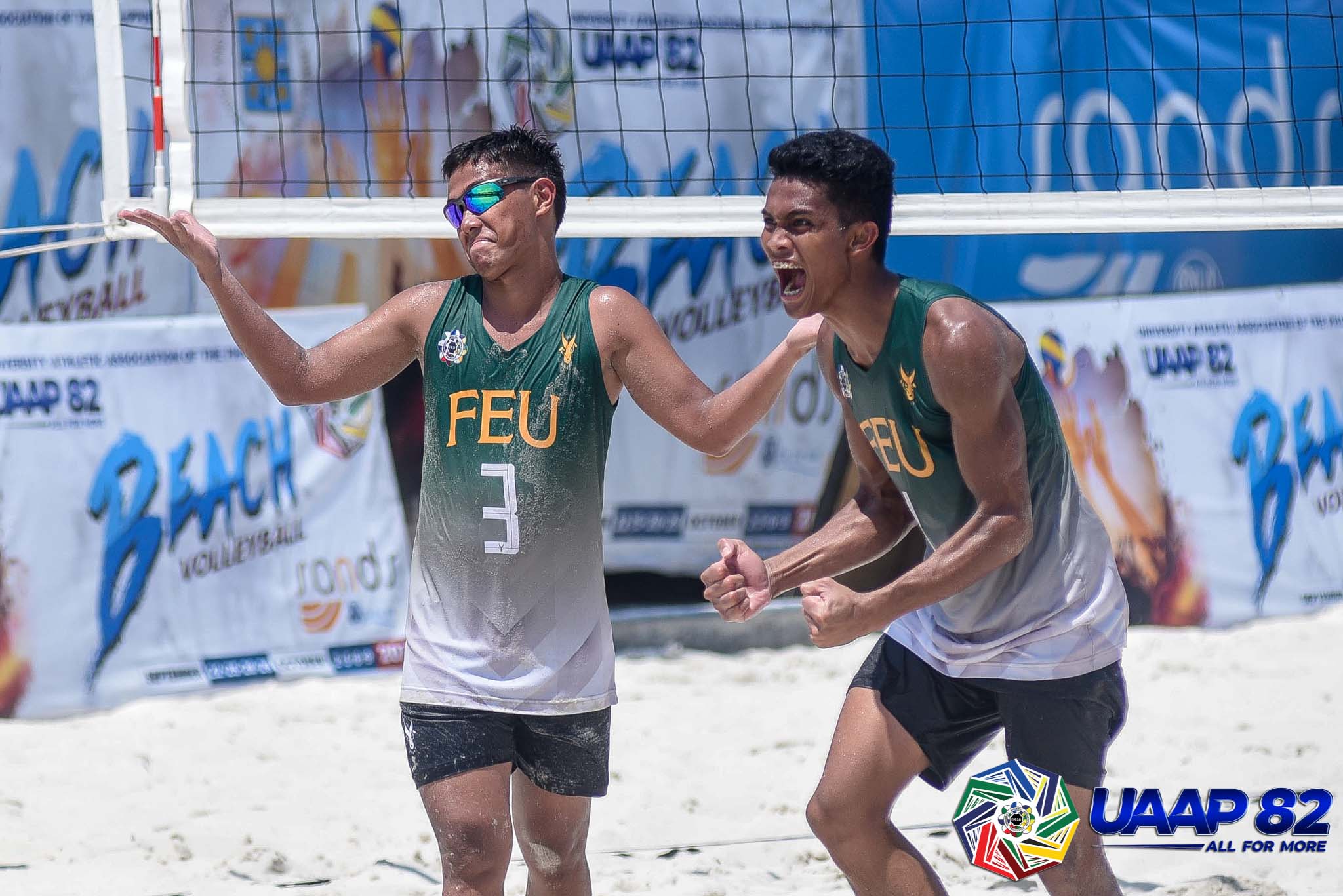 Standing in the way of Garcia and Barrica — who earlier replaced Kevin Hadlocon due to injury — are Jaron Requinton and Rancel Varga of the back-to-back title-seeking University of Santo Tomas.

The Tiger Spikers and the Tamaraws meet in the best-of-three series for the second year in a row at 8 a.m. Sunday.

UST look to become the winningest program by capturing a fifth title. Meanwhile, FEU hope to tie with UST and NU with four championships.

The Bulldogs earlier dragged the Tamaraws to a deciding Final Four game with a 21-16, 21-18 win.

Last Wednesday, the Bulldogs won the first set, 21-13, but officials put the first Final Four match on hold given the lightning at the start of the second set. The game was eventually called off and the semis opener started from scratch.