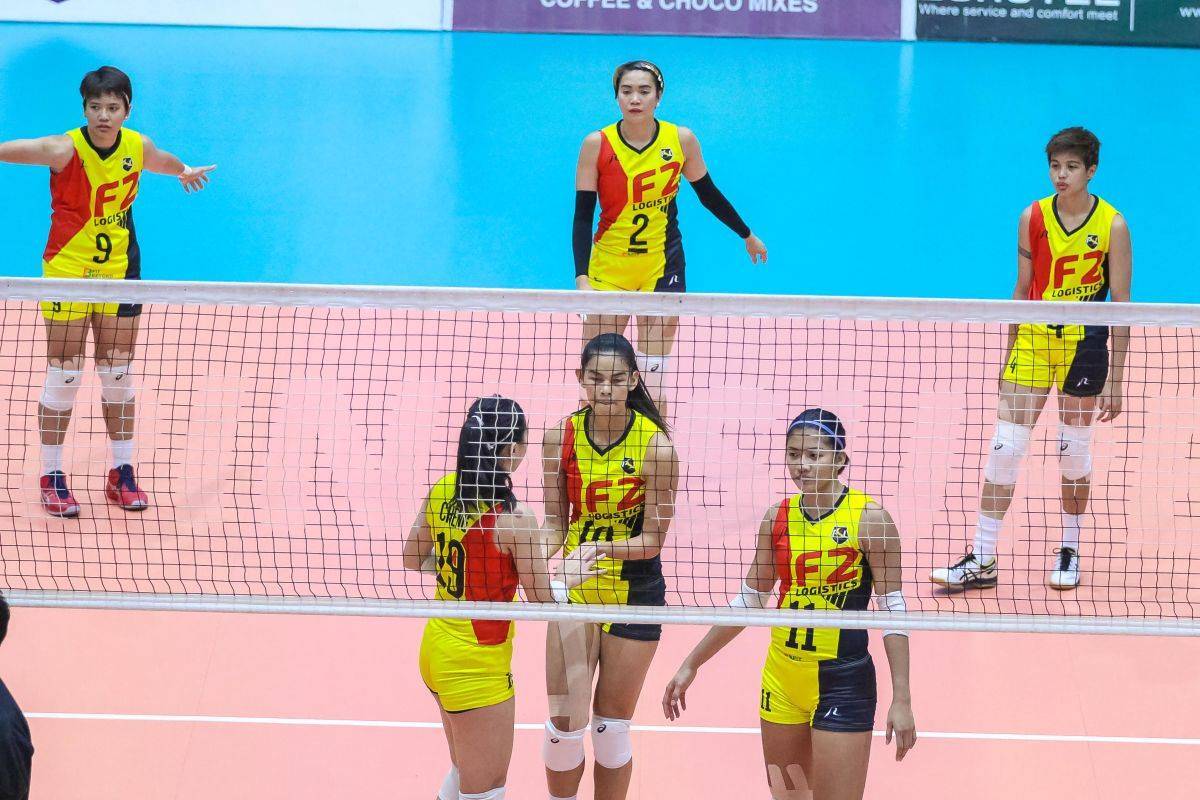 Philippine volleyball’s dream matches will have to wait a little bit longer.

F2 Logistics has pulled out of the 2021 Premier Volleyball League Open Conference.

This was the decision made by team owner Efren Uy who made the tough call to PVL president Ricky Palou on Monday evening.

F2 Logistics cited the constant breaking of bubble the team had to do for vaccination while some players were exposed to COVID-19 positive individuals.

“Some of our athletes needed to get out of the bubble for their scheduled vaccination and our health team is very strict when it comes to isolation pre-returning to the bubble. These needed protocols made it harder for us as well, to practice completely and to get back our rhythm as a team. To add, some of us had COVID-19 exposures, thus contributing to the delay of the bubble and the completion of the team,” read the team’s statement.

“With this, it is very difficult for the management upon consultation with our coaching team, to decide and announce that the F2 Logistics Cargo Movers will not be able to participate in this coming Premier Volleyball League Open Conference.”

Moreover, the team has battled through injuries with at least four players injured as of the moment.

“Since it has been more than a year of no actual training, old injuries, and, even, new have have surfaced. These injuries are not to be taken lightly and should we push through, these injuries might progress further and could possibly cost the athletic careers of some,” it bared.

“Our athletes need a little more time to recover.”

The Cargo Movers bared that it requested the league to delay the July 17 start of the league. However, with the trouble of securing permits from the Ilocos Norte LGU, the Inter-Agency Task Force, and the Games and Amusements Board, their request was not granted by the league and the other member teams.

“Our system has always been known to compete with the highest level of readiness as possible. Though we have requested for a little extension, we highly respect the decision of the league to push through as it was hard for us to anticipate league timelines, we are sure that it was equally harder for the league to secure permits, place protocols, and update all teams,” it continued.

“This league deserves a better version of our team. We will work harder to achieve that next conference.”

Excited has been the country after the five-time Philippine Superliga champions finally jumped ship to the PVL last March.

For their part, the Cargo Movers have been in a training bubble in Valentino Resort and Spa in San Jose, Batangas since June 7. The camp was supposed to end on July 7.

Making things worse for the team is that Kalei Mau’s campaign with Changos de Naranjito in the Liga de Voleibol Superior Femenino ends before August 22. August 22 is expected to be the final day of the competition which will make her unavailable for the tournament.

With the pullout, the likes of Ara Galang, Majoy Baron, Kim Fajardo, Kim Dy, Des Cheng, and Dawn Macandili will not be able to compete in the first professional conference of the league. This will also extend Ramil de Jesus’ non-appearance to the PVL for 13 years.

Aby Marano though will still make the trip to Laoag as she will join the Women’s National Volleyball Team’s bubble training.

With this, only 10 teams will be playing in the Open Conference.

F2 Logistics has assured that it will return.

“We will definitely join the next one. Please note that we will not join just this open conference, not the whole season,” it vowed.