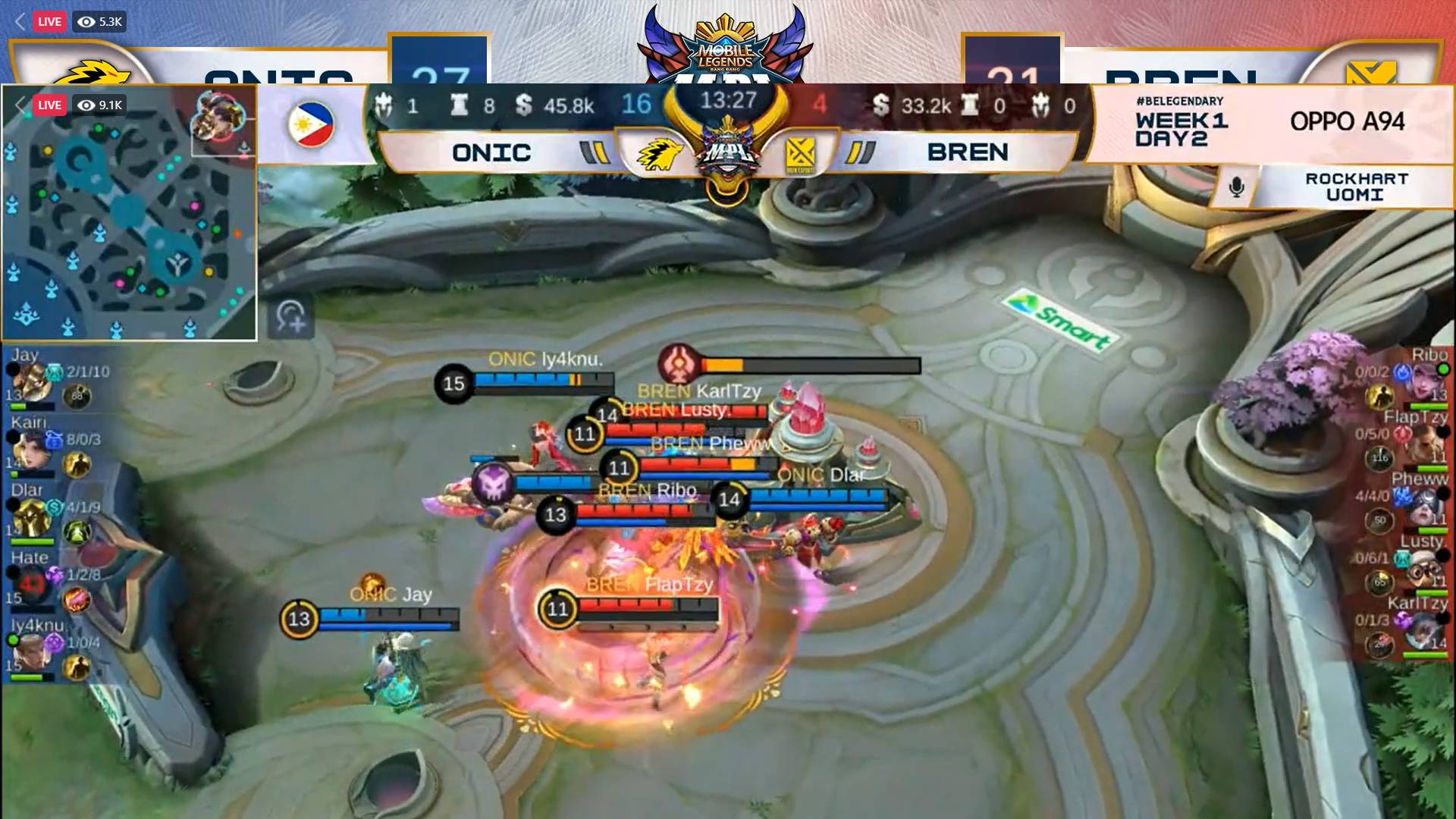 This is the first match of 15-year-old Kairi in an ONIC jersey. He notched seven kills inside the first six minutes of Game Three, allowing ONIC PH to snowball with ease against the late-game composition of BREN Esports.

ONIC PH captain Jay “Jay” Torculas also initiated a number of well-timed Divine Judgement with his Kaja. That then opened up a plethora of opportunities for Jaylord “Hate” Gonzales’ Benedetta to strike.

Angelo “Pheww” Arcangel’s Pharsa tried to salvage time for the world champions, but Karl “KarlTzy” Nepomuceno’s Granger could not scale up in time to take over. 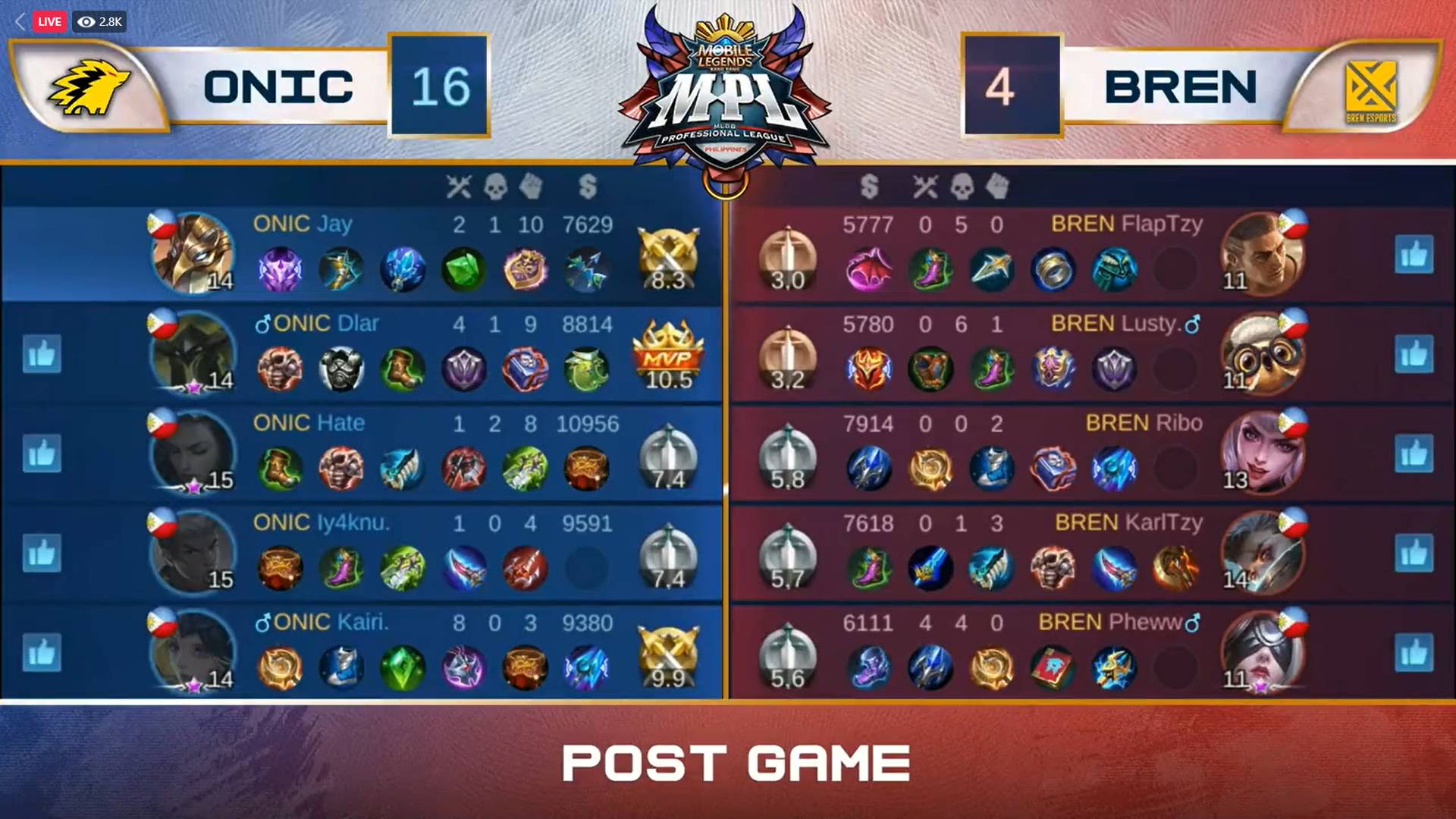 Pheww led the way for BREN with a 4-4-0 line, with KarlTzy held to just three assists and a kill.

BREN Esports opened up the series waxing hot after fielding in a hyper-aggressive roster of Mathilda, Silvanna, Lapu Lapu, and Benedetta.

With KarlTzy’s Benedetta leading the fights, BREN Esports continuously pounced on ONIC PH every chance they had.

Though BREN Esports almost dropped the ball after a dive inside the second turret at the bottom lane almost wiped them out. This allowed ONIC PH to get the lord at half health. A great save from CJ “Ribo” Ribo’s Pharsa helped BREN chase away ONIC PH, and eventually, win Game One. 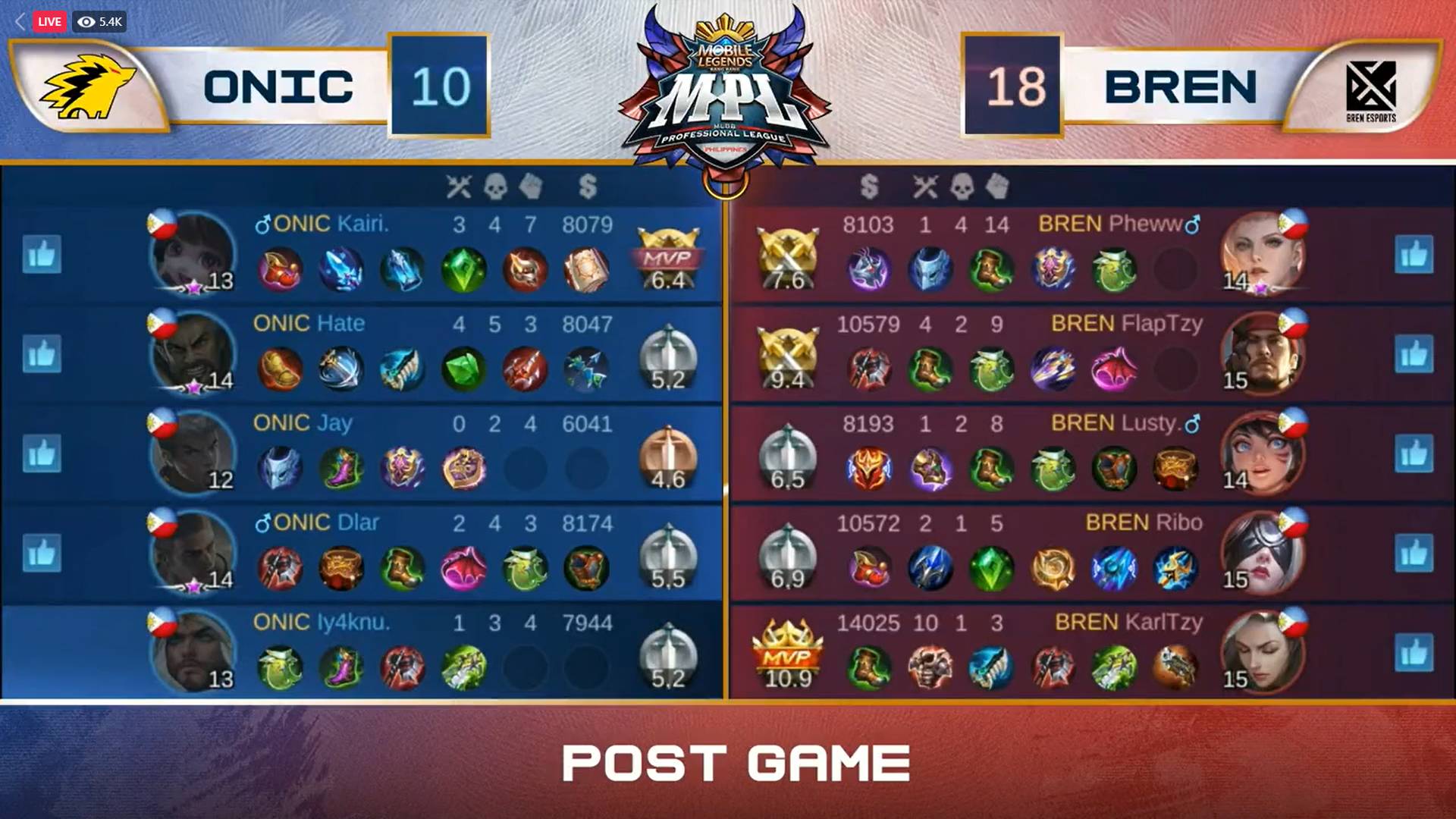 BREN Esports then wreaked havoc in Game Two with the Esmeralda-Angela combo of Ribo and David “FlapTzy” Canon. Still, the late-game heroics of Christian “Iy4knu” Manaog (Alice) and Jaylord “Hate” Gonzalez (Roger) helped ONIC PH pull off the impossible and tie the series at 1-all. 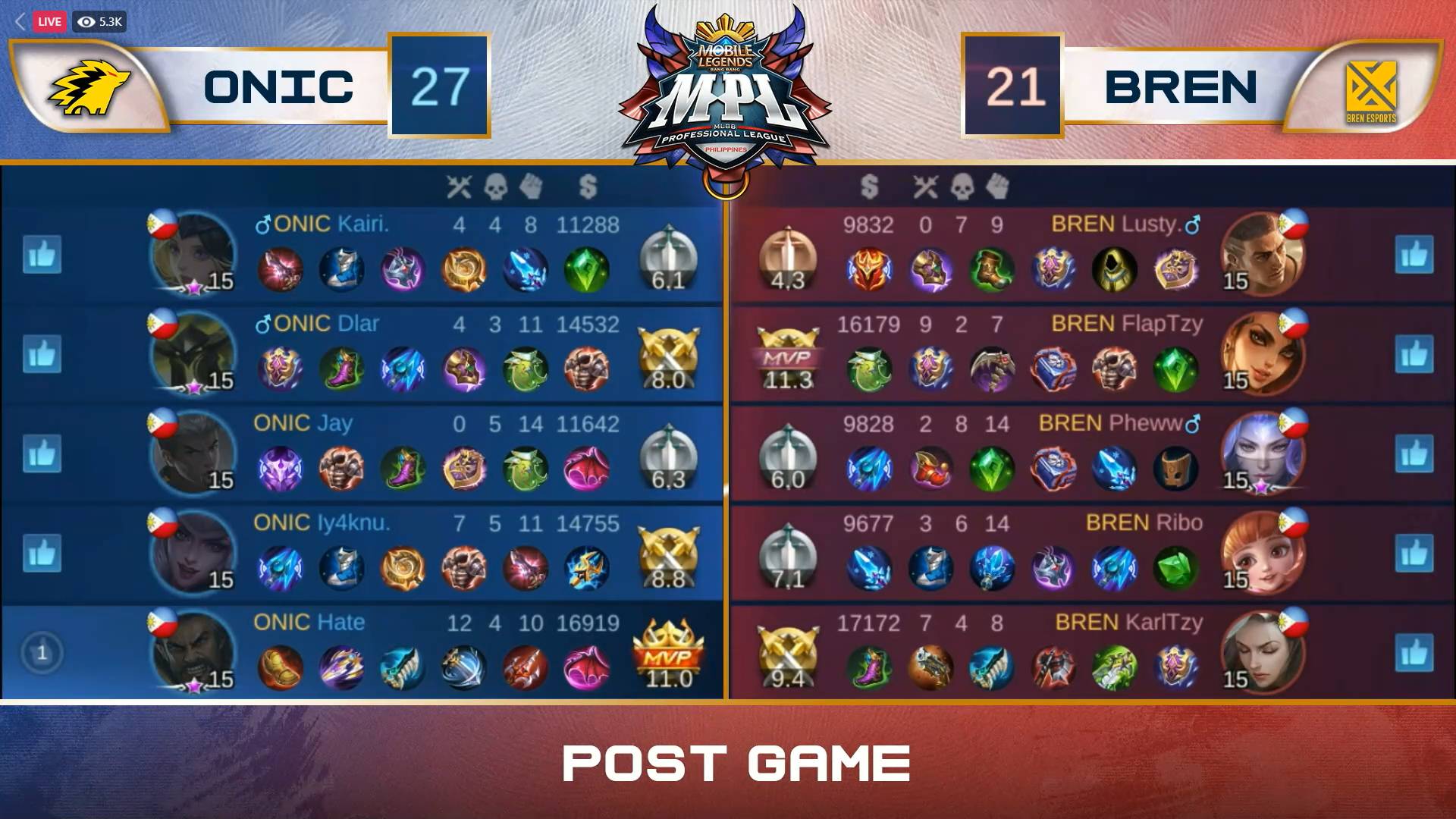 The Season Six fourth placer will move up to the Group A standings with a 1-0 card — tied with Aura PH. On the other hand, BREN Esports will join Work Auster Force in the last spot with identical 0-1 cards.

ONIC PH looks to score its second win against Cignal Ultra on March 26, Friday, at 7:30 p.m. BREN Esports, meanwhile, will try to enter the win column against Nexplay Esports on March 21, Sunday at 7:30 p.m