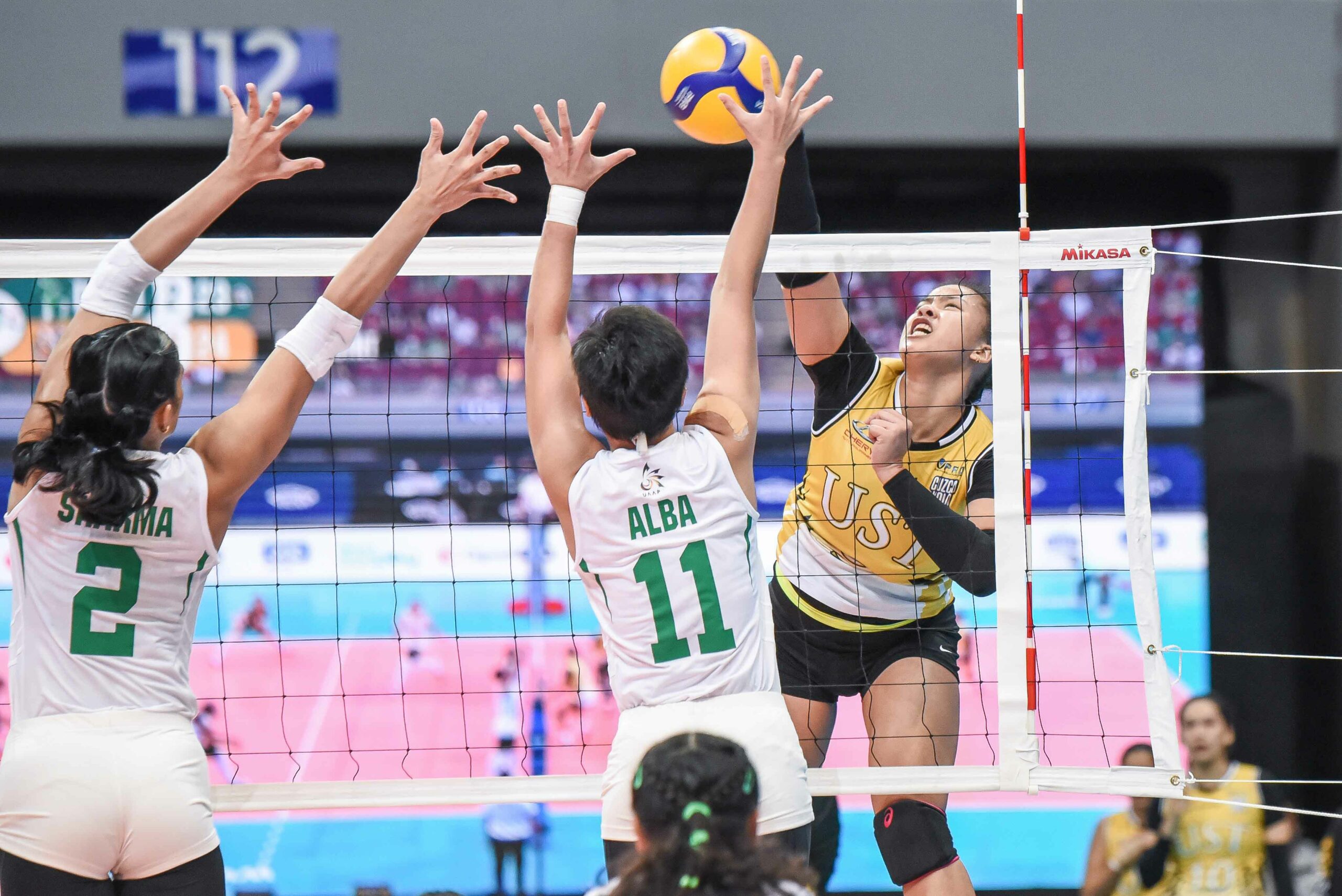 As good as she is, Eya Laure knew that she could not lift the University of Sto. Tomas alone.

It already happened in the Golden Tigresses’ previous game where she dropped a career-high 28 points just to lose to the University of the Philippines Fighting Maroons in four sets last Thursday.

So, when Laure was able to keep UST alive by scoring the team’s last two points in the fourth set against De La Salle University, she made sure to squeeze out every ounce of help she can from her teammates by constantly motivating them inside the court.

Laure kept the Golden Tigresses at bay in the initial part of the decider. But when the 23-year-old spiker, who was the UAAP Season 81 Rookie of the Year, finally rotated to the back, things suddenly took an unfortunate turn for UST.

With Laure far from the net, the Lady Spikers pounced on the helpless Golden Tigresses as Thea Gagate towered over UST’s blockers. It was also in that span where Camille Victoria committed two crucial errors which buried the España-based spikers by four points, 7-11.

So, aside from upping her floor defense, Laure was seen pumping up Victoria and the rest of the Golden Tigresses as she spent the middle part of the fifth set in the back row. This started an uprising from the side of UST with Ypril Tapia and Ysa Jimenez leading a 4-1 turnaround which put the team within one point. 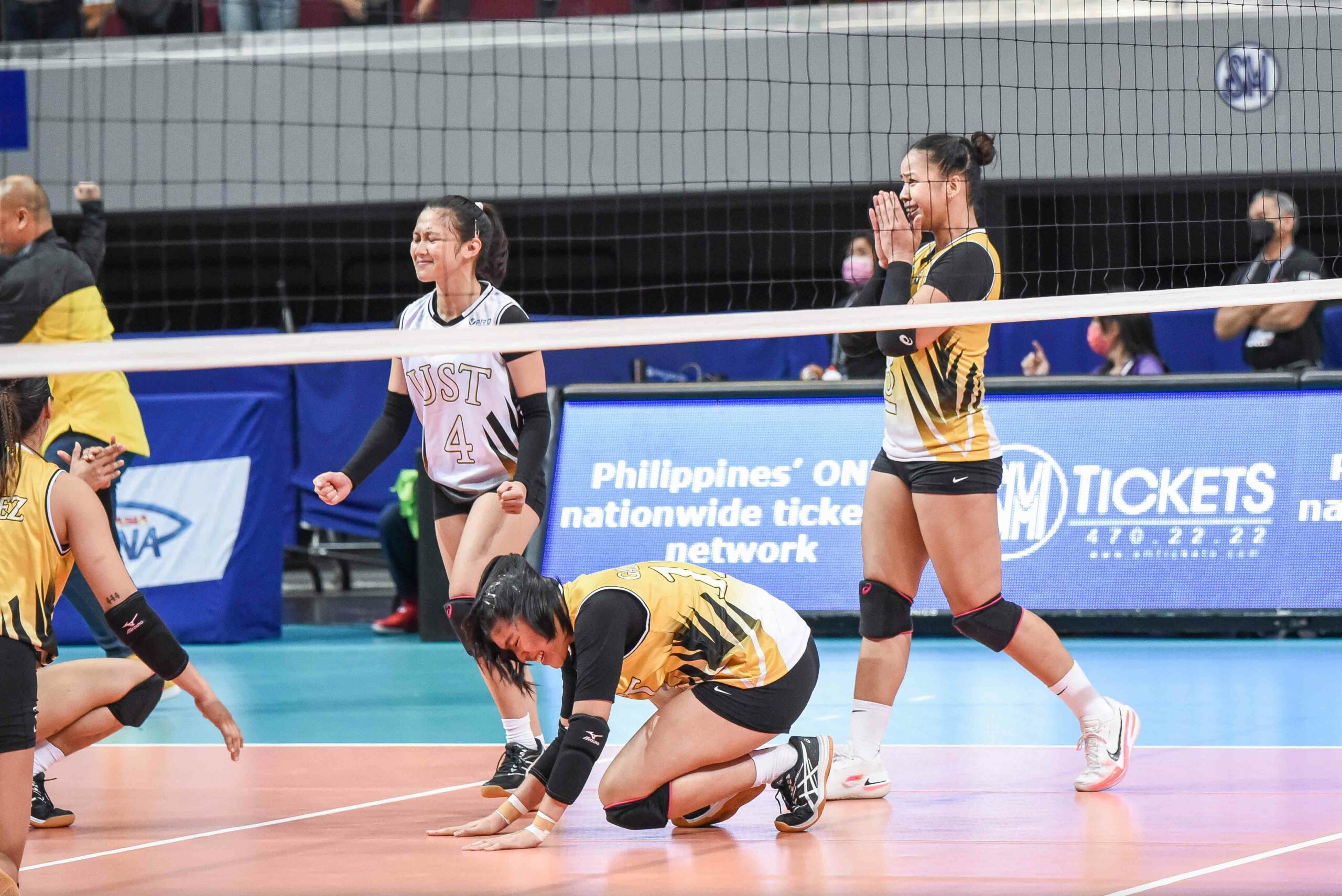 From there, Laure finally made his way back to the front and took over the game, unleashing a powerful hit off a broken play to tie the game at 12-all before piercing through the two-man wall of Gagate and Jyne Soreño in two consecutive plays to put the Golden Tigresses at match point with a 14-12 advantage. She then punched her 28th point and the well-deserved victory with an emphatic rejection of Soreño.

Laure replicated the same 28-point output in the previous loss to UP, but the difference this time is that she finally got the support she needed to translate that monster performance to a victory.