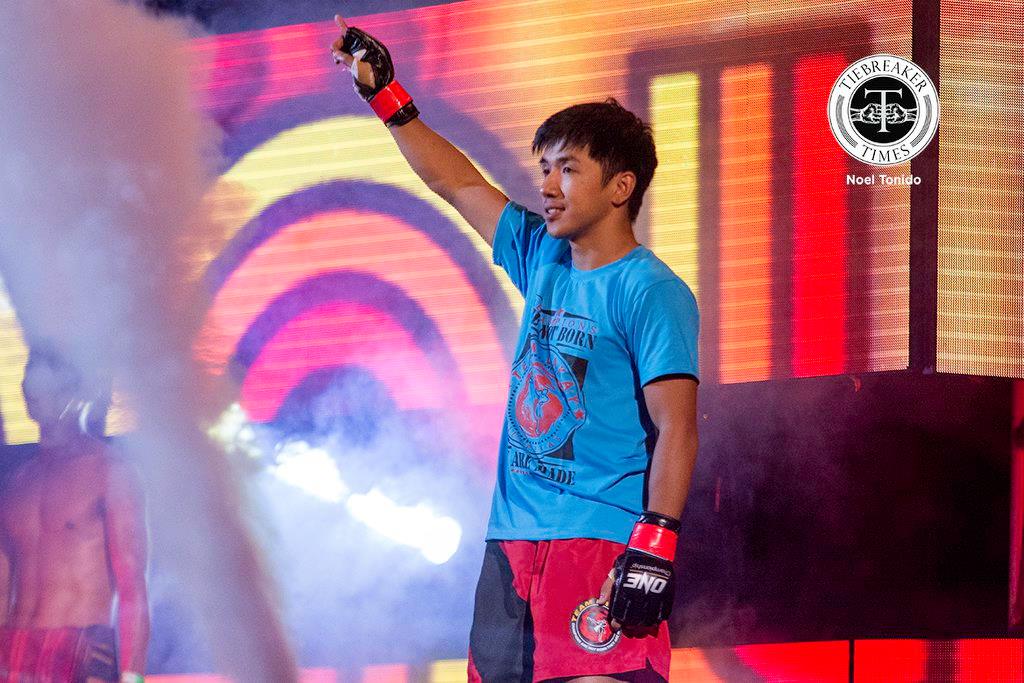 Former world title challenger Geje “Gravity” Eustaquio of Baguio City, Philippines, is scheduled for a highly-anticipated rematch against Anatpong “Mak” Bunrad of Thailand on Friday, May 26, at the Singapore Indoor Stadium for ONE Championship: Dynasty of Heroes.

Flyweight competitor Geje “Gravity” Eustaquio (8-5) is one of the most efficient wushu practitioners in the Philippines. His solid striking and grappling skillset has led him to big wins over the course of his career in ONE Championship. Training in the high altitudes of Baguio City, Eustaquio hones his craft with his world-class teammates at the famed Team Lakay. Known for his ability to keep his composure while facing adversity, Eustaquio is set to do battle against Anatpong Bunrad in a highly-anticipated rematch.

Anatpong Bunrad (5-2) is one of the most talented offensive fighters in the promotion. He defeated highly-regarded Filipino flyweight Geje Eustaquio in their first encounter at Valor of Champions last 2015, taking a razor-thin split decision. Bunrad utilizes lightning quick and powerful strikes to subdue his opponents, but also possesses solid submission skills to round out his overall game.

Another Filipino is also set to fight in the undercard, as Jomary Torres (1-0) will make her ONE Championship debut against Rika Ishige.

In Torres’ bout, Torres dominated opponent Krisna Lindaga to win by unanimous decision after three rounds. Torres is set to make her ONE Championship debut against Thai fighter Rika Ishige.

Rika “Tinydoll” Ishige is a 28-year-old female atomweight from Bangkok, Thailand. She is of mixed Japanese and Thai heritage, and began her martial arts training at age nine with aikido and taekwondo. Heavily influenced by her late father, who trained in judo, Ishige went on to hone her skills as a martial artist, eventually taking up mixed martial arts. In her last bout, Ishige made a successful ONE Championship debut, impressing fans with her solid grappling skills to defeat Malaysian fighter Audreylaura Boniface.