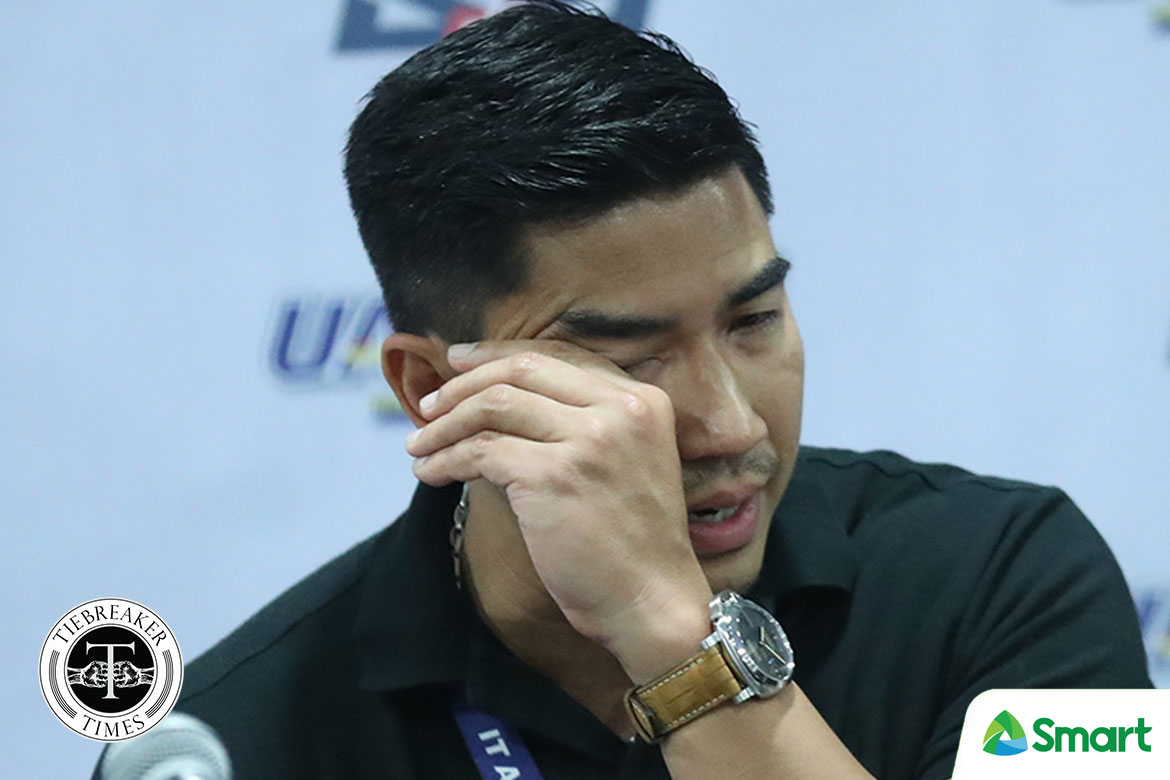 When first-year University of Santo Tomas Growling Tigers head coach Aldin Ayo made his way to the podium of the SMART Araneta Coliseum, he tried to play down his first win with his new squad.

“We played well,” Ayo remarked with regards to their 76-74 stunner over the Far Eastern University Tamaraws.

But as his players spoke up, he could not hold back the tears.

Though there were hints of his possible transfer to UST during the midst of the DLSU Green Archers’ UAAP Season 80 Men’s Basketball campaign, he only formalized his move last December. And it’s because Ayo wanted a new challenge: To help in rebuilding the proud UST basketball program.

“I just want to help this university,” he said.

For the last two years, the Growling Tigers struggled to get wins, tallying just four wins in two seasons.

Ayo heard the cries of the UST community and the resulting insults hurled at then-head coach Boy Sablan. Ayo wept.

“I know it’s too early. Di kami makuntento dito, pero the community deserves this kasi grabe yung suporta. I’m not saying na last year, even though I’m with a different team, I had to do the job pero nararamdaman ko yung community ng UST,” he added, as his Green Archers constantly blew out the Growling Tigers during the last two years.

“I just want to help this university.”