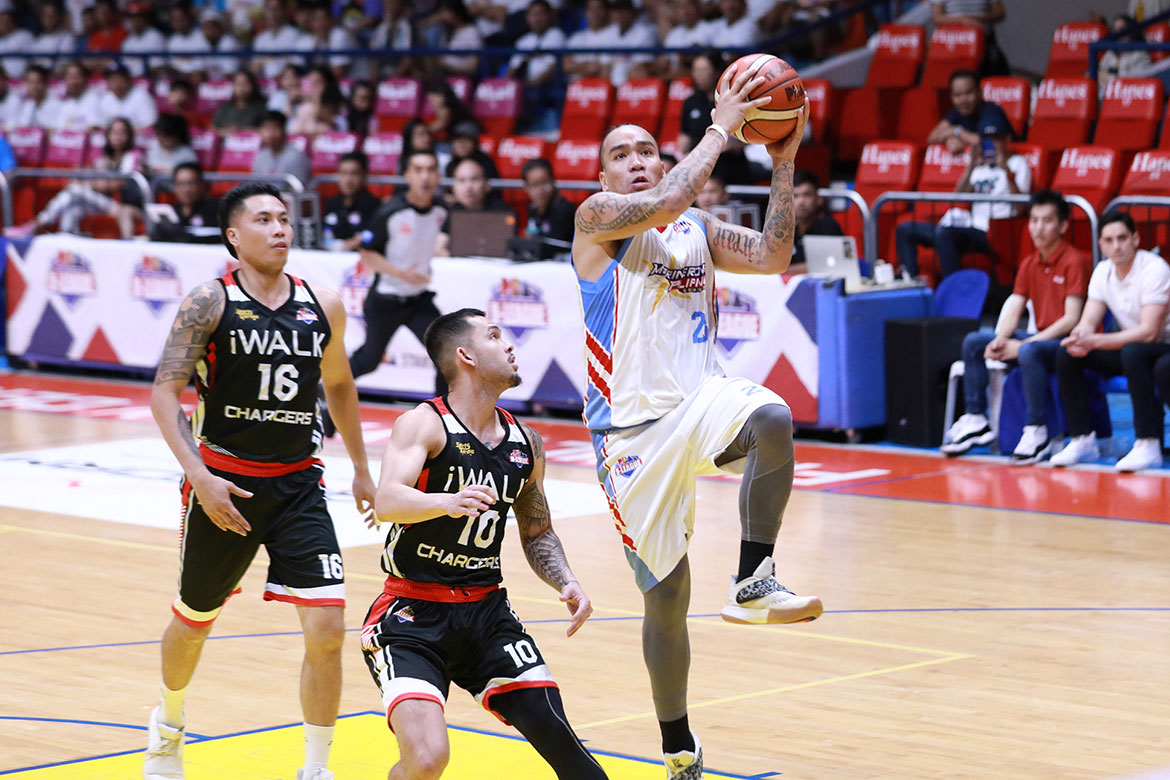 Eloy Poligrates erupted for a league-record 67 points as he single-handedly carried Marinerong Pilipino to a 44-point torching of iWalk, 141-97, Monday in the 2019 PBA D-League Second Conference at Filoil Flying V Centre in San Juan.

The Camotes Island native was scorching hot with his 11-of-25 clip from downtown, while also collecting five assists and two rebounds to break James Martinez’ 58-point feat for most points in PBA D-League history, recorded in August 2, 2016 when AMA blasted Topstar ZC Mindanao, 125-76.

Poligrates caught fire early on, pouring 15 points in the opening frame as the Skippers slowly broke the game open with a 31-20 opener.

It didn’t take long before the Cebuano guard’s explosion allowed Marinerong Pilipino to hold a lead as high as 47, 122-75, with 4:19 remaining in the game.

More than anything, Poligrates waxing hot also helped the Skippers remain unscathed at 5-0 in Group A, as well as securing a twice-to-beat advantage in the quarterfinals.

“Malaking tulong ito para sa amin, especially malapit na ang next round,” said Garcia, turning his attention to CEU in what would be a battle for the top spot come September 9.

It wasn’t all Poligrates, though, with JR Alabanza and Rev Diputado both scoring 11 points, and Will McAloney adding 10 points and five rebounds in the big victory.

IWalk banked on Wowie Escosio, who scored 23 points and 10 rebounds in the defeat as the Chargers sunk to a 2-3 record.

Jimboy Pasturan ruled out of season due to dislocated shoulder

Myla Pablo back to being a consistent force