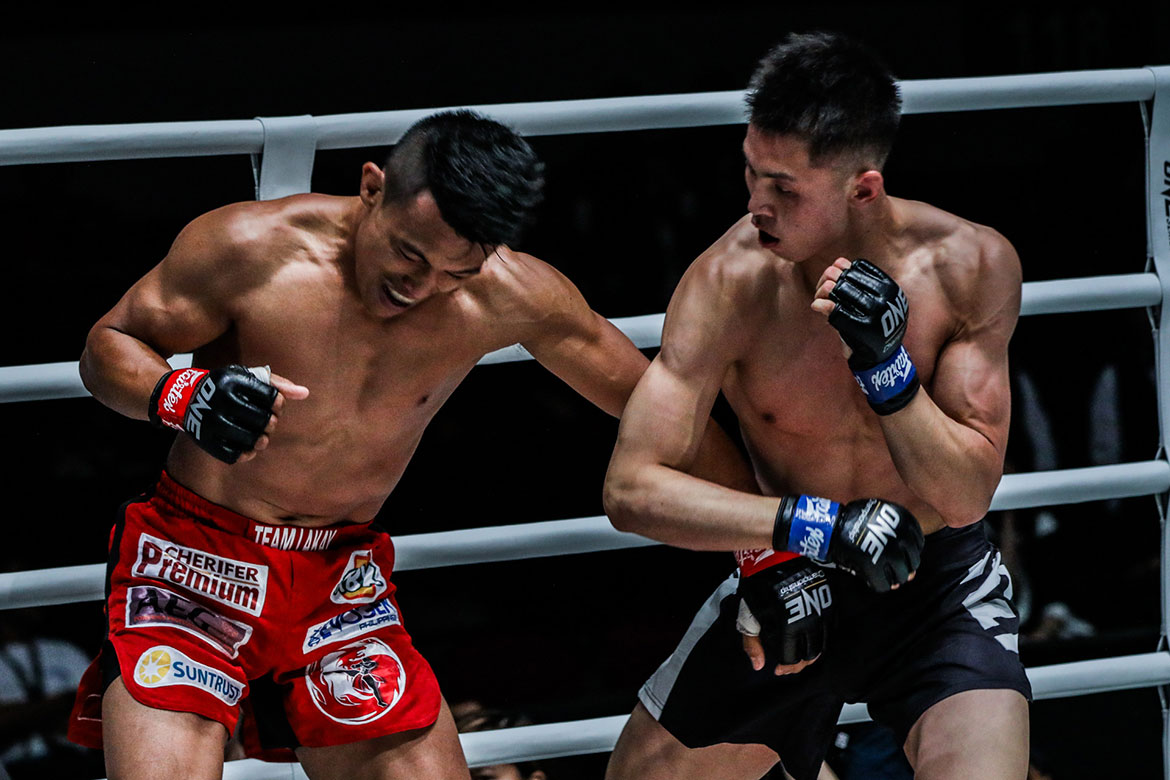 Edward “The Ferocious” Kelly may be getting older, but he insists that he still has a long way to go.

Kelly, 35, endured another stinging loss when he dropped a technical decision to “The Stalker” Xie Bin at ONE: Dawn of Heroes on August 2 at the Mall of Asia Arena in Manila, Philippines.

It was Kelly’s second straight loss – and third in four matches – but for “The Ferocious”, it is still all in the head.

“It’s all mental now. If there are any problems, then I’ll adjust,” Kelly said.

“Of course I want a rematch. I’m not satisfied with how I lost.”

What frustrates “The Ferocious” is that he believes he truly prepared for this match, particularly physically. He worked diligently with the four other Team Lakay athletes who also competed on the card.

But when the match came, Kelly’s conditioning betrayed him. He looked a step slower as the match went on.

The fight ended abruptly when Xie inadvertently hit the Filipino on the back of the head, forcing the referee to halt the match and give the Filipino time to recover.

Because officials did not Kelly to continue, the match had to go to the judges and there was no doubt as to who the victor was.

“I was one-hundred-percent confident that I was gonna win, but that happened. I went there knowing how ready I am but again, there are still a lot of holes in my game that I can’t quite fill,” Kelly admitted.

“I know my weakness. In the gym, we always work on that. And I know that I’ve improved, but come fight night, it still happens.”

Despite the tough loss, “The Ferocious” knows exactly what went wrong. He also vows to improve going forward.

“Maybe I need to work on my mentality and reaction,” Kelly admitted.

“We have the same way of training, that’s why I’m confident with my conditioning. But I guess it’s still in my mentality ’cause after grappling for a bit, I lose wind.”

Tune in to watch ONE Championship’s next event, ONE: Dreams of Gold this Friday, August 16.

More from ONE Championship

Top 5 Highlight From ONE Warrior Series 7