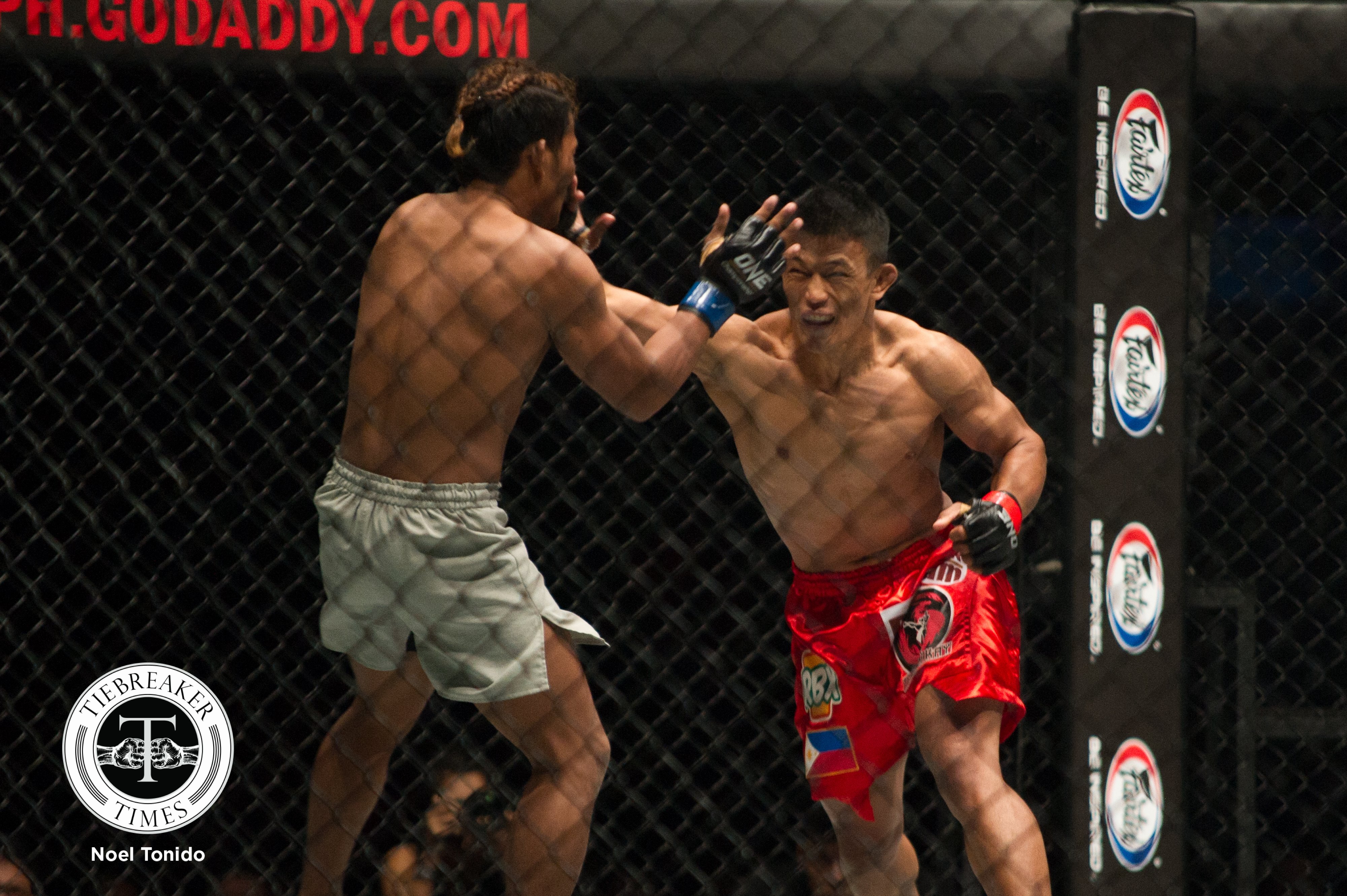 Both men collided in the preliminary card of ONE Championship’s 12th live event on Philippine soil, which took place at the SM Mall of Asia Arena in Manila last January 26.

At the opening bell, Kelly engaged Meul at the center of the cage and connected on a quick three-punch combination, before unleashing the final blow that sent Meul face first into the canvas.

Even though he lived up to his moniker “The Ferocious” during the heated moment of the bout, Kelly showed great sportsmanship to check on his fallen foe and was emotional in his post-bout interview, stating, “I’m so happy — not for myself, but for my team.”

At 21 seconds flat, the 33-year-old Baguio City native now owns both the fastest knockout and finish in ONE Championship’s featherweight division, with the highlight-reel stoppage going viral around the world.

With his stellar victory over Meul, Kelly elevated his professional record to 10-4 and earned himself the GoDaddy Knockout Of The Night award.

Kelly seeks to return to action on April 20, as ONE Championship is set to host another blockbuster event in Manila.

“I want to compete again. I’m free on April 20 for the Manila event. Having a match on that card will be amazing,” he said. “I’m still in good shape. I have no injuries.

“If ONE Championship will offer me a bout, I’m here to accept the offer to perform again in front of my countrymen.”

Kelly stressed that he has no preferences and is willing to face any opponent in the stacked featherweight bracket of ONE Championship.

“I can face anyone in my division. I don’t have to choose my opponent. I will just fight anyone who’s in front of me.”