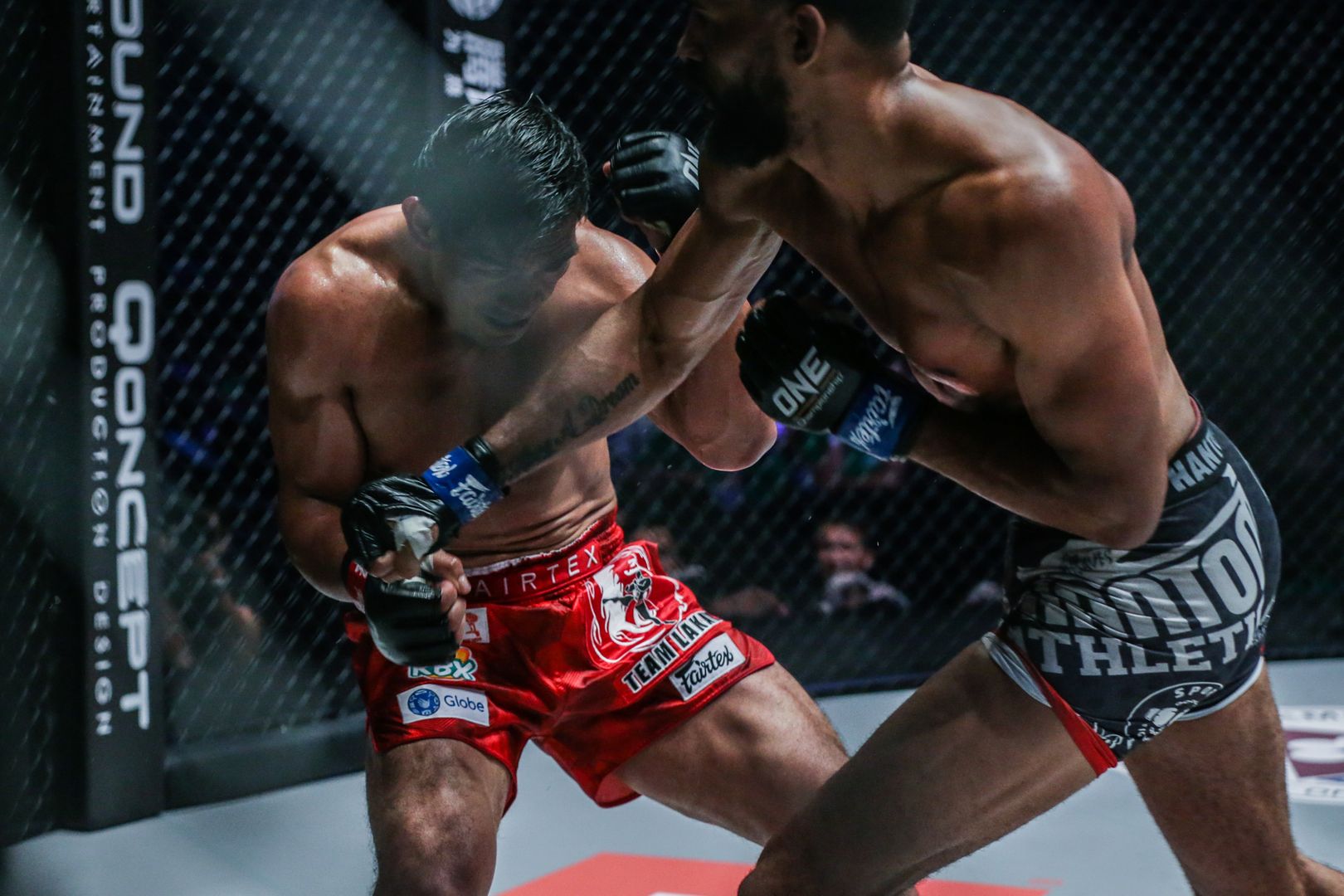 Eduard “Landslide” Folayang naturally felt disappointed after falling short at ONE: Fire and Fury on January 31.

But for Folayang, the feeling is just temporary.

The former ONE Lightweight World Champion dropped a close split decision loss to Pieter “The Archangel” Buist in ONE’s first show at the Mall Of Asia Arena this year.

“The silver lining in it is that I was there, I wasn’t knocked out, I didn’t show any aging. I showed that I can hang with younger opponents,” Folayang said.

“I am still happy. I saw my teammates win, although I guess it’s my turn to face the bashers now.”

For two rounds, “Landslide” battled tooth and nail to chop down Buist’s seven-inch height advantage. And for most parts of the match, it worked.

The Baguio City native was quick to the punch, mixing his striking with takedowns for the first two rounds. He also looked good entering the final round against the visiting Dutchman.

But in the third round, the Combat Brothers standout nailed Folayang with a head kick that ultimately changed the complexion of the match.

Despite the close result, Folayang can only focus on himself now, and that is what he plans to do moving forward.

“Deep inside, I am more challenged to work hard, to train smarter next time. I saw the results of my teammates and I was inspired by them, so now I need to focus on one hundred and ten-percent because I am still here.”

Mileage is certainly an issue for the Filipino martial arts hero, since he has been sacrificing his body for the sport for nearly two decades now.

But for the Filipino, age is just a mindset. And while he has a lot of things to consider moving forward, his mileage is the last thing he worries about.

“As much as possible I am still positive, I don’t think that I am that old. The more I think I’m older, the more that I am distancing myself to my goal to another shot at the belt,” Folayang said.

“That’s why as much as possible, I am really motivating myself. You look at guys like [Naruntangalag] Jadambaa and the others, they’ve been there for a long time. It’s just a matter of taking care of your health. For me, I remain very positive.”

Folayang’s teammate, former ONE Featherweight World Champion Honorio “The Rock” Banario returns to the division he dominated when he battles Shannon “OneShin” Wiratchai at ONE: KING OF THE JUNGLE on February 28 at the Singapore Indoor Stadium.

Amid Pons comparisons, Shiela Kiseo looks to carve own path in FEU