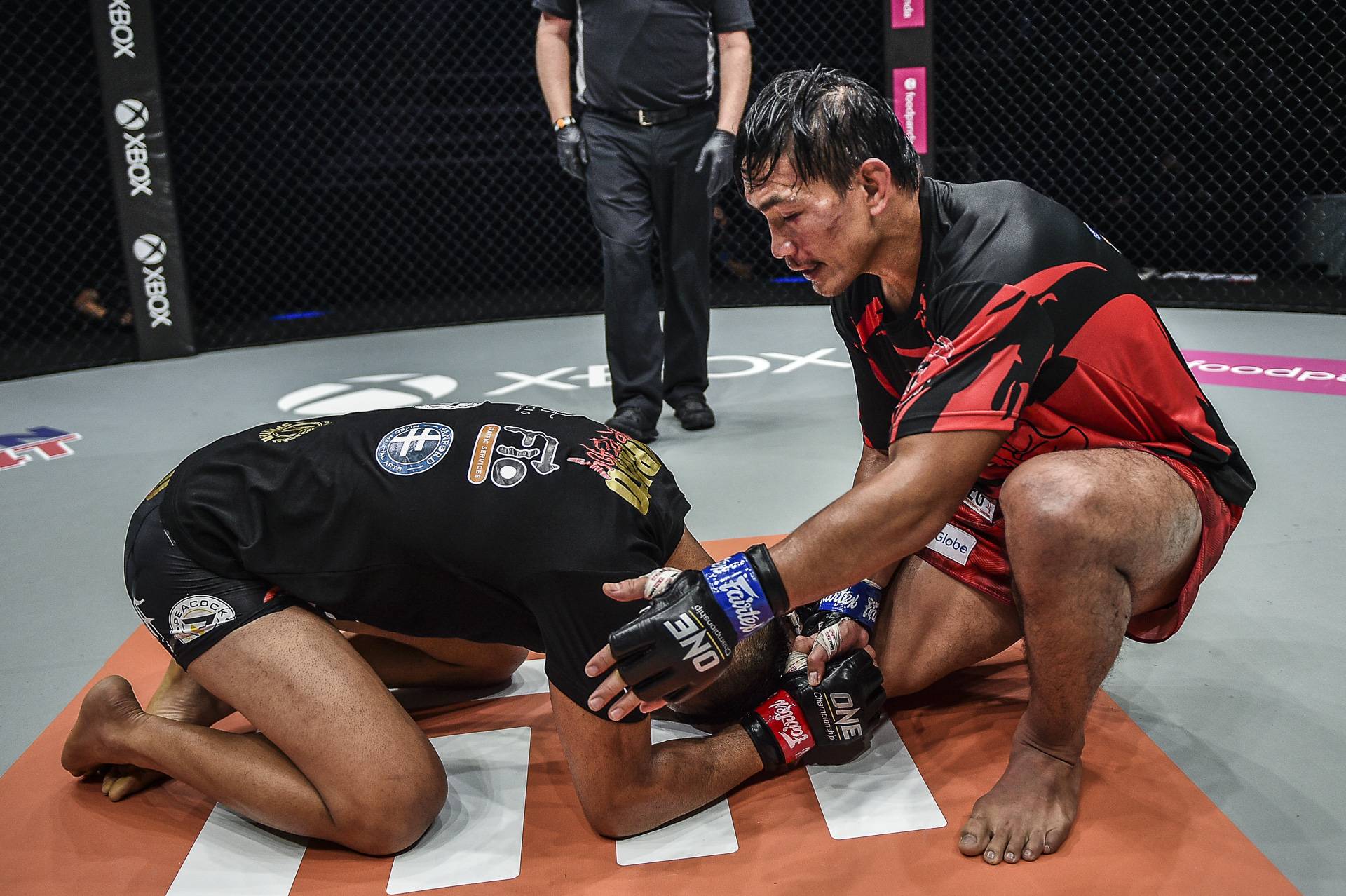 Eduard Folayang is not just a Philippine icon but a well-revered martial arts figure as well.

ONE: Inside the Matrix proved that on Friday night.

Right after the announcement delcaring Tony Caruso had taken a unanimous decision win over the former ONE Lightweight World Champion, the Australian bowed to Folayang — an ultimate sign of respect between martial artists.

“He said that he had a great respect for me and said that he was following me since the start of ONE,” shared the 36-year-old Filipino.

“He was very glad that we fought.”

The entire 15-minute lightweight bout was a grind in itself.

Despite dominating the first two rounds, Caruso — who has five inches on Folayang — had to scratch and claw his way to survive the final round. Cut and all, Folayang gave everything he got in the third stanza, connecting on clean shots against Caruso.

Caruso got the nod, though, handing Folayang his fourth defeat in his last four bouts.

“It’s his night. Sometimes when you prepare well and the luck is there, that’s a very good combination,” said Folayang.

But it was not all luck for the Team Lakay skipper, who advised Caruso after the bout.

A day later, the two exchanged shirts, signifying that whenever Caruso gets to Baguio, he is always welcome to train in Team Lakay’s gym.

#ReadMore  Hanniel Abella left a stable job for SEAG. It was worth it in the end
In this article:Antonio Caruso, Eduard Folayang, ONE: Inside The Matrix, Team Lakay