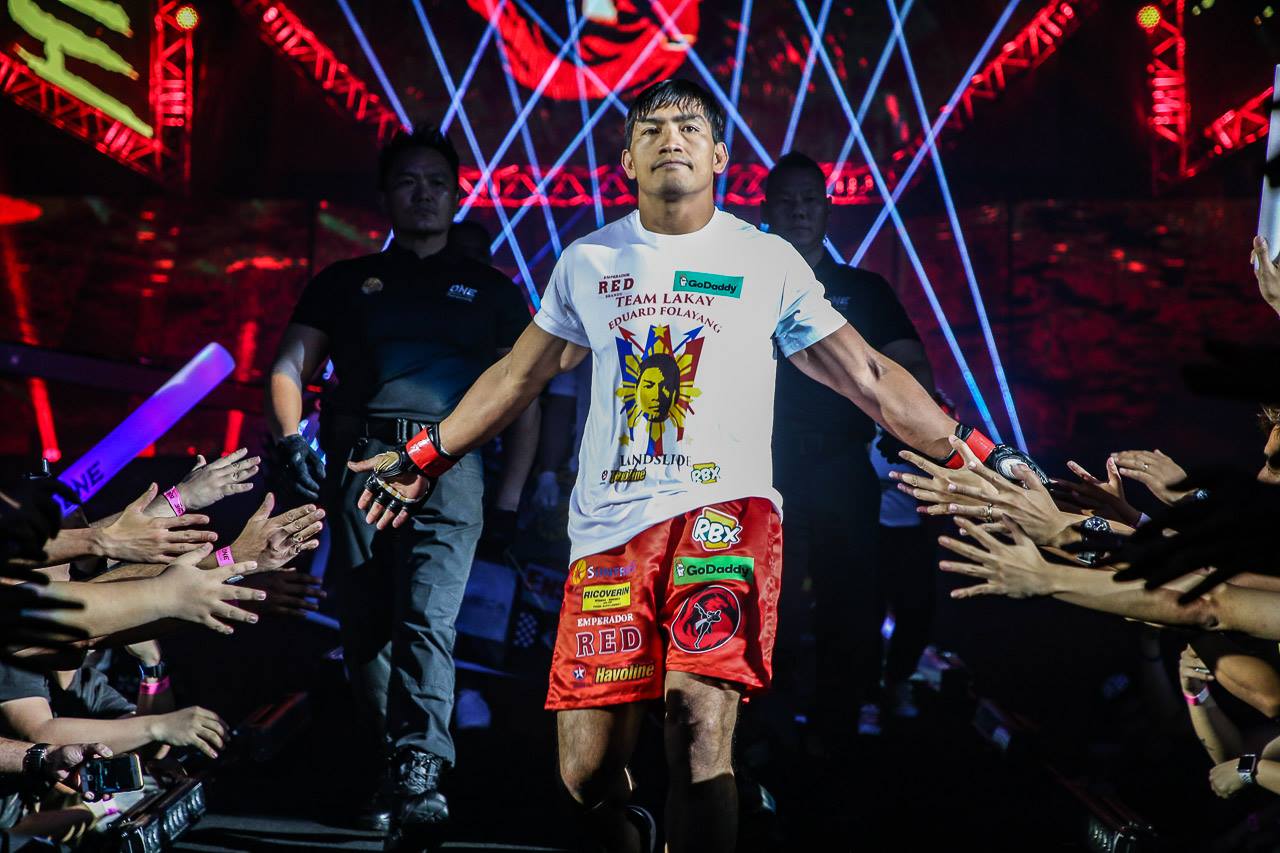 On Friday, 23 November, there will be a new ONE Lightweight World Champion crowned in Manila’s Mall of Asia Arena in the Philippines.

Former titleholder Eduard “Landslide” Folayang (20-6) will square off in a five-round affair against Singaporean knockout artist Amir Khan (11-3) for the vacant belt at ONE: Conquest of Champions.

“I am excited to announce that Eduard Landslide Folayang and Amir Khan will face each other for the ONE Lightweight World Championship on November 23 in Manila,” said ONE CEO Chatri Sityodtong.

On 28 September, ONE Championship Chairman and CEO Chatri Sityodtong announced via Facebook that two-division ONE World Champion Martin Nguyen was relinquishing the lightweight belt.

Ever since losing the ONE Lightweight World Championship to Nguyen at ONE: Legends of the World in November 2017, Folayang has stormed back into title contention.

The 34-year-old Baguio City, Philippines luminary ripped through a pair of undefeated Russian warriors to earn his spot in the championship tilt.

He beat Kharun Atlangeriev via unanimous decision back in May, and then he dispatched Sambo World Champion Aziz Pahrudinov two months later.

Now, the Team Lakay veteran has an opportunity to regain the belt in front of his countrymen, cement his place as the best-ever lightweight mixed martial artist the Philippines has ever seen, as well as avenge his favorite training partner Honorio Banario’s most recent loss.

“The stakes could not be any higher for both warriors in what will be the biggest fight of their careers. Eduard wants to reclaim his title and go down as the greatest Filipino martial artist in history,” added Sityodtong.

Over the past three years, Khan has been on fire.

He has won eight of his last nine match-ups in the world’s largest martial arts organization, including his most recent bout at ONE: Beyond the Horizon earlier this month, where he submitted Folayang’s Team Lakay stablemate Honorio “The Rock” Banario via rear-naked choke.

“Amir wants to become Singapore’s first homegrown World Champion in history, and stamp his legacy as the greatest Singaporean martial artist the world has ever seen,” closed the affable executive.

Odd Sunday for Magoo Marjon as he dabbles into barker duties