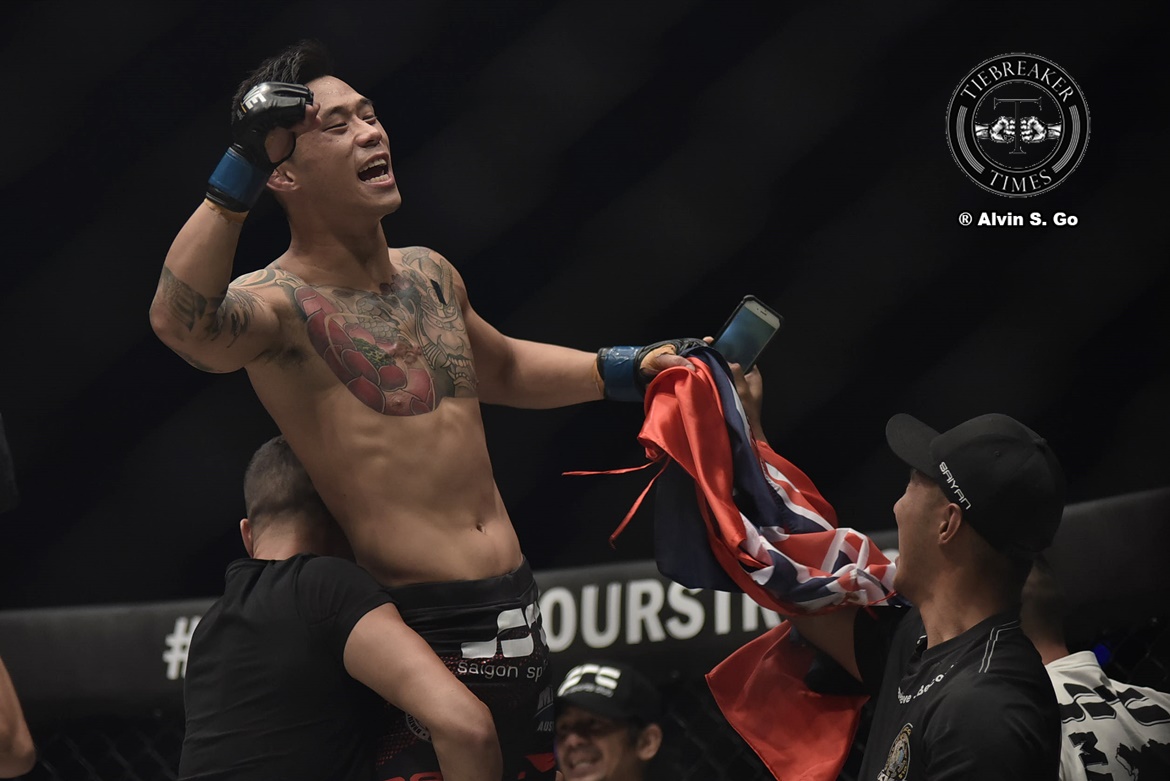 The stoppage came with 2:40 still left on the clock. A spinning back kick by Folayang terribly missed. Waiting after the recoil was a thunderous right straight by Nguyen that squared Folayang. The 33-year-old Filipino was already out on his way down. Nguyen threw hammerfists for good measure to ensure the win.

“I think coming into the fight, the main objective was the TKO. Hats off to Eduard, he showed relentlessness tonight. I hope he is all right and he comes back strong,” admitted Nguyen.

Folayang was the aggressor for the majority of the fight, throwing an array of kicks in the first round to quell Nguyen. Nguyen went for the clinch with a minute left into the round. A missed hip throw by Folayang resulted in the Vietnamese-Australian on top to close out the opening salvo.

“I am your number one fan,” Nguyen said to Folayang.

The proud son of Baguio City bullrushed Nguyen to start off the second round. Beginning to land, Folayang went funky, throwing spinning attacks. But his spinning back kick missed, resulting in that one shot by Nguyen.

PFFWL Roundup: Battle of Katipunan ends in another stalemate