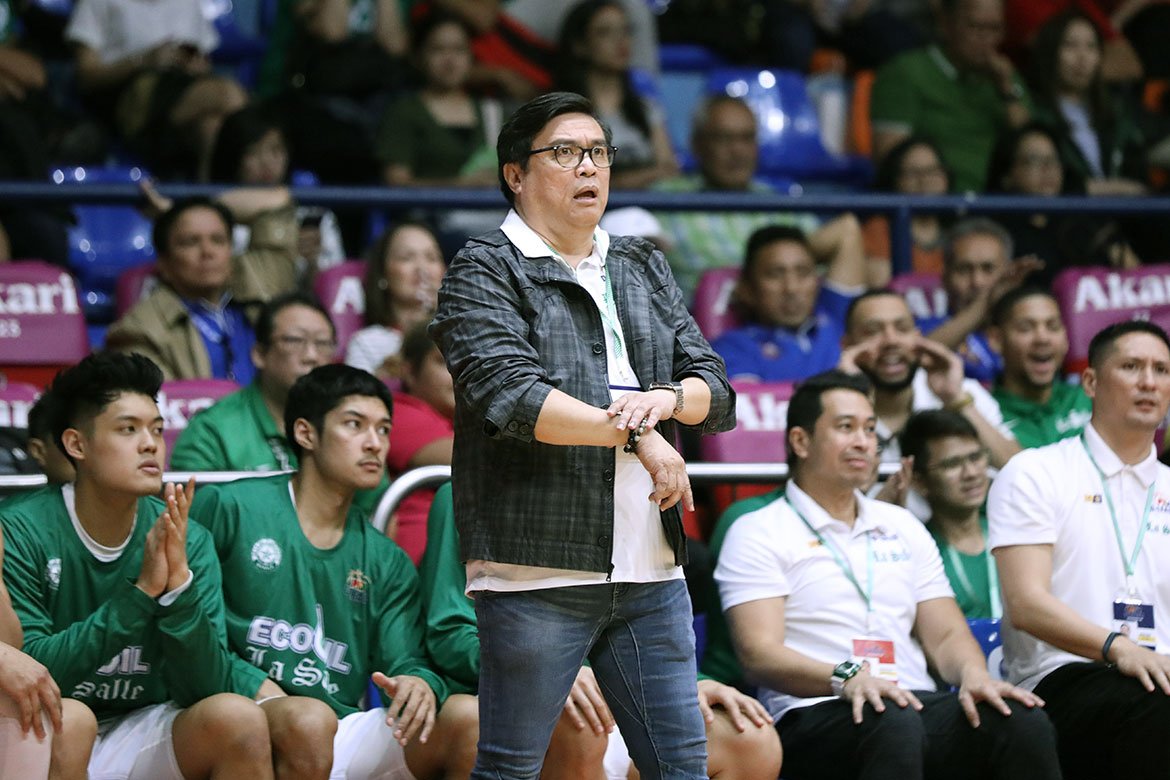 Derrick Pumaren’s return to the helm of La Salle went off to a great start following the Green Archers’ conquest of Wang’s-Letran for a rousing 2020 PBA D-League Aspirants’ Cup debut, Monday.

It was indeed a successful homecoming for the 57-year-old, who last coached his Alma Mater way back in 1991.

Pumaren is, of course, glad to have gotten the victory. But the decorated bench tactician was quick to note that the EcoOil-backed squad is still far from the form that he wants them.

“Well, I’m glad we came out winning this ball game, but we’re still far from the form that I want them,” Pumaren said moments after their 102-90 win at the FilOil Flying V Centre in San Juan.

“We’ve been making mistakes defensively. We’re fouling a lot — that’s what I’ve been trying to correct,” he added, as his side committed 35 fouls that led to 48 free throws for the Knights.

“We’ve only practiced for about six or seven weeks, so it’s a long way to go for us.”

Pumaren also said that he is still adjusting to his new squad — the former Centro Escolar University mentor had just taken over the program last January — and learning his wards’ games.

The EcoOil-backed team has therefore joined the developmental league to ease the transition. It will also help them assess who could make the cut for the UAAP Season 83.

“Adjustment right now is getting to know the players. We’re still trying to assess everybody on who will make it to the coming season. Right now, D-League is part of the program going to the UAAP.

“I’m still adjusting, I’m still trying to learn the players. We’re still trying to implement changes dahil sometimes they still go back to their old habits. But we’re getting there,” he said.