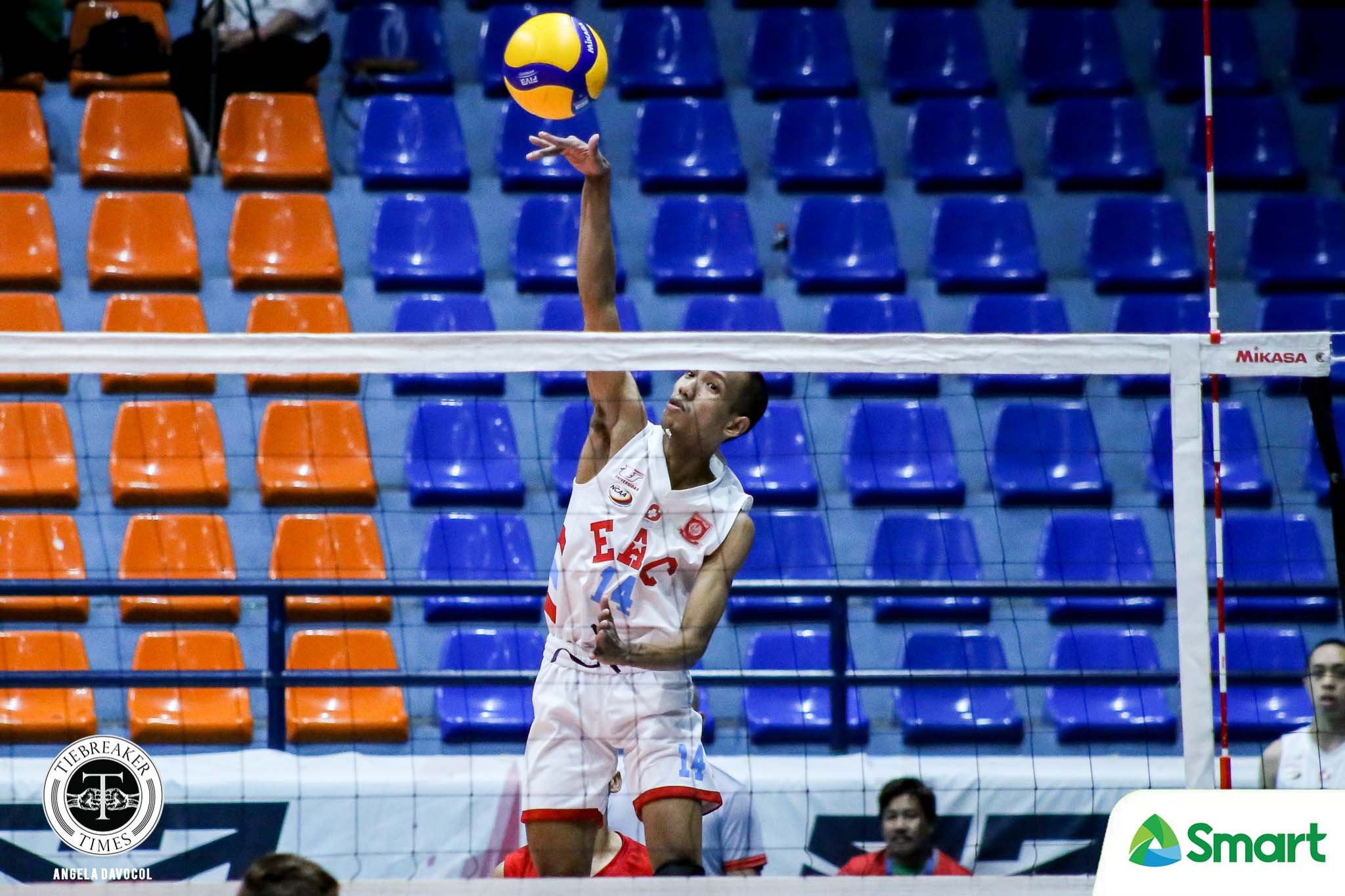 Coming off a rout of Letran to kickstart its campaign, Emilio Aguinaldo College sustained its momentum after securing its second win at the expense of Mapua University, 21-25, 25-16, 25-20, 25-21, in the NCAA Season 95 Men’s Volleyball Tournament, Monday at the FilOil Flying V Centre.

The Generals leaned on the firepower of Danrich Melad, Joshua Mina and Aeron Daduya, as well as Michael Imperial’s playmaking, to overcome an opening-set hiccup. They then rallied in the succeeding frames to emerge unscathed in the match that lasted for an hour and 38 minutes.

Melad spearheaded the Generals offensive barrage, unloading a game-high 20 points built on 18 attacks. Joshua Mina flaunted his all-around wares with a double-double output of 18 markers laced with 10 excellent digs. Aeron Daduya also carried some of the scoring load with 17 points, a pair of which coming from blocks.

Imperial continued to be a steady force for EAC, orchestrating the offense to the tune of 30 excellent sets. He powered the Generals’ dominance in the attacking department, which posted a 60 to 47 differential; all the while dropping four of his team’s six aces to end up with eight points.

On the other hand, the Cardinals slid to 0-2, tied with San Sebastian and Lyceum.

Mapua heavily relied on John Benedict San Andres, Emman Hizon and Alfredo Pangulong, all of whom were the only Cardinals in twin-digit territory.

San Andres nailed 15 markers while collecting 17 excellent receptions in a losing cause. Hizon rained down three blocks in his 14-point outing, as Pangulong managed 12 markers and eight digs that went for naught.

EAC looks to keep its slate pristine when it collides against the streaking St. Benilde on Thursday, January 23. Meanwhile, Mapua tries to barge into the win column when it faces Perpetual on Friday, January 24. Both matches will be played at the same venue.