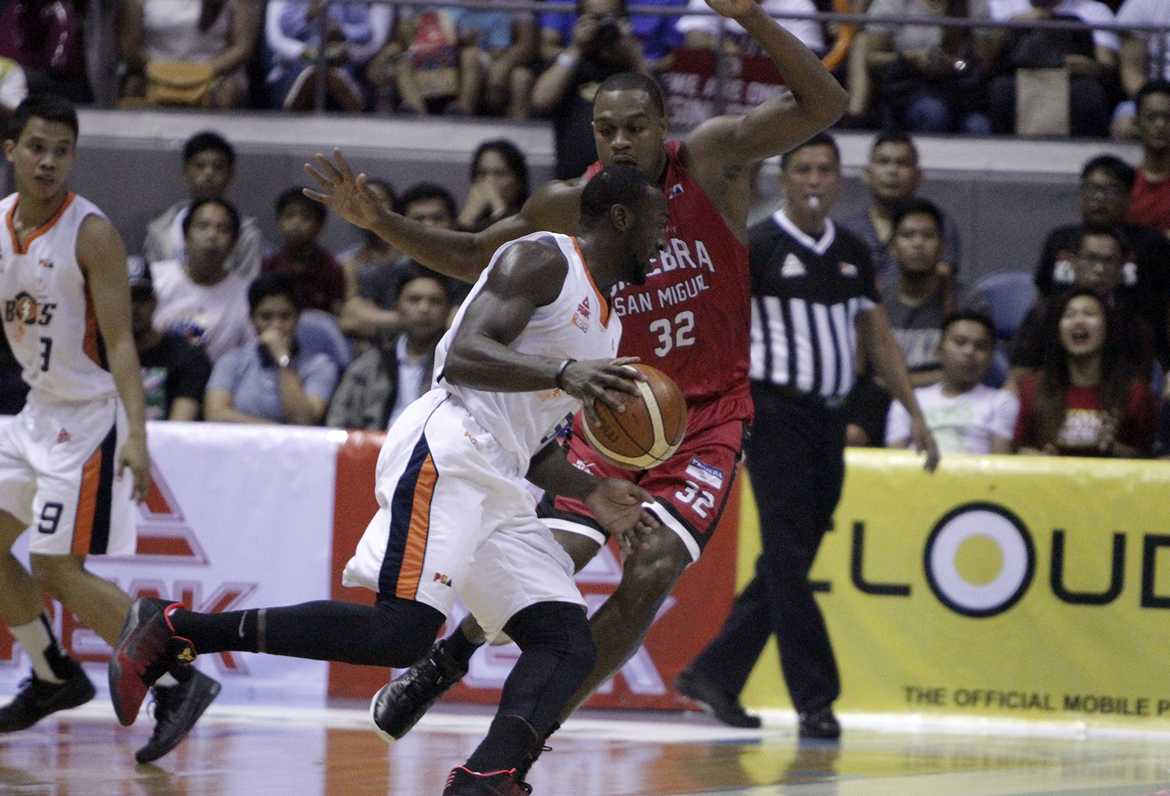 The highly-anticipated PBA Governors Cup opener did not disappoint!

In just the first game of the series, 48 minutes were not enough as the Meralco Bolts needed extra time to outlast the Barangay Ginebra San Miguel, 114-109, to draw first blood.

LA Tenorio started Ginebra’s opening half berserk with 20-point performance. The Gin Kings led by 11 at the intermission due to Meralco’s poor second quarter shooting.

As nerves started to settle in, the Bolts slowly clawed their way back with multiple perimeter hits to trim Ginebra’s lead to a single digit. Despite the bench effort of Ginebra led by Mark Caguioa and Joe Devance, Durham’s offensive blast was able to keep the Bolts at bay. A triple at the third quarter horn by Reynel Hugnatan chopped the lead, 80-75.

After a quick exchange of big shots to start the final frame, Meralco had the upper hand through a Jimmy Alapag three. Ginebra, however, countered with a 14-2 run with frenetic defense, and once again stretched their lead to double-digits at 96-85.

As the final stretch approached, Meralco hit back once again as Japeth Aguilar fouled out with 4 minutes remaining. Free throws by the Bolts, in addition to key hits by Reynel Hugnatan, locked the match at 98-all. Tenorio then scooped a layup, but that was countered by a big-time triple by Jimmy Alapag, who has also tied Allan Caidic for most threes made in a career.

With seven seconds left in regulation, Tenorio drove to the basket for the game-tying floater, leaving no time possible for the Bolts to clinch the match.

In overtime, Durham powered his way to two quick baskets to put the Bolts ahead of Ginebra. From that point, it was all Meralco, who made three straight stops to maintain their lead. With two minutes left, Cliff Hodge knocked down the game-winning triple to make it an eight-point game and put the final nail in the coffin.

“I was a little fatigued in front of these 20,000 people screaming.” admitted Durham after the game. “I want to have more focus on the next game and I’m so proud of my guys and hopefully they show up for three more games.”

The Bolts were powered by a career-game from LA Tenorio, who tallied 36 points on 14/25 shooting. Justin Brownlee added 17 but took 18 shots for it.

Game Two of this series will be played on Sunday, 6:30pm, still at the Smart Araneta Coliseum.