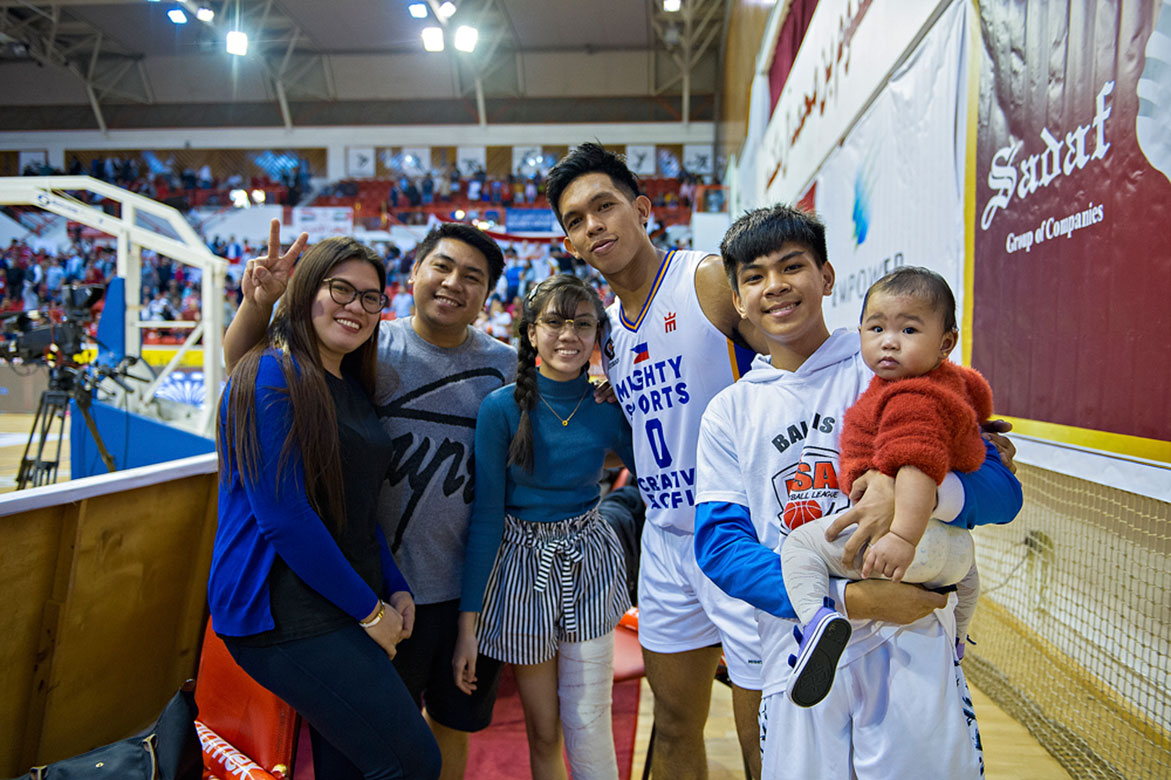 Fresh off a stellar five-year career in the UAAP, Thirdy Ravena has decided to make a huge career leap.

Instead of entering the PBA, he opted to sign with Japanese club team San-En NeoPhoenix in the B.League.

But for coach Charles Tiu, who is the head coach of Mighty Sports Philippines, their Dubai campaign early this year proved that Ravena is ready for international competition.

“You knew he was physically gifted playing at the college level, but in Dubai, playing against American imports with a lot of experience or African guys who were way bigger than him, and more than holding his own — especially defensively — really impressed me.

“Also, this guy is just a workhorse. He just continues developing his game, and you can really see his dedication. Can’t say enough about his attitude on the floor,” shared Tiu, as Ravena averaged 5.71 points on 45.5-percent shooting and 1.86 assists in 18.2 minutes during their seven-game run.

It will be a long grind for Ravena in the B.League compared to the PBA. The league’s regular season is 41 games long and spans eight months.

And during that time, Tiu hopes to see the 6-foot-2 swingman develop further as a floor general, since it can only lead to good things, not just for his career but also for Gilas Pilipinas.

“Probably being more of a guard and playmaker at the international level.

“It is unfair for me to say that just based on our short tournament together, because he was playing alongside ball-dominant imports. But I’d like to see him make more plays with the ball and for his shooting to be very consistent — like international-level consistent,” said Tiu, who is an assistant coach for Gilas Pilipinas Youth.

As a former assistant coach in the PBA and as a current coach at the collegiate level, the protege of Rajko Toroman is no longer surprised that homegrown players are starting to be tapped as imports in international leagues.

But in Ravena’s case, Tiu said that it’s his work ethic that punched his ticket abroad.

“It’s always nice to see a Filipino player excel and play internationally. We don’t get to say that a lot about our players, especially homegrown Filipinos who have lived here all their lives. I’d like to see what he can do in that type of league,” said Tiu, who steered Mighty Sports to both the 2019 Jones Cup and 2020 Dubai International crowns.

“But everything that he has done really is all from his hard work. He deserves all the credit and I am so happy to see him succeed! I’ve seen him and followed him through his ups and downs since he was a high school player.”

Thirdy Ravena can’t wait to play for 8,000 OFWs in San-En