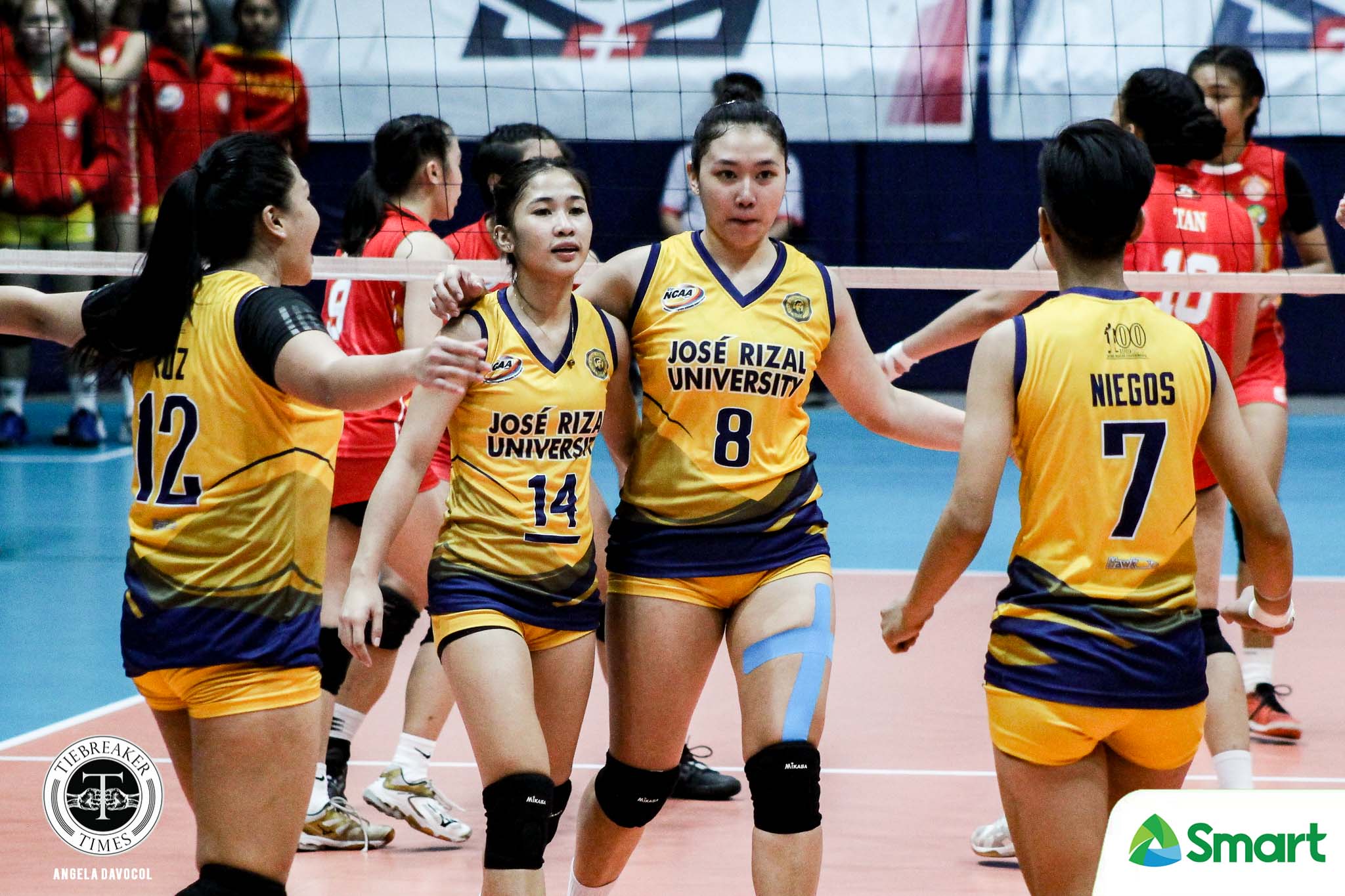 With a breakthrough win well within sight for Jose Rizal University late in its curtain-raiser against San Sebastian on Thursday, Dolly Versoza detonated a bomb from the left wing to give her side a crucial 10-7 edge in the fifth set.

Moments after that, a woman bellowed from the stands, shouting: “Lima na lang, Dolly!” And in response, Versoza looked towards the crowd and smiled.

Versoza is well aware of the huge responsibility she has to shoulder as a third-year spiker and Management major for a team built on rookies and sophomores.

Though the 21-year-old might not have scored five times in a row late in the match, she delivered the crucial plays, including the match-clinching blow. And that conscious effort to take charge when it matters most is something that she’s now more than willing to embrace. 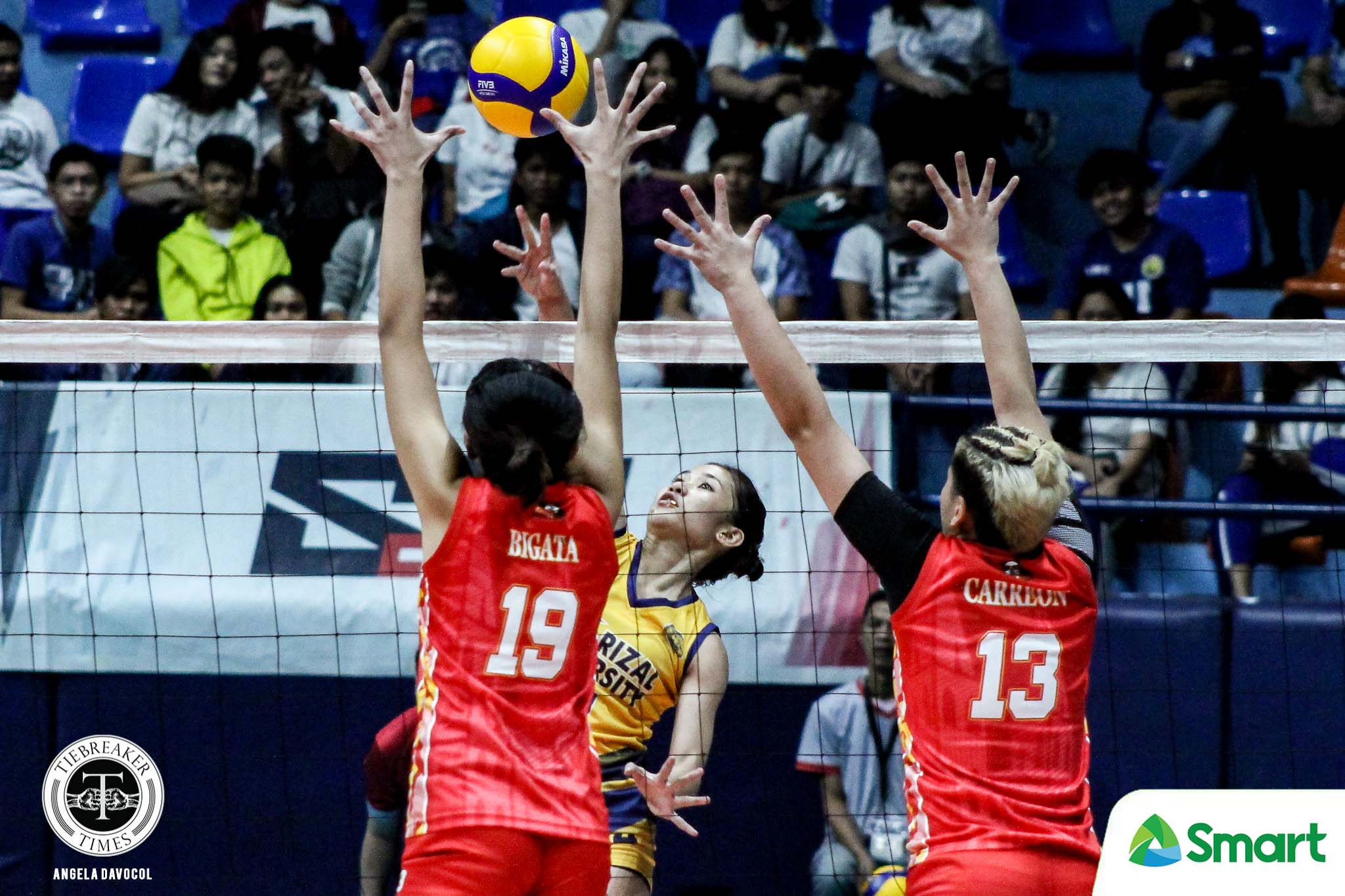 Entering this season, JRU lost significant firepower with Karen Montojo and Mary Grace Rivera’s exit from the collegiate scene. Not to mention the fact that Season 93 MVP Shola Alvarez has long since left the Maria Tioseco-mentored squad.

Given this, Versoza has become the team’s focal point on offense. And most importantly, the major source of leadership.

But besides the motivation she’s capable of providing, Versoza also proved that she can lead her relatively young team by example. Her all-around brilliance that produced a game-high 21 markers built on 16 attacks and three services, to go along with 20 excellent digs was solid proof.

With the season well underway, do expect Versoza to be the leading light for her sisters-in-arms in a bid to propel JRU back to title contention.