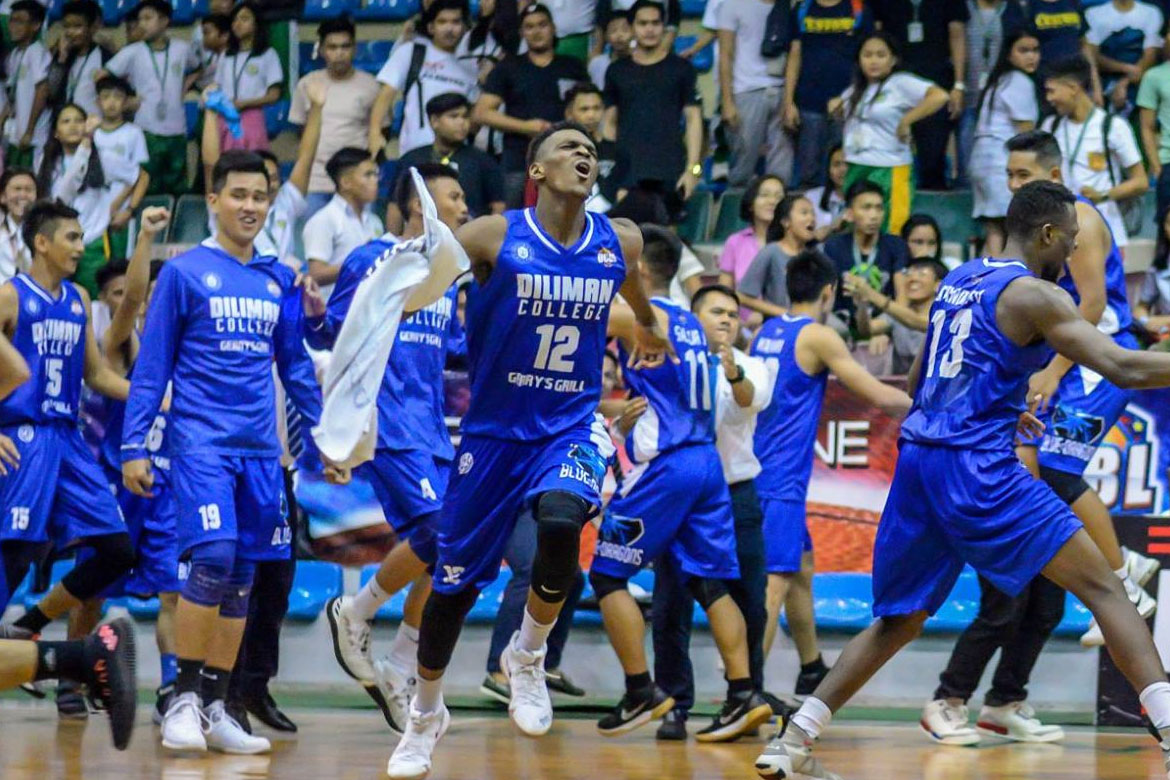 The Diliman College Blue Dragons booked the first finals berth with a 77-68 win over Technological Institute of the Philippines Engineers; while the Olivarez College Sea Lions forced the Centro Escolar University Scorpions to a deciding Game 2 in the Universities and Colleges Basketball League Season 3, Monday evening at the Olivarez College in Parañaque City.

It was John Mahari’s turn to shine this time for the Blue Dragons. He imposed his will inside to score 21 points, while also grabbing eight boards in 33 minutes of action.

This is the 10th straight win for the Rensy Bajar-mentored Diliman College, paving the way for their first finals appearance in the tournament.

“We finally made to the finals,” said Bajar. “Hopefully we can go all the way.”

The top-seeded Diliman will face either inaugural champions Centro Escolar University or Olivarez College in the Finals, which is a best-of-three affair.

Bajar credited the team’s good start for the win, saying: “It was a tough win but good thing we made our shots early and we defended well at the height of their rally.”

Robbi Darang was at his usual best, coming through with a double-double effort of 14 points and 11 assists. Import Kevin Gandjeto also produced twin numbers of 15 boards and 12 rebounds.

On the other hand, the Olivarez Sea Lions leaned on a clutch basket by Yani Elie to beat the Scorpions, 68-67, in the second game.

Elie’s baskets came after the Scorpions rallied to take the upper hand, 67-66, on a basket by 6-foot-11 Senegalese Maodo Malick Diouf. Elie finished with 15 points and 10 rebounds.

The knockout match is set on Thursday, with Game 1 of the finals on Monday.

Diliman and CEU have twice-to-beat privileges for finishing 1-2 in the double-round elims.