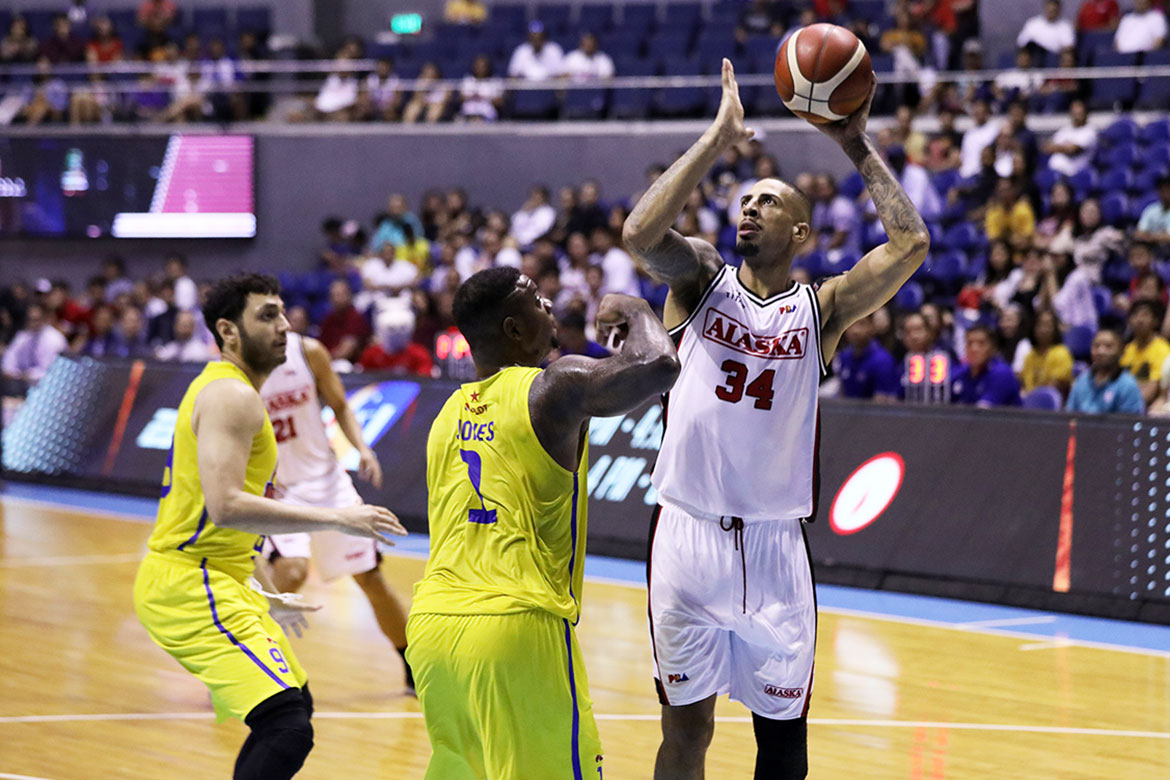 Alaska pulled off a huge shocker, as the eighth-seeded Aces blasted the heavily-favored TNT KaTropa, 108-72, to send their 2019 PBA Commissioner’s Cup quarterfinal series to the limit, Sunday evening at SMART Araneta Coliseum.

The Aces showed no signs of slowing down despite coming off a playoff versus Meralco about 48 hours ago. They pulled away in the second period to open the floodgates and drag down TNT to as deep as 38 points.

“Definitely didn’t see that coming,” said Alaska head coach Alex Compton. “I think a big part of it was they missed shots they normally make. These games happen. It happens to great teams and TNT is a great team. They missed shots.”

Six Aces finished in double figures, with import Diamon Simpson and Jeron Teng at the forefront with 15 points apiece. Simon Enciso and Chris Banchero scored 14 each, while forwards Vic Manuel and Carl Cruz had 13 and 11, respectively.

But beyond their balanced attack, it was their defense which did wonders in the victory – especially against Terrence Jones. The Aces limited the former NBA cager to just 19 points and forced him to commit seven errors.

Alaska did their best to frustrate Jones, and the latter reached his boiling point when he pushed Cruz after the third-quarter buzzer. Jones was then assessed with a flagrant foul penalty one, and he no longer returned to the game again.

The Milkmen are now the only other team to deal the KaTropa a stinging defeat in this mid-season joust. Meanwhile, the first ones to achieve it were the second-seeded NorthPort Batang Pier back in May 29, 110-86.

Jayson Castro had 23 points, five rebounds, three assists, and three steals to lead TNT, who only shot a dismal 29 percent from the field, including 6-of-35 from three – this, after shooting 43.2 percent during the eliminations.

The do-or-die match will be on Wednesday, July 24, still at the SMART Araneta Coliseum.