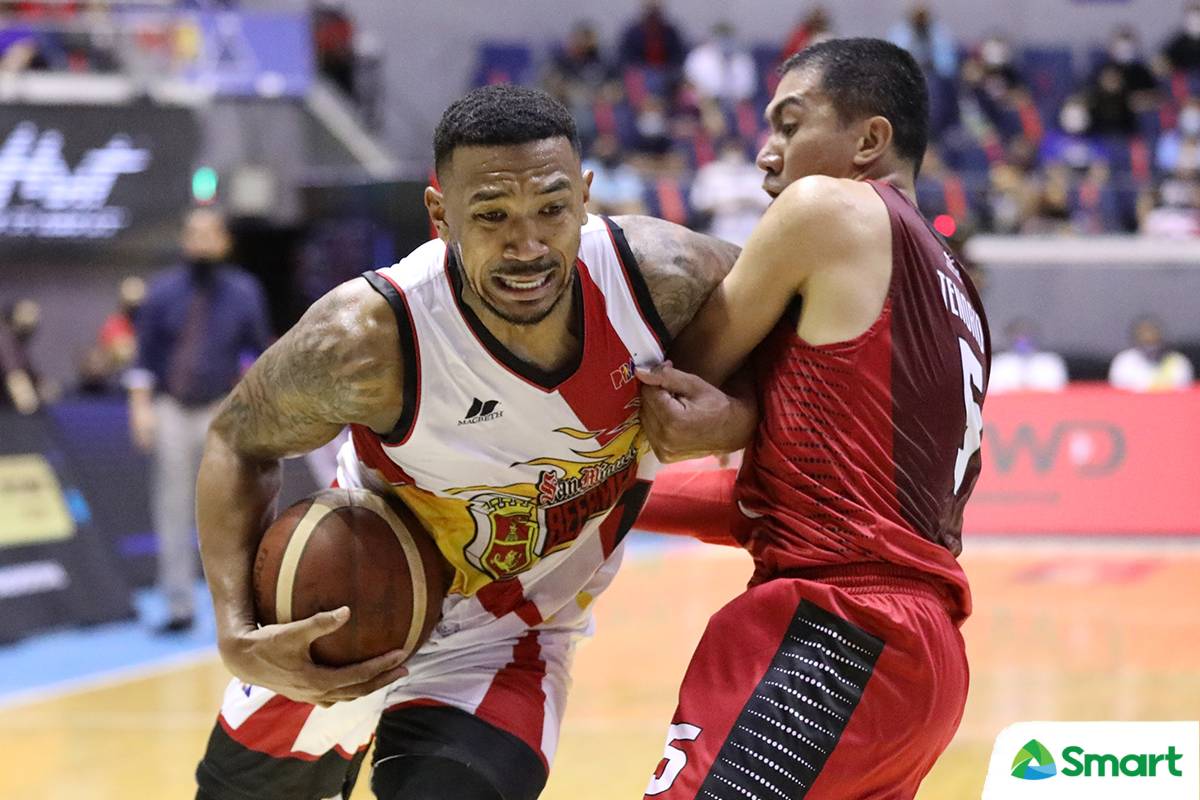 Orlando Johnson finally played to his potential on Sunday night.

And what better way to do so than against his former team.

The former NBA veteran dropped a near triple-double of 31 points, 10 rebounds, and eight assists, powering San Miguel to a 110-102 victory over Barangay Ginebra for their bounce-back victory in the 2022 PBA Governors’ Cup.

Johnson produced 10 of his points in the third chapter, where he helped his side gain control of the match. All in all, he shot an efficient 12-of-19 from the field, including a perfect 3-for-3 from deep in over 41 minutes of play.

It was a totally different performance than the one he had in his SMB debut against TNT last Wednesday. There, he only mustered a PBA career-low 12 points on a measly 3-of-22 shooting as they got blown out, 81-96.

Though he explained that it was his first game back after a long while, the 32-year-old said that he took that particular outing personally, thus the eagerness to redeem himself against the defending champions.

Definitely, he did, leading to their fourth win of the tilt.

“This is my first time playing basketball in about a year, so it felt good to get back out here,” said Johnson, who last played for Brisbane in the 2020-21 season of Australia’s National Basketball League (NBL).

“My teammates have my back, they knew I took that game personally, the first one, because I wanted to do so well. But I knew it was just gon be a matter of time before I found my rhythm again and got back to form.”

Johnson was definitely a thorn in the side of the Barangay, whom he played for in the 2015 Governors’ Cup. Still, he said that it’s all love with his old team always, but he’s business as usual with his current ball club.

“It’s always love playing against NSD,” said the American cager, who went to the Philippines three years after being picked by Sacramento in the second round of the NBA Draft.

Johnson said that it’s been fun being with San Miguel. 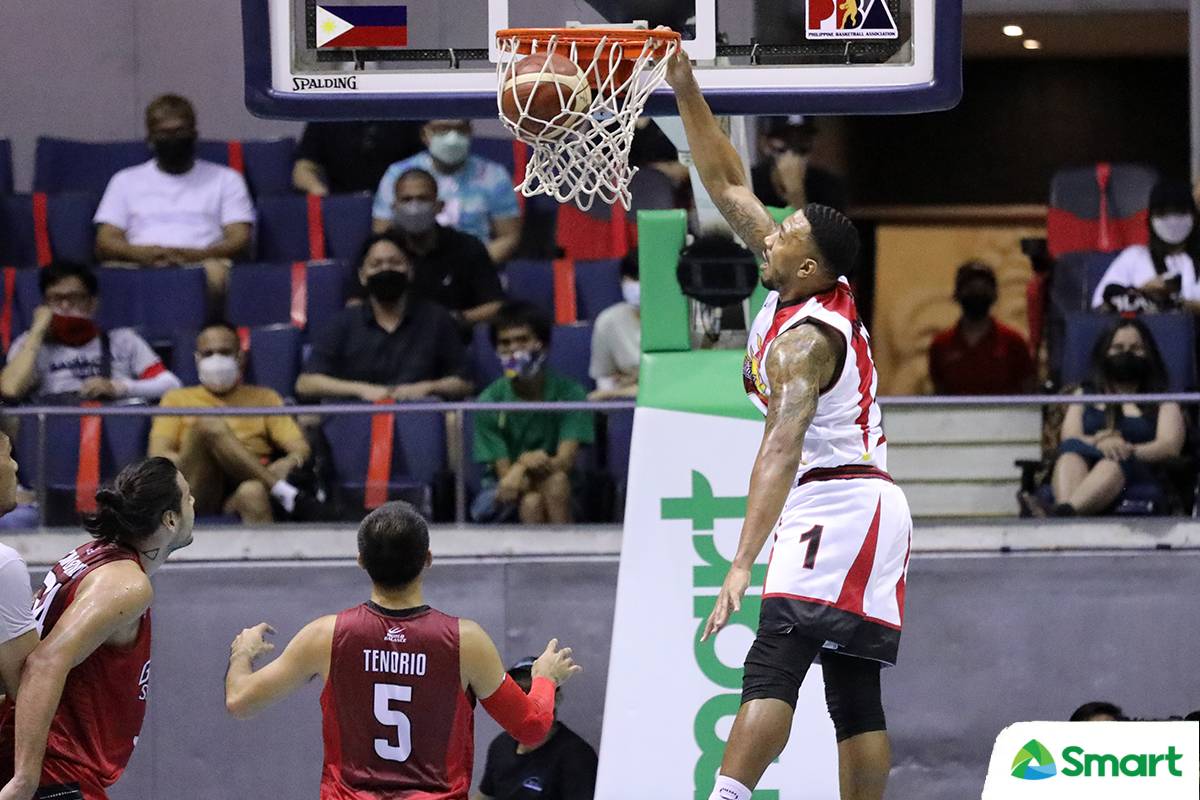 “I like it because it gets to show my versatility,” he said.

“I think the first time here, everybody [had] seen the amazing dunks and a lot of points, but necessarily didn’t lead to as many wins as I would like. This team, we have a lot of guys who can play,” he furthered.

Now that he has gotten his first win with the Beermen, Johnson believes that they’re only going to get better moving forward.

“I think we’re just gonna keep getting better,” he said. “A lot of these guys haven’t played since December 26 and then we only had like a week and a half to kinda get ready for games as a team.

“So, I think the more we keep practicing and playing with one another, I think that will show on the court how much better we can get.”