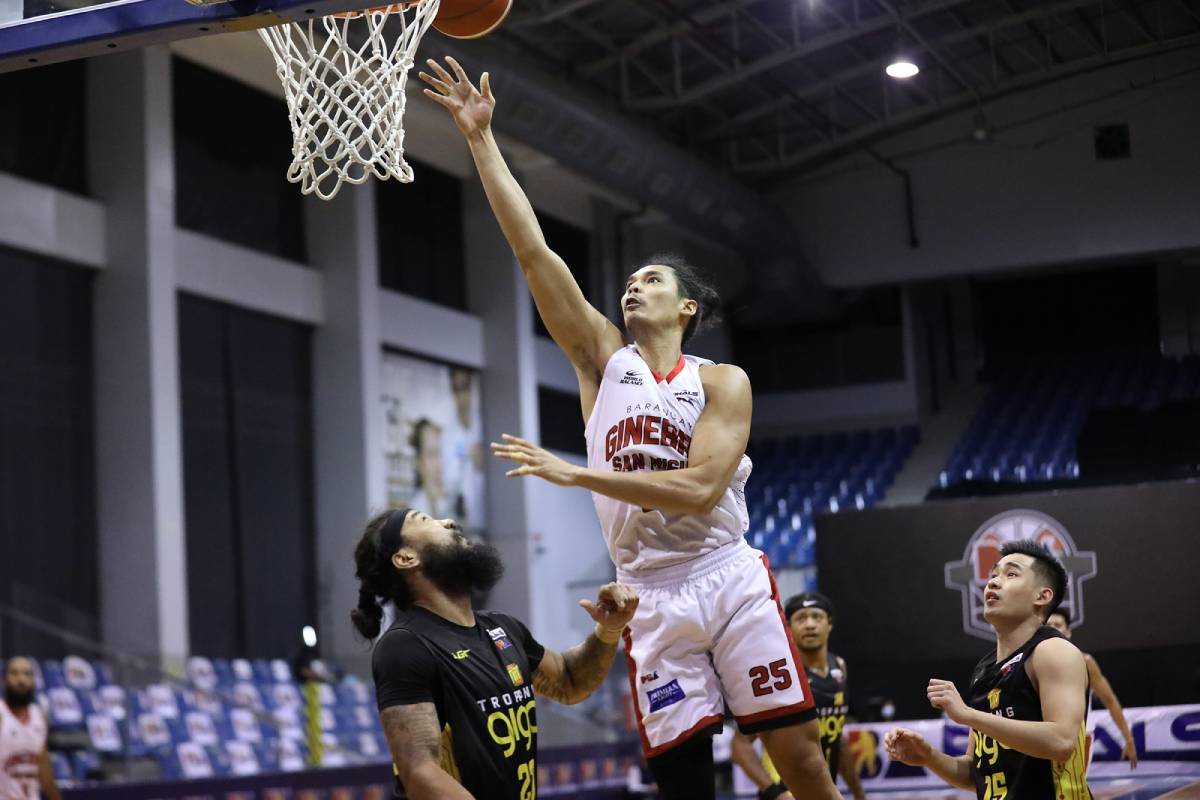 SMART CLARK GIGA CITY — It was only last Friday that both Barangay Ginebra San Miguel and TNT Tropang Giga dispatched their respective opponents on their way to the 2020 PBA Philippine Cup Finals.

The best-of-seven championship battle began right after, on Sunday night. And the corporate rivals had to play on tired legs beyond 48 minutes, since neither team would yield.

Eventually, the Gin Kings proved to be the steadier team down the stretch, carving out a 100-94 win to gain a head start in the series.

As cliche as it sounds, Japeth Aguilar said that he and the rest of the Barangay simply gave it their all en route to the victory.

“‘Yung game kanina, we gave it all on the floor lang talaga,” the 6-foot-9 forward offered moments after the match.

Aguilar himself was among those willing the Gin Kings to the win. He scored half of his team’s eight points in OT, including the big slam off an LA Tenorio feed with 19.6 seconds left to suck the life out of TNT.

The 33-year-old played for over 34 minutes in their semis do-or-die versus Meralco last Friday. And he was on the court for 36 minutes this time. He still finished with a game-high 25 points on 11-of-14 shooting, alongside 16 rebounds.

Head coach Tim Cone, on the other hand, seconded the sentiments of the 11-year veteran, citing the desire not just of his squad but of the Tropa as well.

“The legs came from just pure desire,” he said. “They just really have a great desire, both teams I felt just had a great desire.