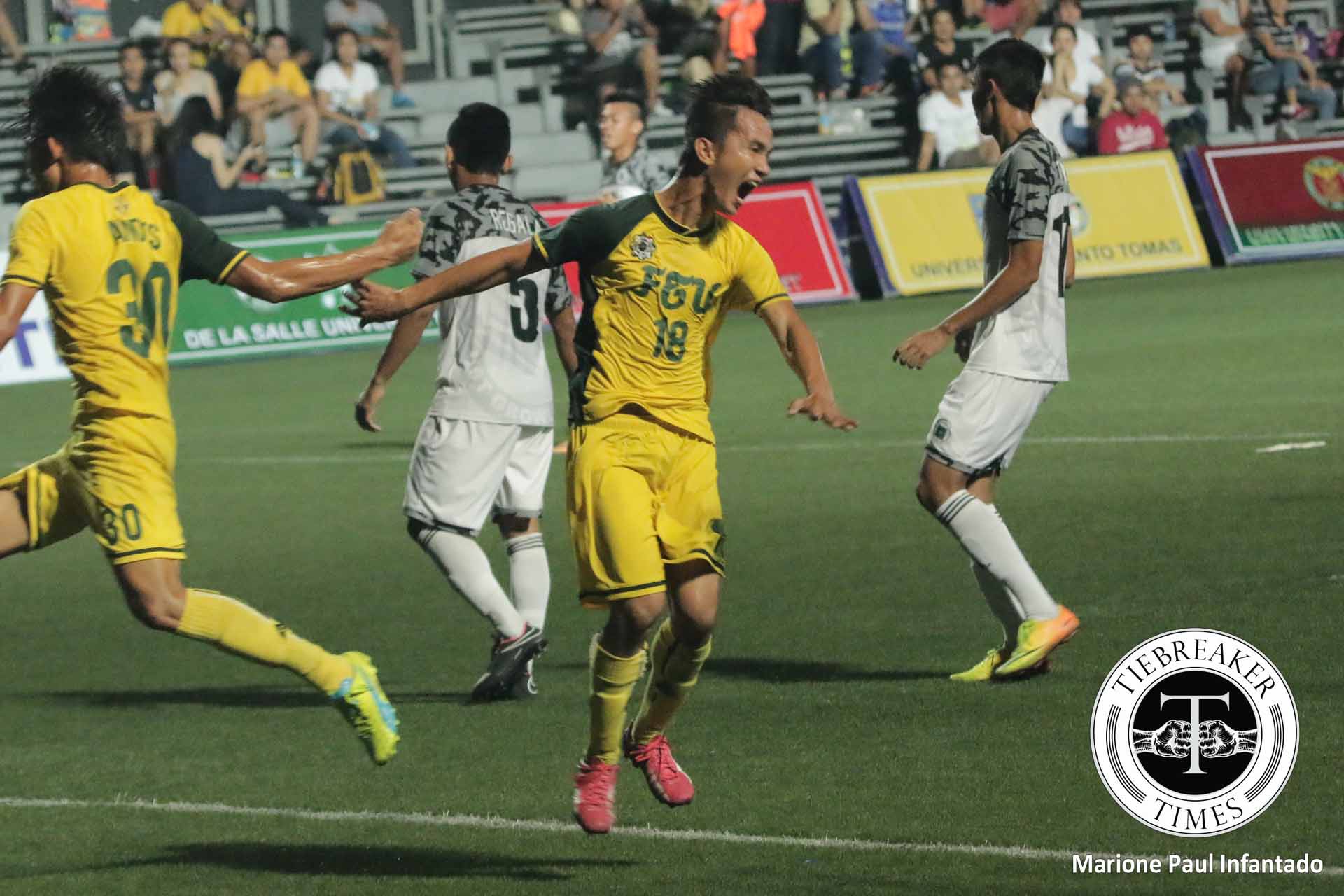 Dave Deloso scored two goals (32′ & 64′) while Eric Ben Giganto (80′) and Michael Menzi (81′) added theirs late in the game. The result elevated FEU at 2nd place with 17 points over La Salle courtesy of goal difference. UST, though, remained on top of the league with 18 points. It was also the first loss this season.

Once the referee blew his whistle, the Tamaraws here hungry for a win after the Growling Tigers stunned them, 0-1, in their first round clash. FEU’s intent to win was blatant from the get go and it seemed like the Tamaraws would inevitably score the goals. At just the third minute of the match, midfielder Paolo Bugas found an opening and unleashed a shot but it was blocked out of play. Audie Menzi then had a free kick which was easily caught by UST goalkeeper Zaldy Abraham.

FEU were relentless in the match. Perhaps it can be said that the Tamaraws are the only team in the league, maybe aside from the Fighting Maroons, who can actually hold the ball and be patient with it. The patience was constantly rewarded with good passing and openings. An instance of which was Chy Villaseñor playing in Dominique Canonigo but the latter failed to capitalize. Mark Arranguez had a shot on goal afterwards, but Abraham was on hand to catch it.

#ReadMore  Why Jordan Clarkson was picked as flag-bearer

As for UST, it was a case of being visibly outplayed. The FEU backline easily dealt with UST’s long ball tactics and the Growling Growling tigers struggled to conjure chances from open play. They were restricted to half chances, namely a Ronald Batisla-Ong shot which went over and a Dionisio Busmion Jr. attempt that went wide.

The Tamaraws, though, were continuously pressed the Growling Tigers into submission. The Tamaraws thought they finally succeeded when Val Jurao put the ball at the back of the net but his goal was ruled out for offside. Few minutes later, however, Deloso made no mistake to score FEU’s first goal of the game when he was played through at the 32nd minute. FEU’s lead could have been doubled before the break but Abraham denied Joshua Mulero and Rico Andes in succession.

FEU were deservedly 1-0 up at the break while UST were left to lament their inability to go toe to toe with the Morayta based squad.

A similar story unfolded in the second half. FEU were on the ascendency as UST were left hanging on the ropes. A wonderful Reymart Cubon ball was met by Deloso but the latter headed it wide. Bugas then ran through midfield and unleashed a powerful shot, but it went straight to Abraham. Mulero was then fouled at the edge of the UST penalty box, Canonigo stepped up again but Abraham was in control.

UST simply ran out of steam in the second half. Their forwards were exhausted having to press and chase long balls from the backline. Growling Tigers rookie striker AJ Pasion, in particular, harried all game but failed to have a decent sniff due to lack of service. It was only a matter of time before FEU added to their lead.

That second goal finally arrived for the Tamaraws at the 64th minute. Deloso scored in similar fashion to his first goal. Bugas played a fantastic through pass for which Deloso only needed to put the ball at the back of the net. Nevertheless, FEU were still hungry for more goals and Andes could have added to his personal tally of six goals this season but the angle and the post stopped him from doing so.

In the end, FEU were not to be denied more goals before the final whistle was sounded off. Bugas, again, delivered a clever pass which was latched on this time by Giganto who calmly finished it off at the 80th minute. Moments later, Michael Menzi converted a Jurao cross to score FEU’s fourth at the 81st minute.

Up next for FEU is Adamson University at the Moro Lorenzo Field in the Ateneo de Manila University. The match will be held on March 31, 2016 (Thursday) at 4:00PM. On the other hand, UST shall face Ateneo on April 2, 2016 (Saturday) at McKinley Hill, kickoff time is 3:00PM. 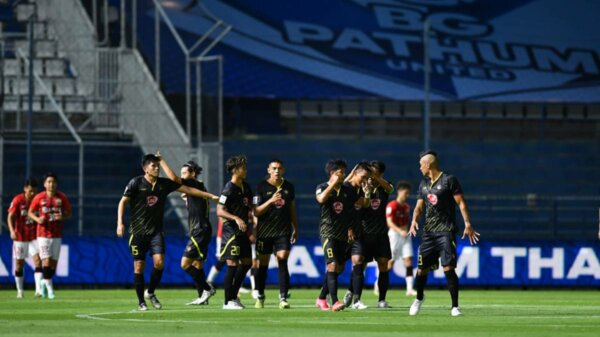