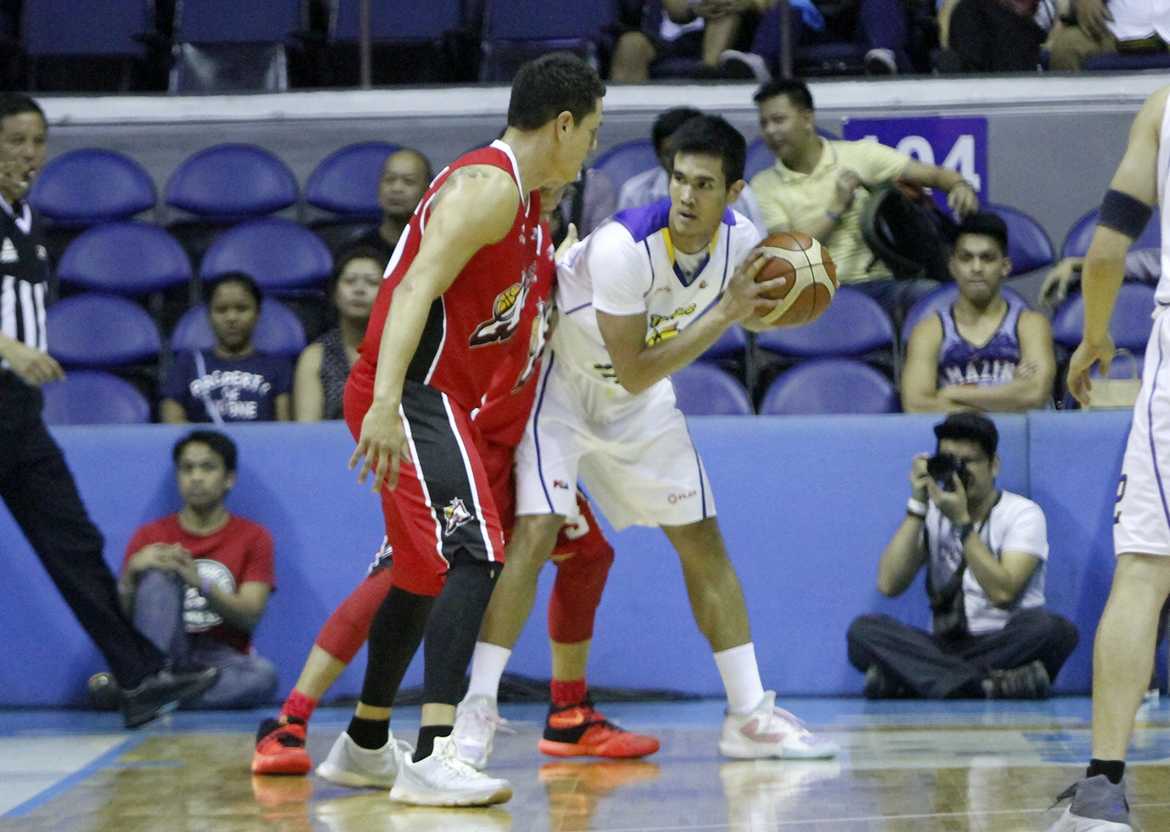 Tony Dela Cruz has averaged only 1.3 PPG in the elimination round, playing only 7.8 minutes per outing. Those numbers rose in the quarterfinals, as Dela Cruz normed 6.7 PPG in close to 18 minutes of action per game.

The Aces defeated the Tropa, 99-81, in the series decider Friday night, with Dela Cruz contributing eight points, including a perfect 2-for-2 from three-point area. The veteran wing man said after the match that he was ready for whatever role head coach Alex Compton would give him.

“I am always ready. Coach Alex knows I am always ready no matter what. Whatever role is asked of me, I just understand the responsibility of playing with energy, playing smart, just coming out and shooting every shot,” said Dela Cruz, adding that he does not mind being one of the elder statesmen on the team as long as Alaska wins.

“I am just ignoring what my body says. I just want to get the win. I don’t care who scores as long as Alaska scores.”

Three players scored in double-digits for the Aces, while five more chipped in eight points each, in another display of team effort. Alaska limited TNT to only 38% from the field, and forced 20 turnovers which led to 27 turnover points.

“I certainly did not expect the game to go (this way). I am so proud of my team’s defense. I talked about how our defense should be near-perfect coming into this game. That’s all I can ask from our guys. I am grateful for the effort. That was special defensively. It makes me proud to be their coach,” Compton shared.

“That’s how we have to play. We were still all emotional about losing the last finals to San Miguel, so it is always on the back of our minds. We know how to get there and we just have to do it. Obviously we came out with a total team effort today,” Dela Cruz added.

The Aces will now go up against the Meralco Bolts in the semifinals starting on Monday. The Bolts have an abundance of wing men in Cliff Hodge, Jared Dillinger, and Chris Newsome, and Dela Cruz said he is ready for the challenge.

“Absolutely, it is where everyone wants to be, we have to get to the finals. They’re a good team coached by a good staff, a good organization, so we have respect for them.”