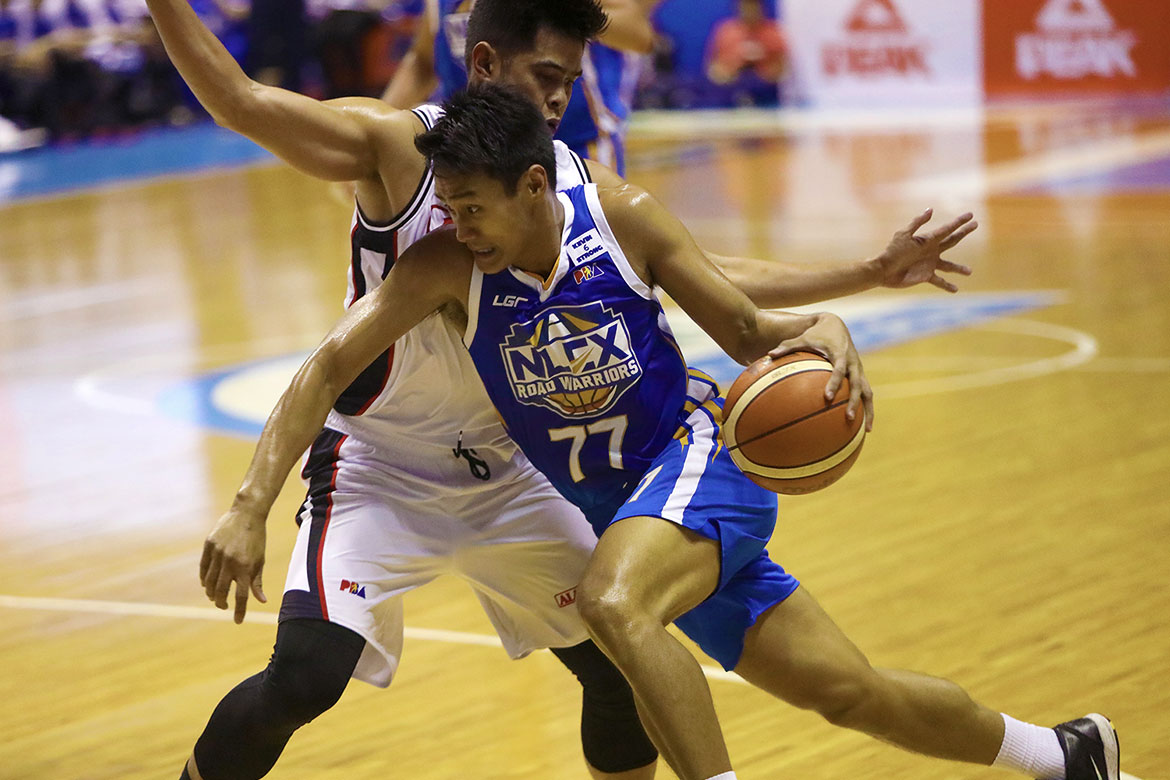 Fired up by the ejection of Yeng Guiao, the NLEX Road Warriors delivered a big 91-70 victory over the Alaska Aces to get back on track in the 2019 PBA Philippine Cup, Wednesday night at SMART Araneta Coliseum.

The fiery mentor was thrown out with 5:22 remaining in the second quarter after incurring his second technical foul of the game. Still, it did not stop the Road Warriors from ending their two-game skid and improving to 3-5.

“It was the second time na ginawa niya yon. Usually, ‘pag nagrereklamo yung coach … The thing is, si Coach Yeng, he doesn’t do anything that’s not calculated. So if he’s thrown out, there’s a reason,” said lead assistant Jojo Lastimosa.

JR Quiñahan and Bong Galanza had 14 points apiece to lead the Road Warriors, while Jansen Rios supplied 10 markers. Center Poy Erram was just a point shy from a double-double performance, as he collected nine points and 12 rebounds.

The trio were responsible in NLEX’s second quarter pull-away. The Road Warriors made a 12-1 rally to turn a slim three-point lead to a wide 50-36 cushion heading into the break, a cushion that the Aces were never able to deflate.

“We still have a bit of life. Mathematically we’re still there,” said Lastimosa of the Road Warriors’ flickering playoff chances. “But it’s a long road casue we need to sweep our next four games. It’s going to be a big [challenge].”

Jeron Teng had 23 points to lead Alaska, who have now absorbed back-to-back losses with wide margins. Sophomore Davon Potts was his only support with 13 points, four rebounds, and two assists in over 26 minutes of action.

The Milkmen have dropped to 3-4.

NLEX will look to get going versus the struggling Blackwater Elite on Sunday, March 17, still at the Big Dome. On the other hand, Alaska will aim to end their skid versus the TNT KaTropa this Friday, March 15, at the Cuneta Astrodome.

Okumu expects UP Lady Maroons to bounce back: ‘We are no longer a team in progress’