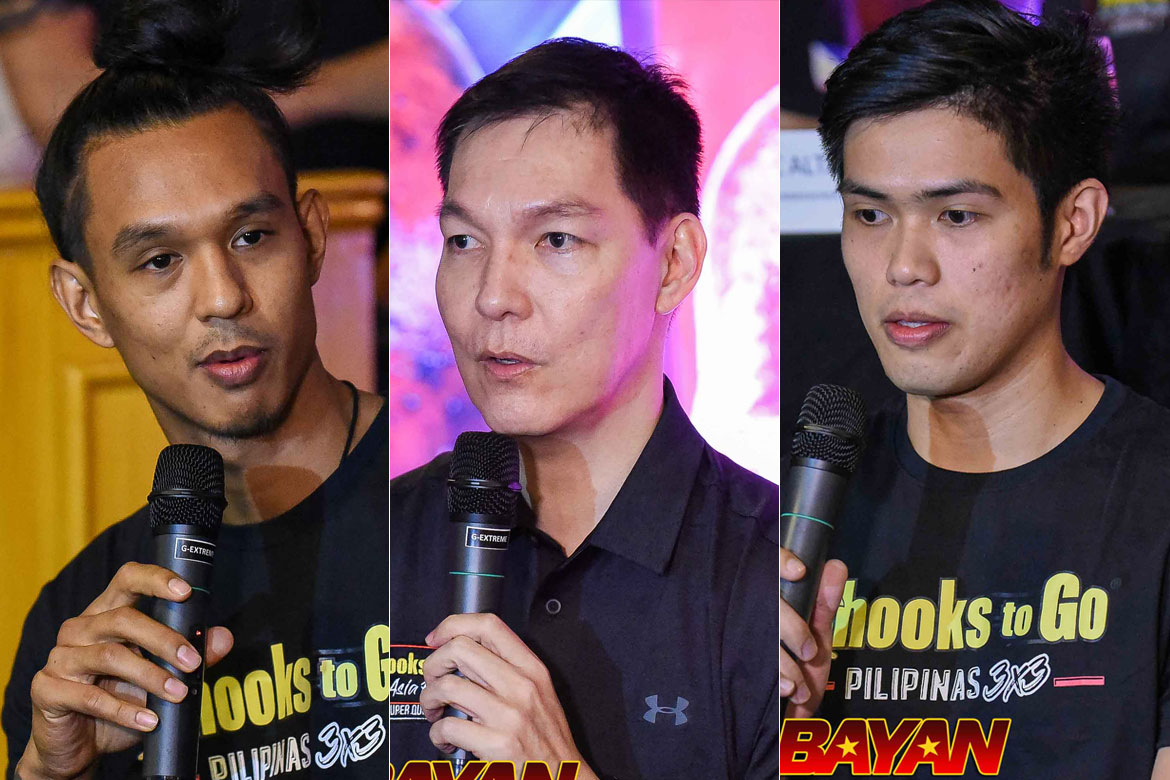 For some, the Holy Week is a time to reflect, take a breather, or spend time with their loved ones.

But for some members of Chooks-to-Go Pilipinas 3×3, they will not have any Lenten break.

On Holy Thursday, the players of Pasig Chooks (Pasig Kings) and Balanga Chooks (1Bataan Risers) will begin their campaign in the 2019 FIBA 3X3 World Tour Masters.

With this, family men Karl Dehesa and Santi Santillan, together with league commissioner Eric Altamirano, will not be surrounded by their family during this break.

“I think this is the first time I will be playing during the Holy Week,” shared Dehesa, a former four-year pro in the PBA who has two kids.

“When we were in the PBA, we usually take a break.”

“Yeah, first time na I will be working during the Holy Week,” said Altamirano, who has been in coaching since 1996.

“Right now, we are just focused on the World Tour. Konteng sakripisyo muna.”

All three admitted that their loved ones were saddened that they could not spend quality time with them during this break. But as they say, duty calls.

“They have no choice but to sacrifice as well.

“They will be praying for us and they’ll be rooting for us and following us sa live stream. We are hoping to give honor to God and to the country,” continued Altamirano, who has his son Anton with him as he is serving as the team manager in Doha.

READ  From Kelly to Troy to Sidney: TNT's shoe story

Balanga Chooks, who qualified for the global meet after placing second in the 2019 Chooks-to-Go Asia Pacific Super Quest, will have a tough task at hand, facing 2019 Wuxi Challengers champion Riga Ghetto at 9:50 pm (Manila time) and Moscow at 11:30 pm.

That is why the Balanga duo will lay it all on the line for the country and for their family.

“I wish my family can come with me and watch but maybe, that’s further down the line.”

Pasig, Balanga out to shock the world in Doha 3×3 Masters