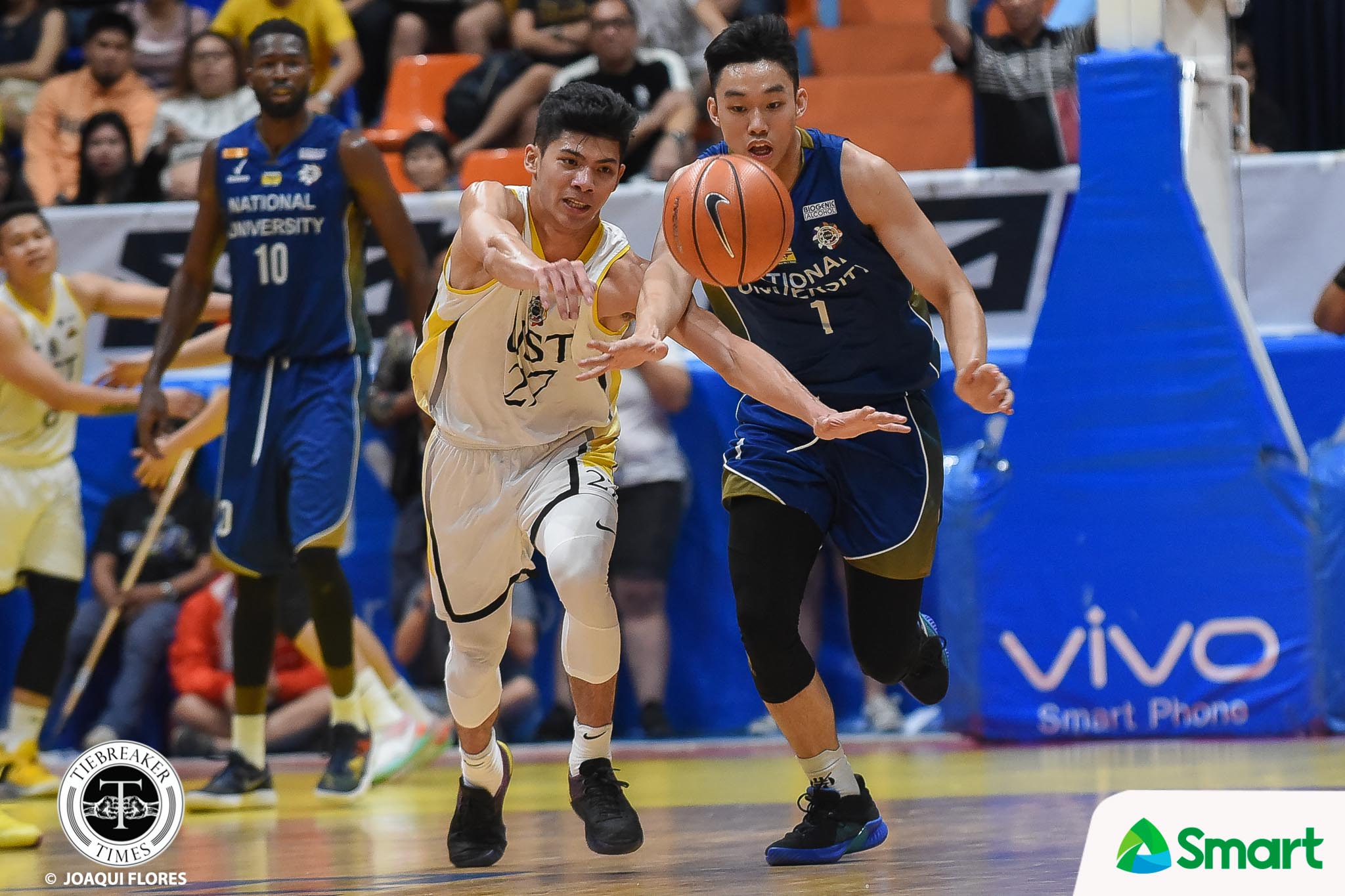 For the last two years, CJ Cansino and Dave Ildefonso have brought out the best in each other.

Who could ever forget their heated battles during Season 81?

“CJ really brings out the best in me. Magaling na player eh, so you have to perform para at least magka-level kayo or he is just one step above,” said Ildefonso in the past.

But now that University of Santo Tomas has let go of its former captain, why can’t the two arch-rivals make a truce?

With Ildefonso sitting out a year before being eligible to play for Ateneo de Manila University, he invited Cansino to join him.

Other Blue Eagles chimed in, with SJ Belangel looking back on their days with the Batang Gilas pool.

“Parang training lang sa FEU Morayta,” added Credo, as they were part of the 2015 Gilas Youth team that competed in the 2015 FIBA Asia Under-16 Championship.

It ended up in laughter, however, as Belangel misspelled Dave’s surname.