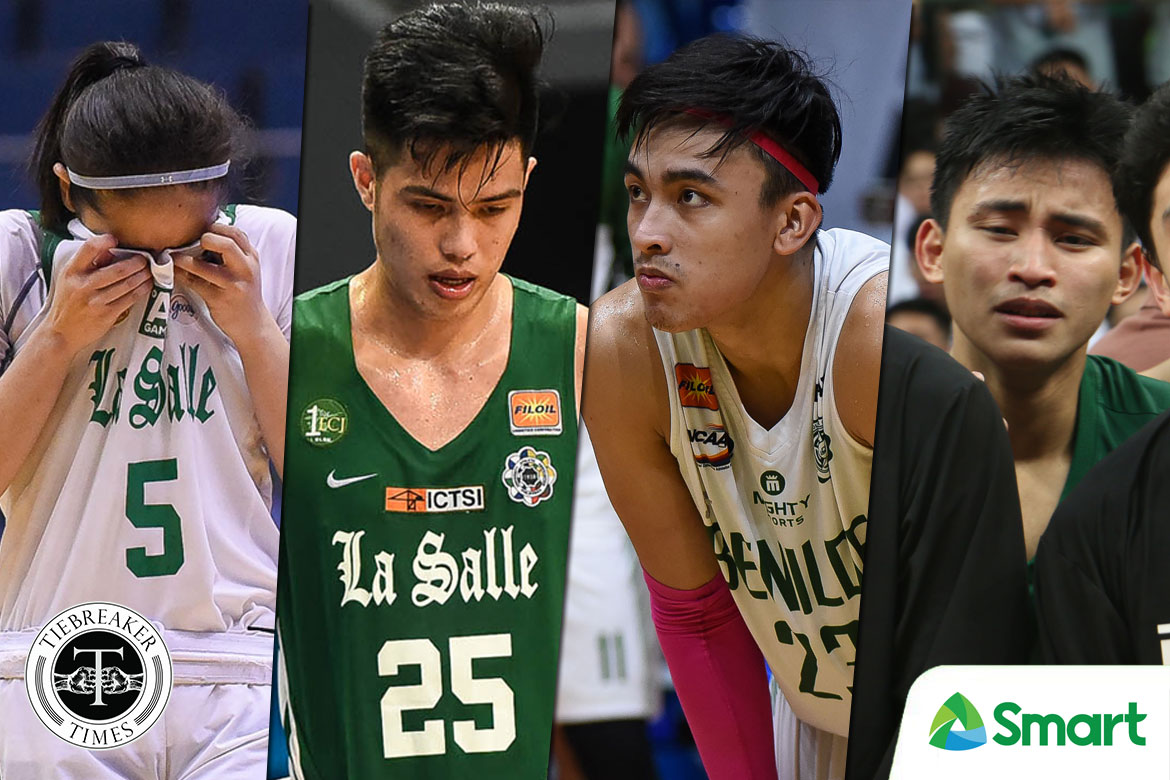 The past two months have been painful for the De La Salle University. The school’s proud basketball program has suffered heartbreak after heartbreak in a span of just a month.

It was as if there were a storm that wouldn’t go away. 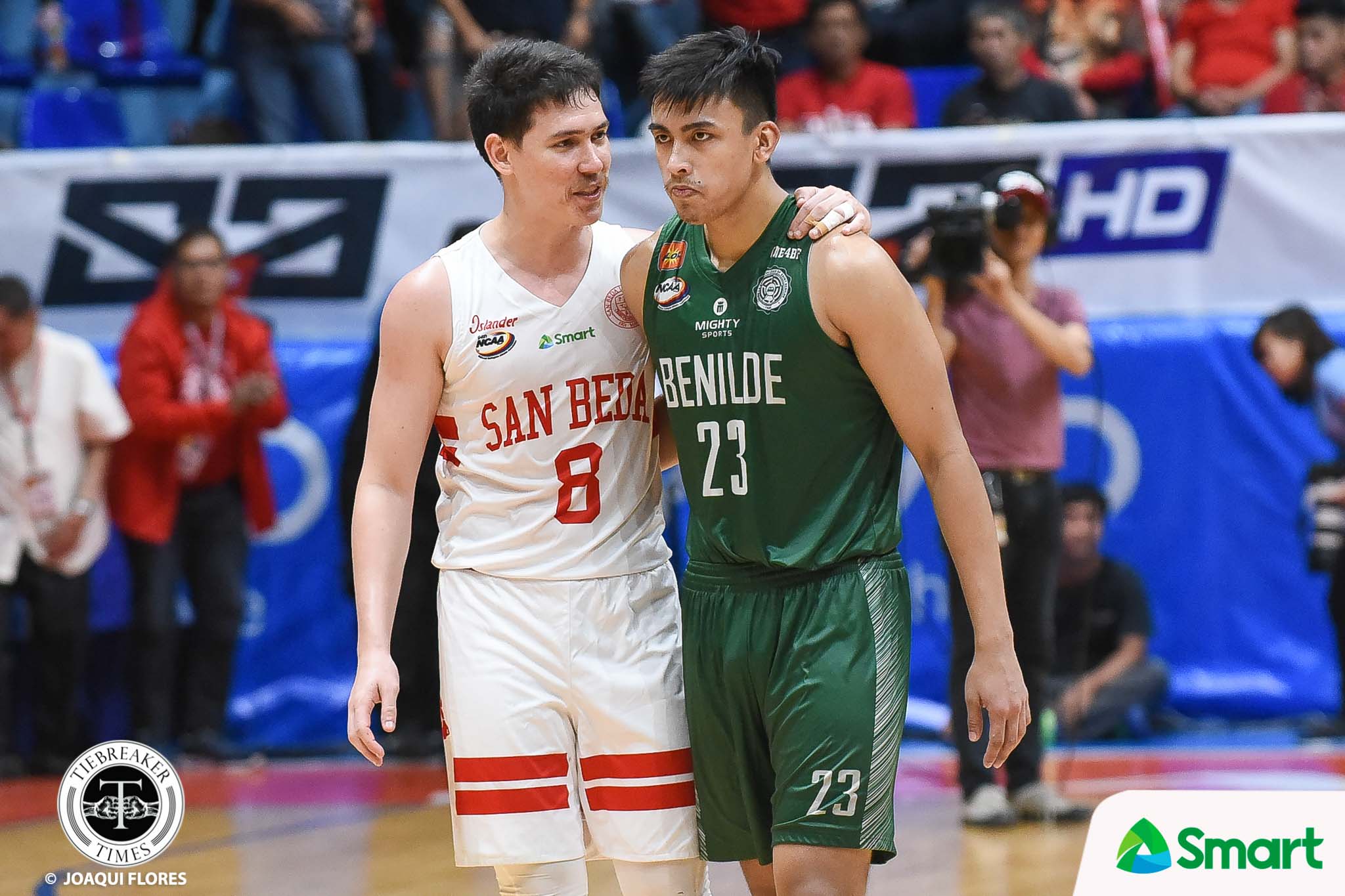 Things started with the De La Salle-College of Saint Benilde Blazers – although their battle was not on the hardcourt. Back in October 3, the NCAA investigated four student-cagers from the Perpetual Altas for playing in a ‘commercial’ league without getting clearance. Nine days after the reports surfaced, Saint Benilde took the initiative to file a letter of inquiry.

In most cases, the NCAA would have hammered forfeitures of all the games played by the four Altas players. Moreover, it would have resulted in Saint Benilde climbing to the fourth slot in the NCAA Season 94 Seniors Basketball Tournament – ending the school’s 16-year Final Four drought.

But the sanction only read as follows, “The Policy Board resolves to reprimand and sternly warn (Perpetual) that a similar infraction shall be dealt with severely.” A slap to the wrist by all accounts.

As they say, the law has no compassion. Though painful, the Blazers had to move on. 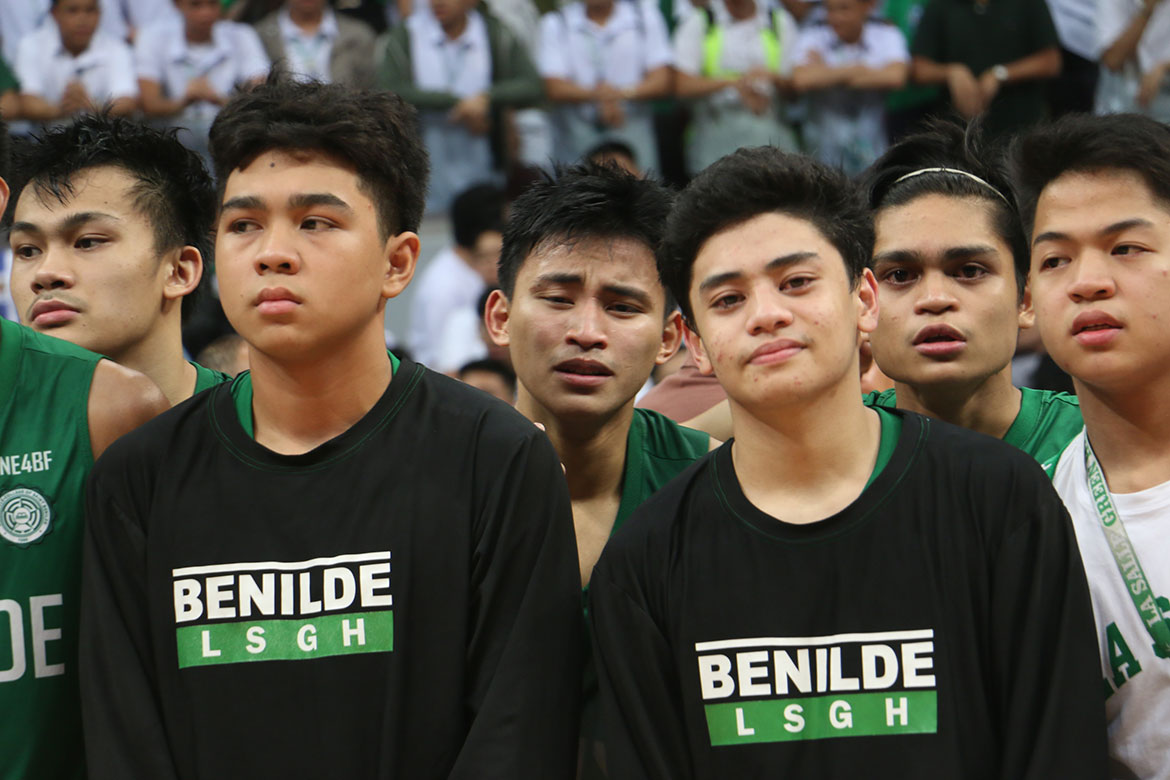 The Lasallians saw a ray of sunshine with the La Salle Green Hills Greenies. After exorcising the school’s NCAA Juniors Basketball curse a season ago, the Greenies came into the season as a powerhouse. They lost only two games in the elimination round, and were able to advance to their second straight Finals.

Standing in their way were the Malayan Red Robins. And the series did not just go to the limit – it went down to the dying seconds.

Down three with .5 seconds left, Joshua David threw up a rainbow from the top of the key, and – swish! Unfortunately, David’s shot was just .2 seconds too late, and the Green and White suffered another painful defeat last November 15.

The Greenies’ brothers, the De La Salle Zobel Junior Archers, were not spared as well. Ace big man Raven Cortez was devastatingly declared out for the first round of the UAAP Season 81 Juniors Basketball Tournament due to a bruised MCL.

The community needed a win, just one win to end their sorrow.

And so six days after the Greenies were dethroned, two La Salle squads – the Lady Archers and the Green Archers – had do-or-die games over at the UAAP last Wednesday. 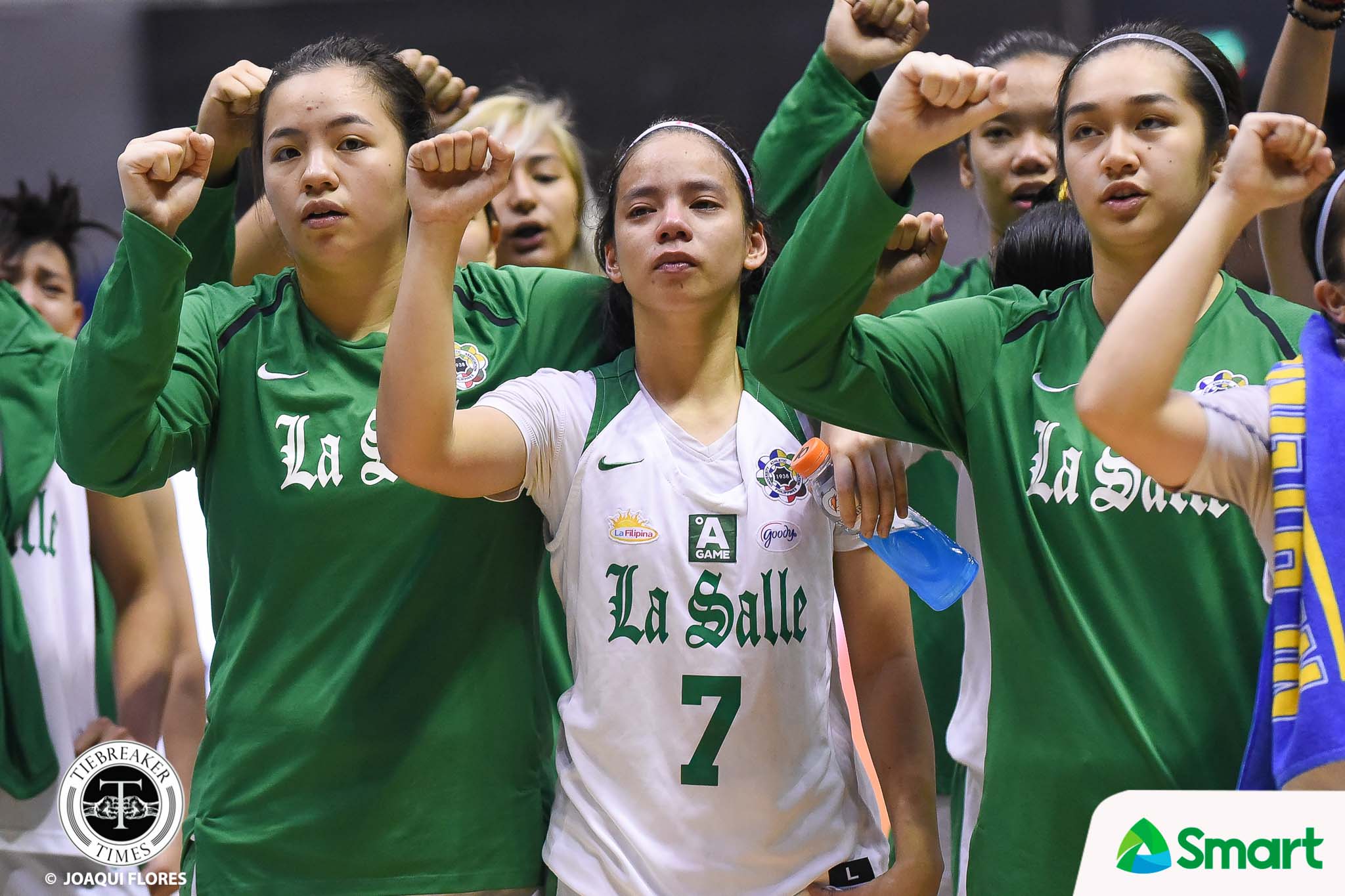 The Lady Archers began the day with a furious 11-0 start against the University of Santo Tomas Growling Tigresses. But behind their towering frontline, UST mounted a fightback, eventually figuring in a nip-and-tuck third canto. Though Khate Castillo and Camille Claro tried to keep La Salle afloat, UST proved to be too much. The Tigresses ended the tandem’s collegiate career and eliminating La Salle in the UAAP Season 81 Women’s Basketball Tournament.

Hours later, it was the Green Archers’ turn. 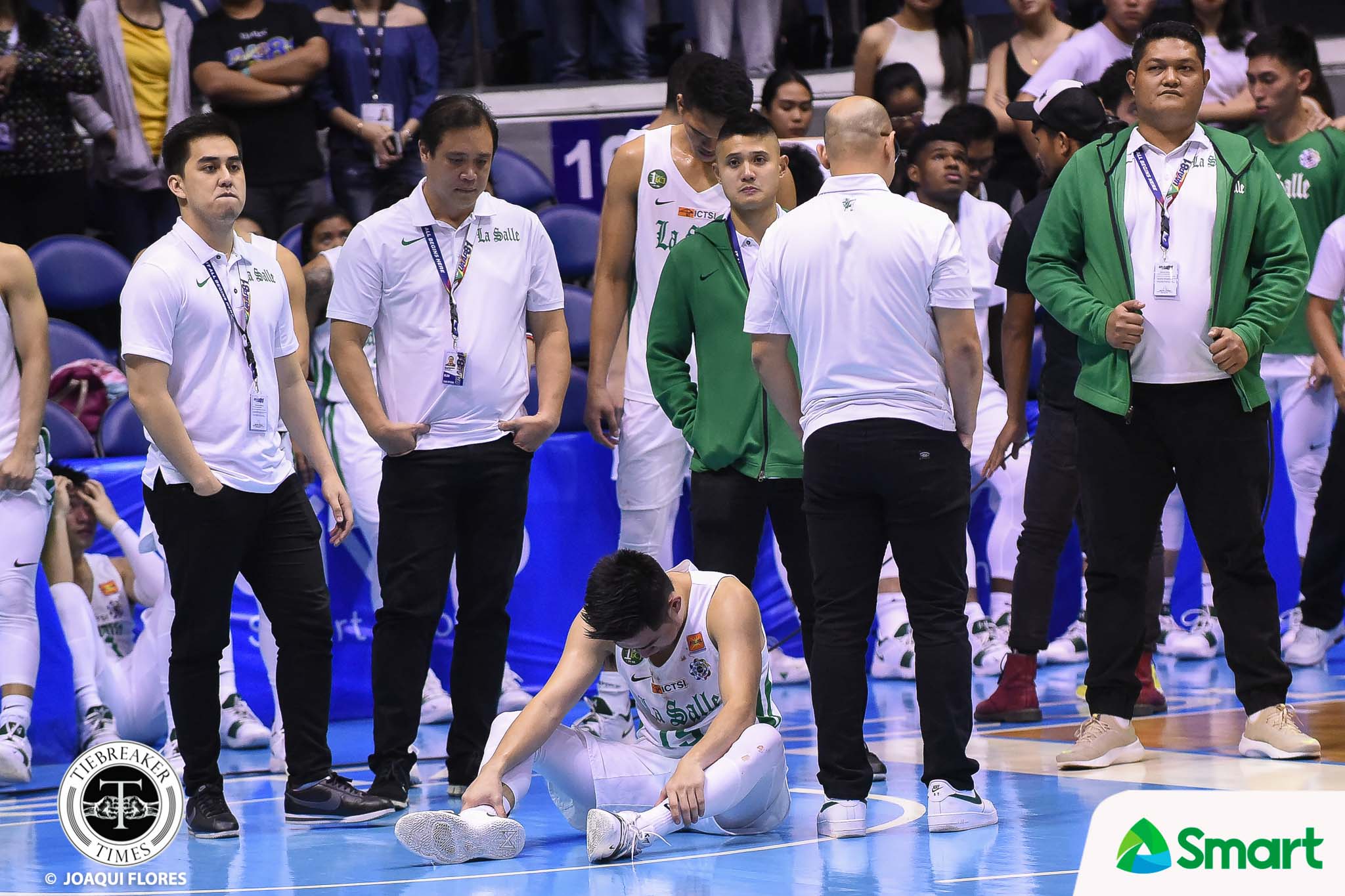 At the death, the senior men’s team were moments away from ending the slump against the Far Eastern University Tamaraws. Up by two with 23 seconds left, rookie Joaqui Manuel tried to go for the kill with nine seconds still left on the shotclock. It allowed FEU to set up up a beautiful pick-and-roll play that saw Arvin Tolentino knock down a wide-open triple to put the Tamaraws in the driver’s seat with 3.1 seconds left.

Off a time out, Louie Gonzalez drew up a beautiful off-the-timeout play – just as he has done all season long. A perfect lob by Aljun Melecio then found the graduating Santi Santillan underneath. Santillan, who is a sure-shot below the rim, went for a right-hander. However, the shot was overcooked.

Time expired on the Green Archers – an agonizing end to an already-painful season.

Four devastating setbacks, all in just a month – truly, the storm is dark over La Salle basketball. But the only thing each team can do is pick itself back up, then move forward.

As history has seen so many times, the sun will rise again over at La Salle.