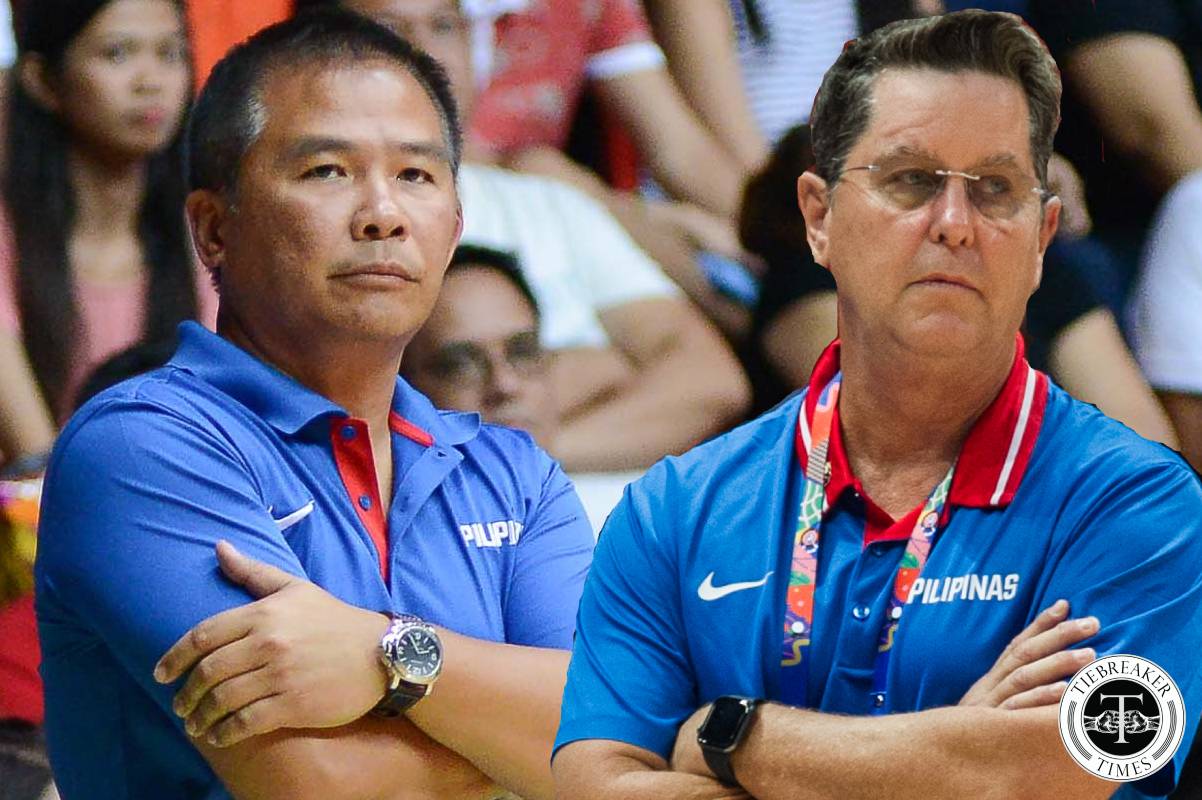 Tim Cone, who will serve as an assistant coach of the Gilas Pilipinas in preparation for the World Cup, said that the flak the national team has been receiving are “unfair and not realistic at this point”.

The country’s men’s basketball program has been under fire lately for its performance, most recently in the FIBA Asia Cup, where the Philippines finished ninth.

The PBA’s most decorated bench tactician echoed Gilas head coach Chot Reyes that this is still the early stages of preparation for the bigger stage which would be the 2023 World Cup to be co-hosted by the country alongside Japan and Indonesia.

“I’ve looked at it in a way that this is an evaluation period. We’ve already assured our spot in the World Championships so why put all of it in right now?” said Cone after his Ginebra closed its elimination schedule in the Philippine Cup with a 100-93 win over Phoenix.

“For me, it’s more of an evaluation and like a tryout to see who’s playing at this point.”

He then mentioned the different mix of rosters that the national team used starting in the 31st Southeast Asian Games up until the Asia Cup.

“They’re just getting ready and trying different guys. I think Bobby Ray Parks played for the first time this last time, they played without Dwight Ramos so you get an idea what it might be like playing without Dwight,” said Cone. “June Mar [Fajardo] didn’t play this time as opposed to the SEA Games so it’s a real mix of teams.”

“So for us to have these high expectations that we’re gonna go out and play this great basketball right now I think it’s a kind of unfair and not realistic at this point,” the PBA’s winningest coach added.

Of course, the expectations will always be there for Gilas in this basketball-crazed country and Cone wanted it to be better as well.

#ReadMore  No regrets nor excuses for CJ Perez

Although for now, he said that winning at this stage is just performative.

And that the real work is still ahead of the national team, which Philippines automatically earned a slot due to its hosting privilege.

“I think the way it’s going right now it could be prettier, it could be more pogi in terms of beating the teams and winning,” said Cone.

“But these are all, winning right now are all pogi points to me.

When Cone joined Gilas, he said that Reyes, who’s been receiving unlimited jabs from disgruntled fans, can expect all the support from him.

The two have worked multiple times already for the country and even in Alaska in the PBA.

“As for my role, I’m looking forward to joining. I’ve worked with Chot over the years. He knows in me that I’m gonna have his back and I’m gonna be the guy that will support him at all cause,” he said.

“That’s what assistant coaches do, we are there to support the coach.”