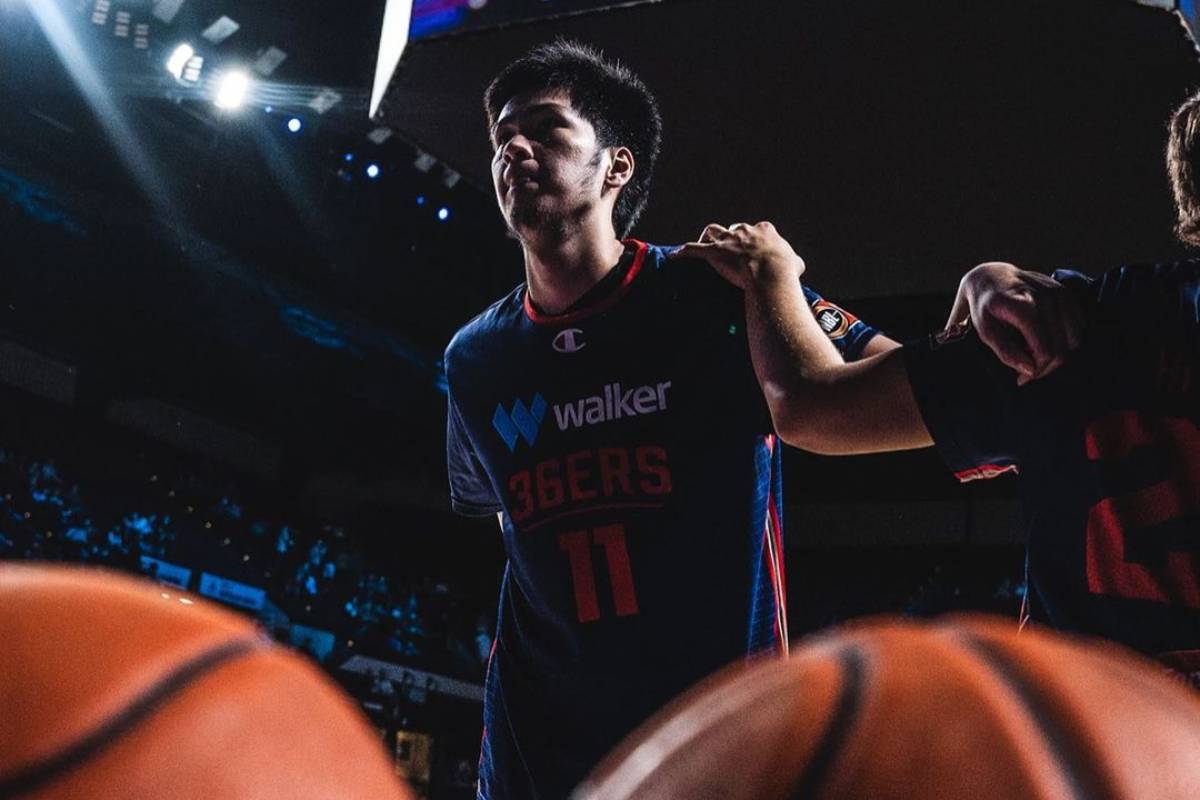 Tim Cone was among the many hoping to hear Kai Sotto’s name be called in the 2022 NBA Draft held Friday morning (Manila time).

And so he, along with an entire nation wishing to witness a homegrown talent be taken in the world’s best basketball league, felt a tad hurt when the 7-foot-3 wunderkind went undrafted in the proceedings at New York.

For Cone, the pandemic played a huge part in bringing down Sotto’s value heading into the draft.

It can be recalled that Sotto was supposed to be part of G League Ignite when the pandemic began in 2020. However, his plans did not come to fruition, ending up not playing a single official game for the elite group.

A year later, he played for Adelaide in the National Basketball League-Australia.

“The thing that really hurt him at this point, like a lot of guys, my son who’s 16, was the pandemic. Basically a year and a half, you lost your normal development.

“So he wasn’t able to showcase himself during those important years to build momentum, which makes it more difficult for him also,” said Cone shortly after Ginebra’s 75-72 win over San Miguel to take first place in the Philippine Cup, Friday night at the SM Mall of Asia Arena in Pasay. “But he still has a lot of pathways to the NBA, he just needs to explore.”

Still, the PBA’s most successful mentor said that this isn’t the end of the road for the 20-year-old, saying that there are lots of ways for him to make it.

#ReadMore  Thirdy Ravena has no qualms about off-the-bench role: ‘I’m just doing my job just like my teammates'

“That doesn’t end his journey at all to the NBA. Not by any means,” he offered.

“There’s so many different ways and paths to the NBA. The Draft is just one of them,” added the owner of a record 24 championships.

One of those Cone thinks of as a viable option for Sotto is the Summer League, which will run from July 7 to 17 in Las Vegas.

The American mentor himself is headed to the Summer League as well, as part of the Miami Heat’s coaching staff. And he didn’t hide that it would be ‘poetic’ if the ball club takes a chance on him for the upcoming tilt.

“I haven’t heard if he’s gone on to a Summer League team, I’m sure he will be because someone’s gonna pick him up — it would be nice if Miami did, that would be really poetic if Kai was picked up by Miami in the Summer League.

“He might go maybe the Kings, with Jimmy [Alapag], I don’t know, who knows?” he said, referring to Jimmy Alapag, who’s been an assistant coach with the Sacramento Kings’ NBA G-League affiliate, the Stockton Kings, since last year.

Cone said that Sotto could also sign two-way contracts with NBA teams, where he’d spend the bulk of the season in the G-League. But then again, the 64-year-old insisted that the Summer League could be a good starting point.

“You know, he can still go for a two-way contract, he can still get to the G-League and get call-ups from there. There are a lot of pathways he can still do. And surely, his team is exploring all of them,” he said.

“But I think the next step for him is to get to a Summer League team, and get playing time and showcase his skills,” he furthered.

Cone has always been supportive of Sotto ever since, and so he keeps the faith that the former Adelaide 36ers center in the NBL still has a shot of realizing his dream — and a dream of a country — of playing in the NBA.

“He’s got a shot. There’s no doubt. He’s got the size, got the skills. Someone’s gonna find him. If you’re that good they’ll find you in the NBA. You can’t hide.”