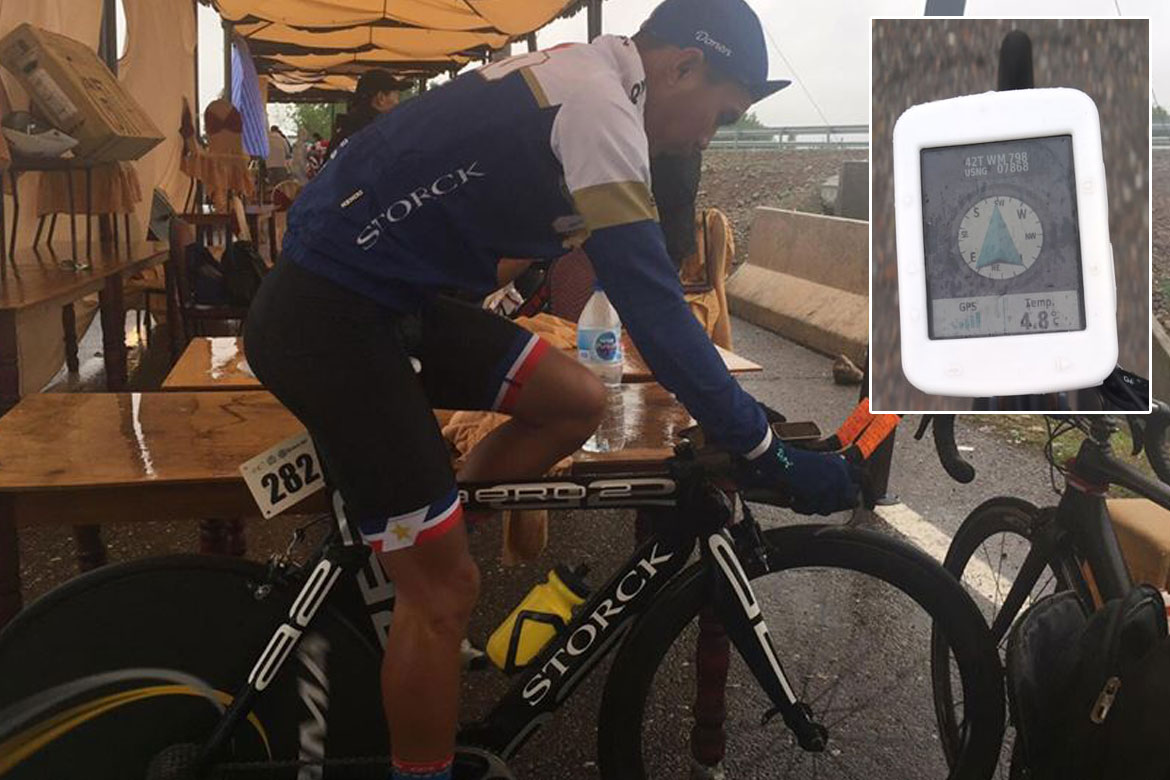 Lago, son of former Asian Duathlon king Mark Ryan Mendoza, was one minute and 48 seconds behind eventual winner Maxim Popuhayev of Kazakhstan, clocking 41 mins 37.45 seconds in the 30-kilometer race against the clock event.

Lago, who was the protagonist of the worldwide trending video when he seized the under-17 title of the Scratch It National Juniors Championships last year, had a hard time coping with the -9 degree Celcius weather, worsened by heavy rainfall in the Uzbek capital.

The Go for Gold team trained for nearly a month in Baguio before they flew to Uzbekistan for weeklong acclimatization.

Meanwhile, another Pinoy bet Daniel Ven Carino failed in his bid in the under-23 ITT, which was ruled by Kazakhstan’s Yevgeniy Fedorov with a clocking of 49 minutes and 46.28 seconds.

Carino only placed 15th after experiencing hypothermia during the 48-kilometer race.

“Kulay talong na si Daniel when he crossed the finish line. It was punishing for our riders especially that our boys are used to 35-degree Celsius weather. Para kasi kami naka-ref dito,” said Hualda.

“But we will give it a fight. We still have more events to play and we’re hoping to slowly acclimatize,” she added.

Meanwhile, sports patron and Go for Gold vice president for marketing Jeremy Go was not happy with the result, but insisted he can’t blame his wards for the condition.