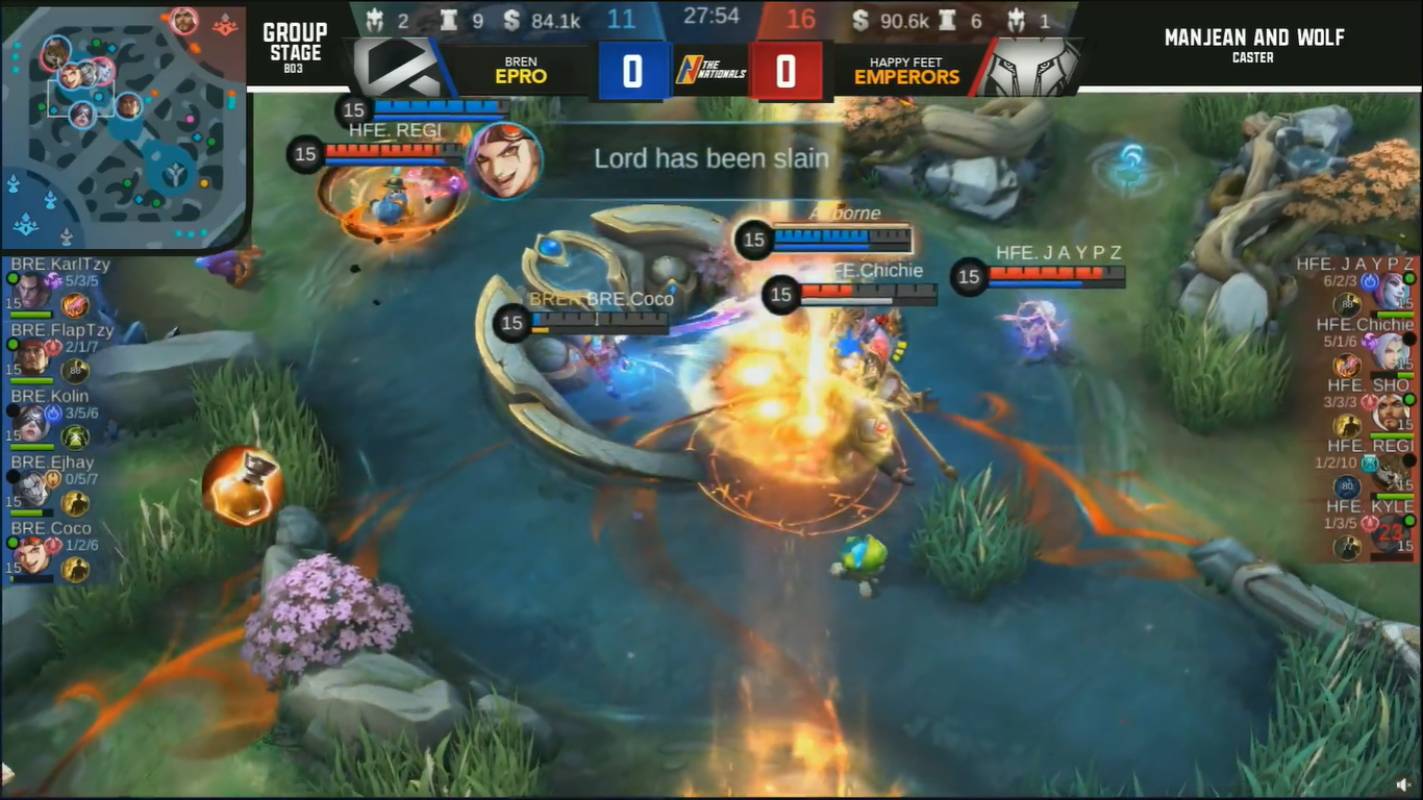 BREN Epro’s KarlTzy and Coco joined hands to give the Happy Feet Emperors a rude welcome in The Nationals Season Two Mobile Legends: Bang Bang through a 2-0 sweep, Saturday evening.

KarlTzy supplied the damage in Game One, putting up seven kills, three deaths, and five assists with his Brody to give BREN Epro the upper hand in the best-of-three series. Coco, on the other hand, showed no rust in his return, securing the lord kill that sealed the deal for BREN.

Coco, who used his signature X.Borg, had a kill, three deaths, and six assists across his name while the debuting Kolin finished with three kills, five deaths, and eight assists with his Pharsa.

The Emperors had a brave stand in Game One, leading the kills tally with 17 compared to BREN Epro’s 13. The Team Payaman-backed squad also dragged the defending MPL-Philippines champions to 28 minutes and 51 seconds of game time.

Ribo and Pheww subbed in for BREN Epro in the second match which changed the trajectory of the series.

With the two veterans coming in for Game Two, BREN Epro wasted no time to dispatch Happy Feet.

The season finale champions completed a five-man wipe at the 11:40-mark of the game. They also cleared all but two of Happy Feet’s turrets. Though they were unable to finish the game at the time, BREN Epro decided to secure the lord for the victory.

KarlTzy (Ling) and Coco (Brody) were once again in the middle of it all. The former put up seven kills, a death, and eight assists while the latter ended up with four kills, two deaths, and seven assists.

Ribo, who played the Khufra this time around, supplied two kills, a death, and 12 assists for BREN.

On the other hand, Chichie struggled mightily for Helcurt with five kills, six deaths, and three assists.