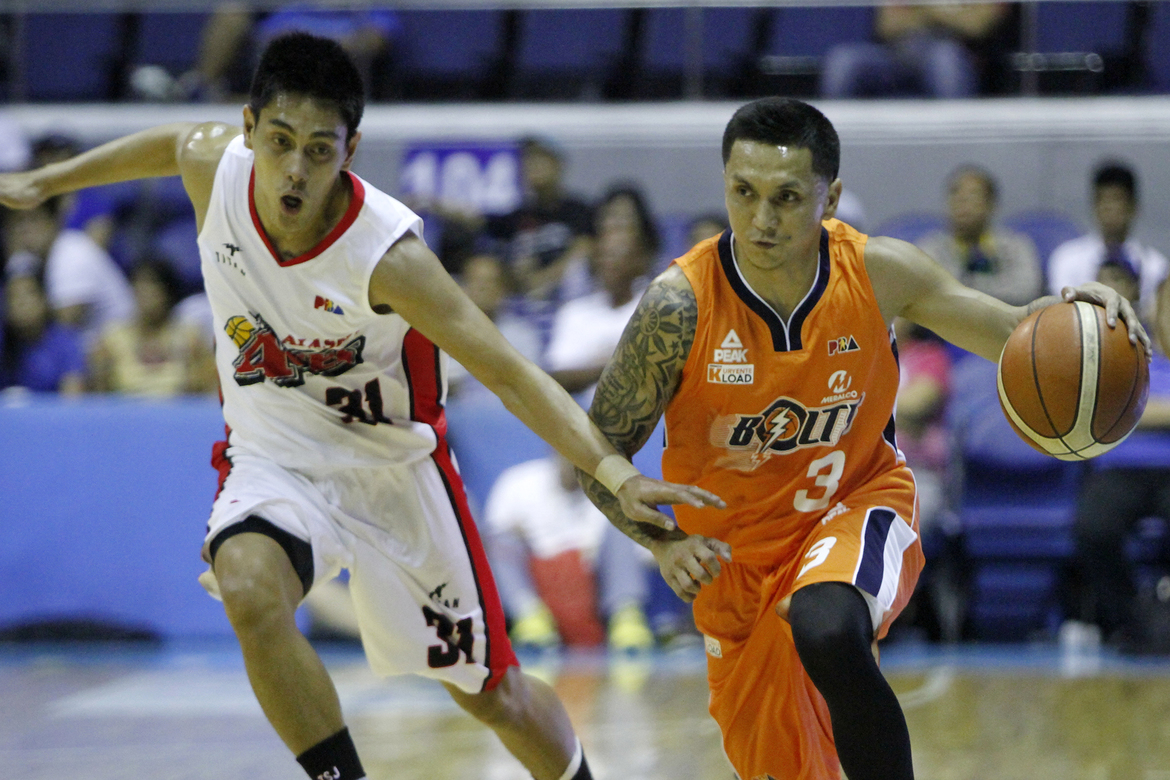 The Meralco Bolts clinched one of the two twice-to-beat incentives after claiming a hard-fought 107-101 win over the Alaska Aces Friday night in the PBA Commissioner’s Cup at the Smart-Araneta Coliseum.

Jimmy Alapag scored seven straight points to break a 98-all tie in the fourth quarter and hand the Bolts a 105-100 lead with just under 20 seconds left in the match.

Ryan Buenafe then sealed the game with two more foul shots, handing Meralco a win which pushed the team to 8-2 in the team standings. The Bolts will enter the quarter-finals with a twice-to-beat edge against either the seventh- or eighth-seeded team.

Alapag finished with 16 points including 8-for-10 free throws. Arinze Onuaku led the Bolts with 28 points on 11-for-15 shooting and 19 rebounds.

Onuaku scored 20 points in the first half alone, as the Bolts took advantage of his size by giving him several touches early on.

Meralco led by as much as 66-54, but had to weather a third quarter surge from the resilient Aces. Calvin Abueva scored 10 of his 27 points in the period, which Alaska won, 29-21 to enter the fourth trailing by just 86-83.

Cyrus Baguio hit a triple later to tie the count at 98 apiece with just over two minutes left, before Alapag sank four straight free throws and converted a lay-up with 33.6 seconds to go to make it 104-98.

“This is the first time we beat Alaska (after two years). It is nice to be able to beat the Aces since I coached. Our offense is starting to pick up unlike in the beginning of the conference,” Meralco head coach Norman Black said.

Black added the Bolts will go all-out in their last meeting to gain even more momentum while preparing for the next round.

“Definitely, we want to win our last game to get some momentum heading to the play-offs. We have a chance of winning this conference and it starts with our defense. I liked our defense tonight.”

Alaska dropped to 6-4 in the conference, trying Barangay Ginebra and Rain or Shine from third to fifth spots.

The legend of Jimmy Alapag lives on