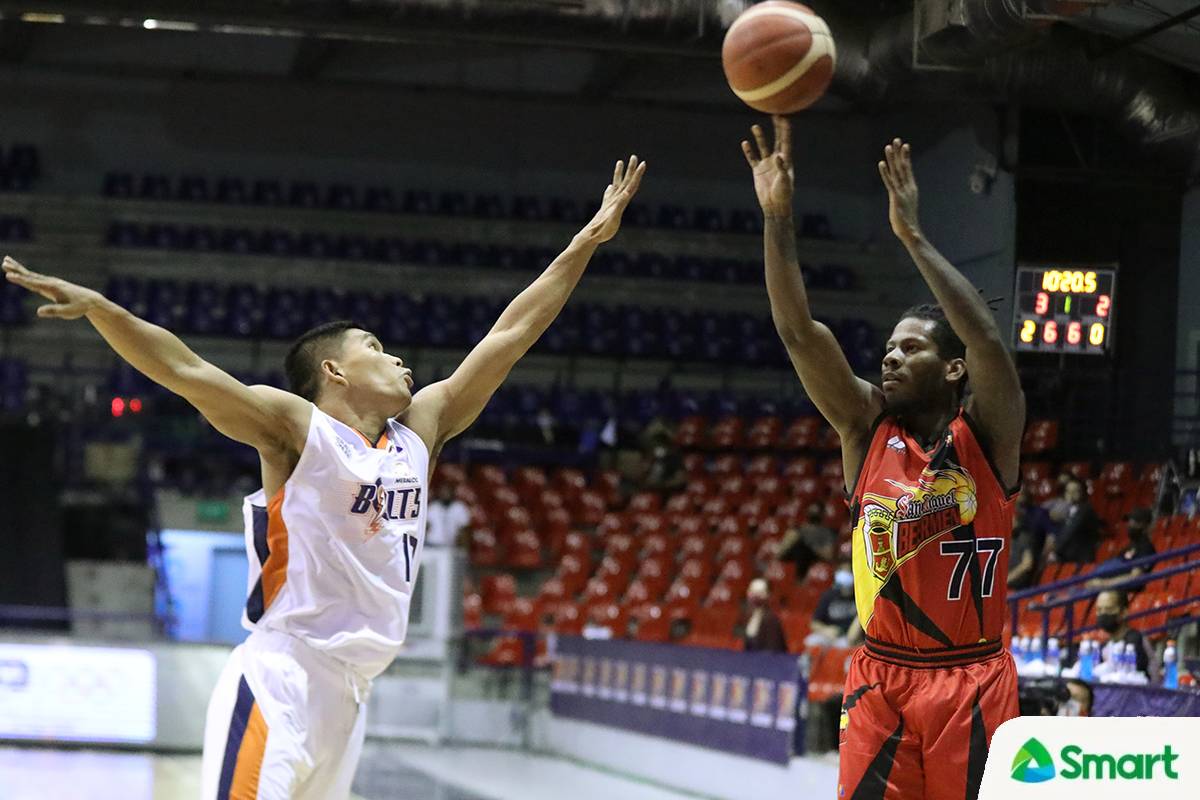 CJ Perez admitted that he is still finding his place in San Miguel’s scheme of things. Still, he feels happy to finally have his first game in the books.

The team acquired the young star via trade with Terrafirma during the offseason. And he made his much-anticipated debut for the Beermen opposite Meralco in their 2021 PBA Philippine Cup opener, Sunday at the Ynares Sports Arena.

Like all the other ball clubs, the star-studded crew didn’t have the luxury of playing together prior to the season as no tune-ups were held.

Perez himself is re-adjusting as well — not just to his new team, but to the 5-on-5 setting. For months, he was playing in the halfcourt game as he and Mo Tautuaa represented Gilas Pilipinas in the FIBA 3×3 OQT in Graz, Austria.

Still, the 2019 Rookie of the Year made a good account of himself in his first game as a Beerman. A starter, Perez signified his arrival by sinking the game’s first bucket — a three-pointer off an Arwind Santos assist.

He eventually finished with 17 points, six rebounds, two steals, and a block in over 28 minutes of play. Unfortunately, his efforts went for naught as the Beermen fell short in their comeback attempt, 87-93.

Despite the loss, the 2018 top pick has shown right away how he can contribute to a team as stacked as San Miguel. Perez, though, is in no rush to find his niche with the powerhouse squad right away.

He’s taking it one game at a time. And another opportunity to grow will come on Friday when they take on NLEX (1-1), which is coming off a big 94-75 victory over defending champions Barangay Ginebra San Miguel Sunday.